Laodicea was a major hub of Christianity. The Laodicean Church was one of the Seven Churches of Asia mentioned in the Bible. 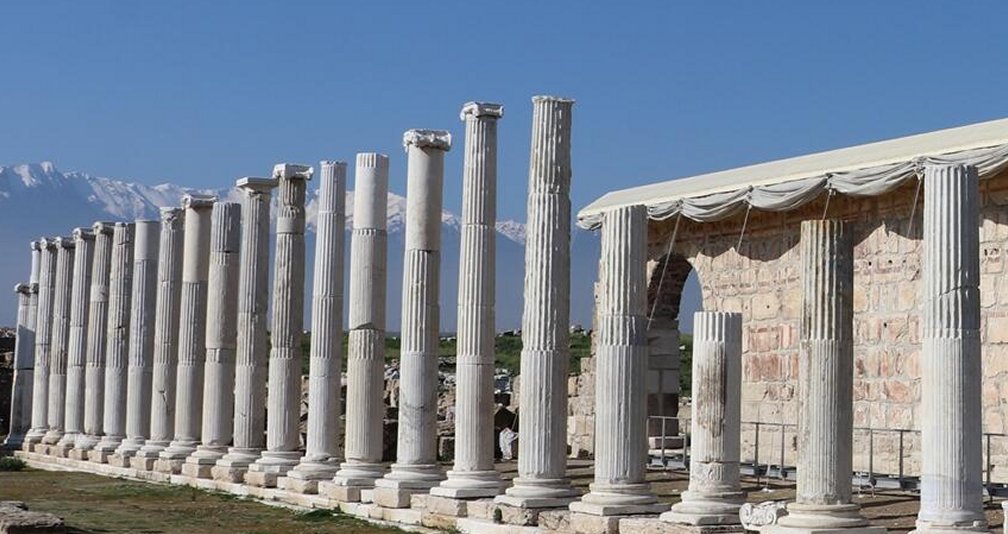 Hurriyet Daily News reports the blocks were buried seven meters underground due to an earthquake that hit the area in 494 AD.

Home to historical ruins dating back to 5,500 BC, Laodicea was one of the most important centers of trade, art, and sports in ancient Anatolia considered the heartland of modern Turkey, and today it attracts many tourists to the area, reports

The ancient fresco travertines were recovered during the excavations two years ago, using special excavation techniques. In addition, a recently recovered wall featuring panels showing painted Corinthian blocks, figure drawings and various depictions will soon be on display for visitors. 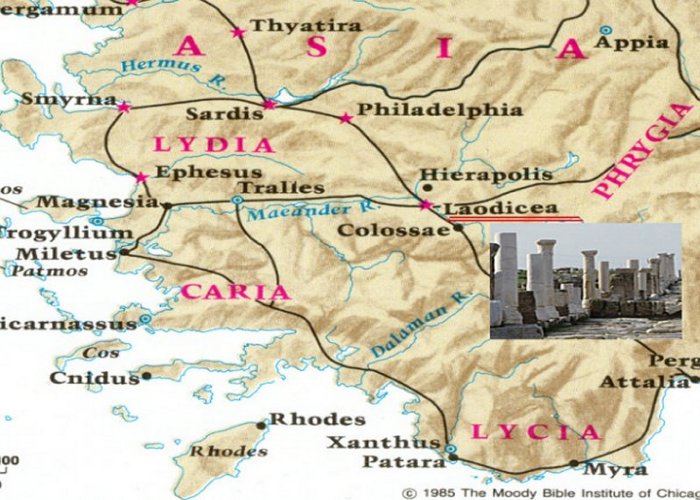 Each recovered block and figure is listed and categorized then prepared for display, Archeologist Celal Şimşek from Pamukkale University in Denizli. told Anadolu Agency (AA).

“These legendary fresco travertines were preserved underground thanks to the debris that fell onto them after the earthquake,” he explained.

“In terms of its width and its depictions, we believe this structure is one of a kind in the world. We recovered a wall spanning 52 meters long and nine meters high. We plan to open it to visitors in April.”

Roman coins bearing the profile of Emperor Gallienus, who reigned in 253-268 A.D., were found in the excavations, he said. 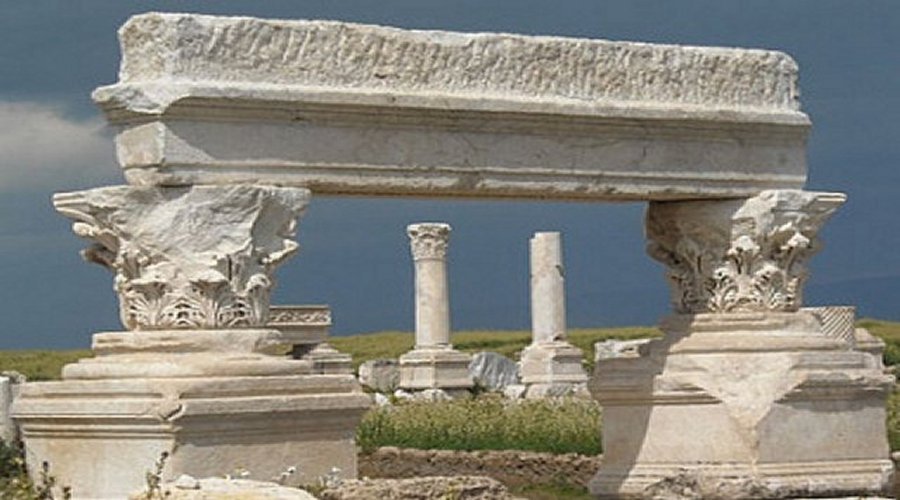 “These coins come from the third century, which shows this wall and frescos dating back to 1,750 years ago. This is the first time such a large wall was discovered. Among the other important walls are those from the palace at Crete walls and the city walls of Pompeii.

But the biggest and most magnificent wall is here in Laodicea. People eager to see the ancient structure will contribute to Turkey’s economy and tourism, Şimşek said.

Laodicea – one of Asia Minor’s most flourishing cities – was built upon seven hills. The city minted coinage, some of which have inscriptions showing evidence of the worship of the pagan deity Zeus and of the emperors.

According to first-century Greek historian Strabo, Laodicea was also home to a well-known medical school. It was a wealthy town, known as a strategic banking center. Wealth was used to pay for the reconstruction of the city after a devastating earthquake in A.D. 60, rejecting offers of financial aid from Rome

Laodicea (Laodikya) is listed on UNESCO’s World Heritage temporary list and home to one of the seven churches mentioned in the Christian New Testament, excavations in the ancient city of Laodicea (Laodikya) have been ongoing since 2003 under the supervision of archeologist Celal Şimşek from Pamukkale University in Denizli.