Conny Waters – MessageToEagle.com – Christopher Columbus’ accounts of the Caribbean include harrowing descriptions of fierce raiders who abducted women and cannibalized men. These stories have long been dismissed as myths, but it’s now time to re-write ancient history.

A new study shows Columbus was really telling the truth.

Using the equivalent of facial recognition technology, researchers analyzed the skulls of early Caribbean inhabitants, uncovering relationships between people groups and upending longstanding hypotheses about how the islands were first colonized.

One surprising finding was that the Caribs, marauders from South America and rumored cannibals, invaded Jamaica, Hispaniola and the Bahamas, overturning half a century of assumptions that they never made it farther north than Guadeloupe. 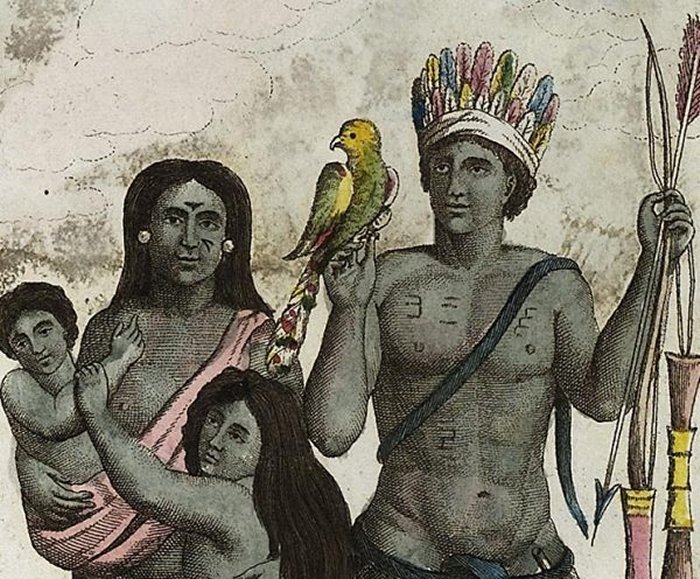 Caribs hailed from the Northwest Amazon, and archaeologists long believed they never expanded north of the Lesser Antilles. Detail from a painting by John Gabriel Stedman. Credit: Public Domain

“I’ve spent years trying to prove Columbus wrong when he was right: There were Caribs in the northern Caribbean when he arrived,” said William Keegan, Florida Museum of Natural History curator of Caribbean archaeology. “We’re going to have to reinterpret everything we thought we knew.”

Secrets Of Mona’s Caves: Rock Art Reveals Ancient People Were Ahead Of Their Time Long Before The Arrival Of Columbus

Columbus had recounted how peaceful Arawaks in modern-day Bahamas were terrorized by pillagers he mistakenly described as “Caniba,” the Asiatic subjects of the Grand Khan. His Spanish successors corrected the name to “Caribe” a few decades later, but the similar-sounding names led most archaeologists to chalk up the references to a mix-up: How could Caribs have been in the Bahamas when their closest outpost was nearly 1,000 miles to the south?

But skulls reveal the Carib presence in the Caribbean was far more prominent than previously thought, giving credence to Columbus’ claims. 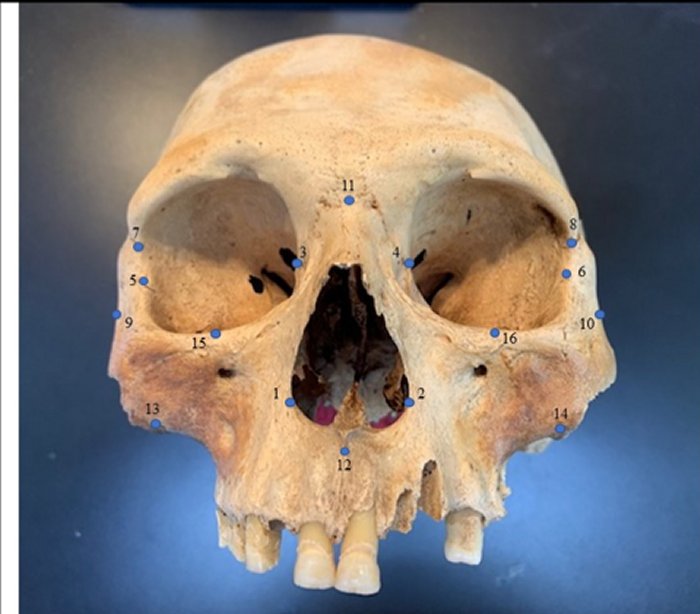 Ann Ross, a professor of biological sciences at North Carolina State used a 3-D facial “landmarks,” such as the size of an eye socket or length of a nose, to analyze more than 100 skulls dating from about A.D. 800 to 1542. These landmarks can act as a genetic proxy for determining how closely people are related to one another.

The analysis not only revealed three distinct Caribbean people groups, but also their migration routes, which was “really stunning,” Ross said.

Looking at ancient faces shows the Caribbean’s earliest settlers came from the Yucatan, moving into Cuba and the Northern Antilles, which supports a previous hypothesis based on similarities in stone tools. Arawak speakers from coastal Colombia and Venezuela migrated to Puerto Rico between 800 and 200 B.C., a journey also documented in pottery. 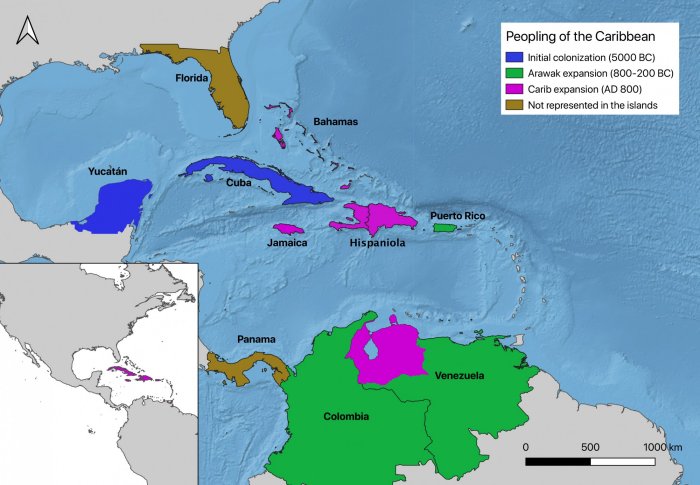 For the past 30 years, archaeologists have debated how the Caribbean was settled and by whom. The skull analysis revealed three distinct people groups and migrations. One previous hypothesis proposed the Caribbean’s colonizers included people from Florida and Panama, but the researchers did not find biological evidence to support this line of thinking.  Credit: Ann Ross/North Carolina State University

The earliest inhabitants of the Bahamas and Hispaniola, however, were not from Cuba as commonly thought, but the Northwest Amazon—the Caribs. Around A.D. 800, they pushed north into Hispaniola and Jamaica and then the Bahamas where they were well established by the time Columbus arrived.

“I had been stumped for years because I didn’t have this Bahamian component,” Ross said in a press statement. “Those remains were so key. This will change the perspective on the people and peopling of the Caribbean.”

This new study also lays to rest an old puzzle. Scientists have wondered why a type of pottery known as Meillacoid appeared in Hispaniola by A.D. 800, Jamaica around 900 and the Bahamas around 1000.

The sudden appearance of Meillacoid pottery also corresponds with a general reshuffling of people in the Caribbean after a 1,000-year period of tranquility, further evidence that “Carib invaders were on the move,” Keegan said.

Raiders Of The Lost Arawaks

So, was there any substance to the tales of cannibalism?

Arawaks and Caribs were enemies, but they often lived side by side with occasional intermarriage before blood feuds erupted, he said. 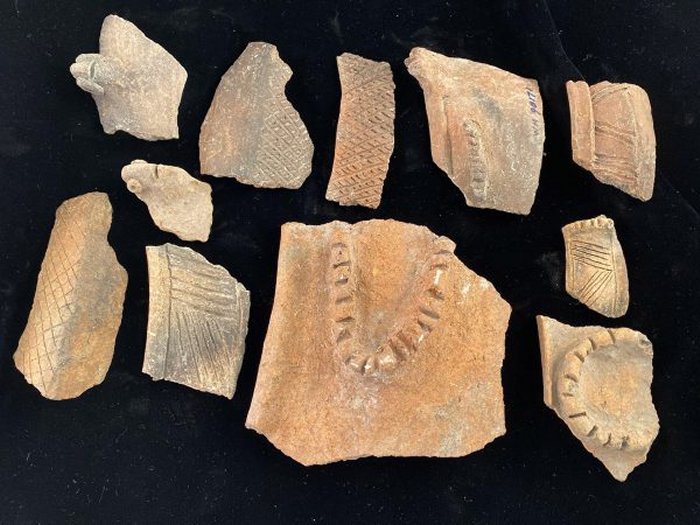 Keegan had been stumped for years by the appearance of a distinct type of pottery in Hispaniola, Jamaica and the Bahamas. He now believes it is the cultural fingerprint of a Carib invasion and likely originated in the Carib homeland of South America. Credit: Ann Ross/North Carolina State University

“It’s almost a ‘Hatfields and McCoys’ kind of situation,” Keegan said. “Maybe there was some cannibalism involved. If you need to frighten your enemies, that’s a really good way to do it.”

Whether or not it was accurate, the European perception that Caribs were cannibals had a tremendous impact on the region’s history, he said. The Spanish monarchy initially insisted that indigenous people be paid for work and treated with respect, but reversed its position after receiving reports that they refused to convert to Christianity and ate human flesh.

“The crown said, ‘Well, if they’re going to behave that way, they can be enslaved,'” Keegan said. “All of a sudden, every native person in the entire Caribbean became a Carib as far as the colonists were concerned.”