Ellen Lloyd – MessageToEagle.com – The Austrian J.F Blumrich – a friend of the White Bear, an old and wise member of the Hopi Tribal Council – documented some of the Hopi’s beliefs.

He also had an interesting dialogue with the White Bear. During this conversation, the White Bear revealed astonishing secrets regarding the legendary Kachinas (Kyakyapchina).

The Hopi Indians are an American culture consisting of about 5000 inhabitants living in Arizona. The Hopi consider their land to be sacred.

They received the land from the “Great Spirit” and it is their duty to guard and take care of the land. Although the Hopi do not possess any written records of their ancient myths and legends, they have, thanks to oral traditions managed to preserve the knowledge of their ancient visitors. 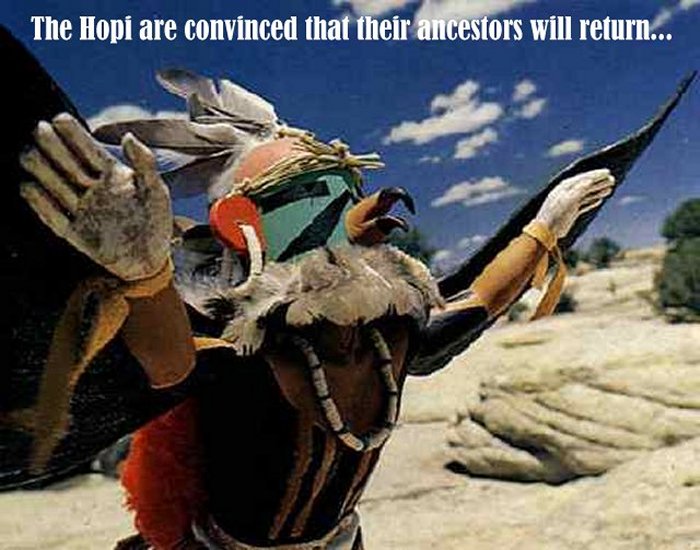 In ancient times when the Hopi did not know the art of writing, all the knowledge of their origin was kept in the mind of the oldest and most intelligent man or woman in the tribe.
Therefore, when this person died a lot of valuable information was unfortunately lost.
Hopi, which means “peace”, are usually reluctant to share their beliefs with strangers.

According to the Hopi, the Kachinas were no gods but they could be described as watchers. The gods sent them and their mission was to teach, defend, and watch over the Hopi.

The Kachinas were real physical beings of flesh and blood, and they looked just like ordinary humans. They came from a distant planet the Hopi called Tóonáotakha, located outside our solar system.

The Kachinas used flying vehicles to move around on Earth, or when they traveled back to their home planet.

These flying machines had different size and names. One of them was called “Páatoówa “.

This object was used to fly above the water. Furthermore, their crafts were extremely fast and the Kachinas could conquer immense distances in space during only a few seconds.

Just like other sky gods in various cultures around the world, the Kachinas were also responsible for creating the Man. The Hopi Indians tell that humans were created under mysterious circumstances. 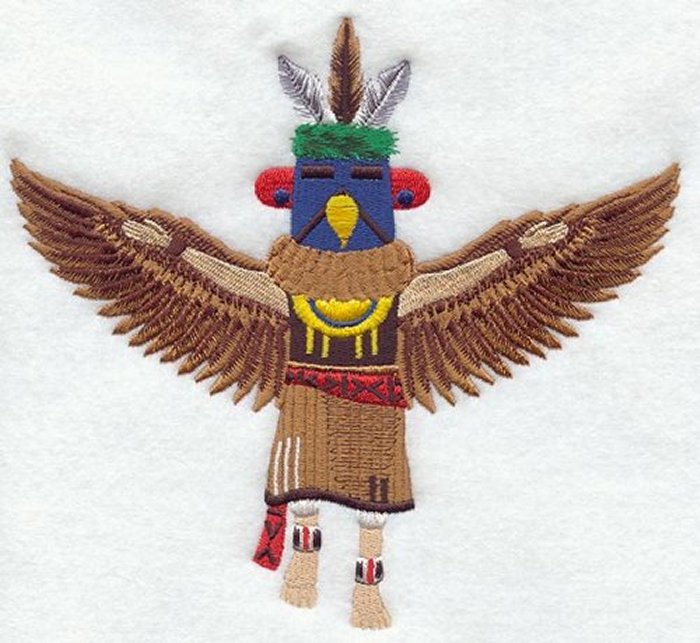 Chosen women got pregnant without having any intercourse. This reminds us immediately of how Maria became pregnant and Jesus Christ was born.

One of the Hopi civilization’s most interesting petroglyphs is called the “Star-blower”. It tells a story of how the Hopi’s ancestors, the Kachinas, had visited various worlds and traveled through endless space before they finally reached the Earth. This petroglyph also depicts several strange and unearthly figures, of which symbolism is difficult to understand for people outside the Hopi tribe.

There is no doubt that the Kachinas played an essential role in the daily and religious life of the Hopi. They influenced the Indians to such an extent that they even today perform traditional dances to honor their ancient Kachina visitors.
The Hopi are not the only ones, who believe in the Kachinas.
Other Indian tribes such as the Navajo and Zuni Indians share the same beliefs. The Hopi manufacture small dolls looking like the Kachinas and give them to the children so they will not be scared when the Kachinas come back one day.

The Hopi are convinced that their ancestors will return.

Although the Hopi elders are reluctant to share the details of the legend, the petroglyphs, nevertheless, show strange beings performing an extraordinary ritual.