Cynthia McKanzie – MessageToEagle.com – Millions of people around the world believe in the existence of extraterrestrials. Considering the vastness of the Universe and the huge number of stars and alien planets, most think it’s unlikely we are the only intelligent species in space.

“The universe is a pretty big place. If it’s just us, it seems like an awful waste of space,” Carl Sagan once said. We know there are billions of galaxies, each of which contains billions of stars, so to many of us it’s unimaginable we are alone. Someone must be out there somewhere. That’s what many ordinary people think. 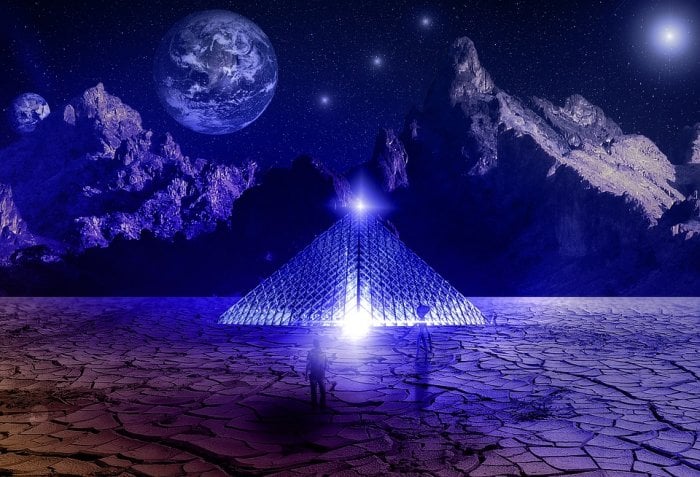 But can religion and beliefs in extraterrestrials co-exist? To many who do believe in God it’s no problem to consider there are other intelligent alien life-forms in the Universe. Those who think God created humans, often say this mighty power could have created other beings as well.

Could religions worldwide be threatened by belief in UFOs and extraterrestrials?

Diana Pasulka, a professor at the University of North Carolina and author of the new book American Cosmic emphasizes belief in alien life-forms in space is becoming a new religion.

In her book, Pasulka discusses her meetings with top scientists who believe in the existence of extraterrestrial life. She also writes several of them claim we possess reverse-engineering technology from what they insisted was alien aircraft. When Pasulaka started to write the book, she didn’t believe in aliens, but she was stunned to see how many are convinced advanced extraterrestrials do exist.  She also elaborates on what role media, governments, and other institutions play in the discussion of extraterrestrials.

In an interview with the Vox, Pasulka said she is a scholar and her goal when writing the book was nether to judge religious people nor those who believe in extraterrestrial life. The book is not an attempt to determine whether religious beliefs are true, but to examine the effects of the belief itself.

“Within the history of many traditional religions, institutions, including governments, have been involved in monitoring and often forming and shaping the interpretations of the contact event, This fact is becoming less controversial and suggestive of conspiracy to UFO believers, and the focus is shifting now to how institutions monitor, and sometimes actively shape, the interpretations of contact events. Perceived contacts with nonhuman intelligences are powerful events with unpredictable social effects, Pasulka writes in her book. 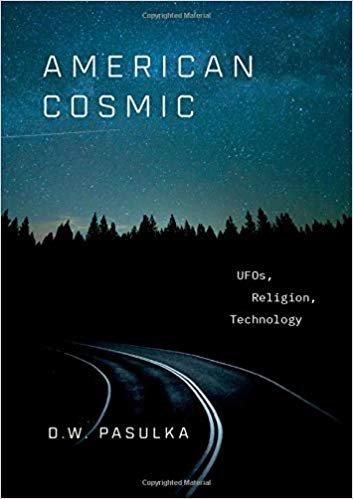 More than half of American adults and more than seventy-five percent of young Americans believe in intelligent extraterrestrial life. This level of belief rivals that of belief in God. American Cosmic examines the mechanisms at work behind the thriving belief system in extraterrestrial life, a system that is changing and even supplanting traditional religions.

Over the course of a six-year ethnographic study, D.W. Pasulka interviewed successful and influential scientists, professionals, and Silicon Valley entrepreneurs who believe in extraterrestrial intelligence, thereby disproving the common misconception that only fringe members of society believe in UFOs. She argues that widespread belief in aliens is due to a number of factors including their ubiquity in modern media like The X-Files, which can influence memory, and the believability lent to that media by the search for planets that might support life. American Cosmic explores the intriguing question of how people interpret unexplainable experiences, and argues that the media is replacing religion as a cultural authority that offers believers answers about non-human intelligent life. Read more

She explains that “the various types of belief in UFOs can be traced as cultural processes that develop both of the modern UFO narrative, turning medieval angles into aliens, for example What was once a belief localized within small pockets or groups of believers under the umbrella term “UFO religions” is now a widespread worldview that is supercharged by the digital infrastructure that spreads messages and beliefs “virally”. The infrastructure of technology has spawned new forms of religion and religiosity, and belief in UFOs has emerged as one such new form of religious belief.”

Pasulka confesses she started as her studies as a nonbeliever, and she is still not convinced advanced extraterrestrials have visited our planet. While visiting New Mexico, one scientist showed her peculiar materials, a kind of metal alloy, that looked like metallic frog skin. She was told the objects had been recovered from a crashed UFO. The materials made her curious, but she cannot say with certainty if the objects she saw were not of this world.

However, Pasulka thinks, “there’s no doubt that the discovery of a nonhuman intelligence would be profound, and it’s impossible to know how much it would alter our perception of ourselves and our place in the universe.”