MessageToEagle.com – Leonardo da Vinci (1452-1519) was without doubt a man much ahead of his time. His great knowledge and scientific curiosity resulted in a number of incredible inventions.  Although some of his inventions were re-inventions based on ancient knowledge, his role and contribution to the development of science cannot be disputed.

Among many things, da Vinci illustrated the concept of contact lenses as early as 1508! First contact lens manufactured from glass, and fitted to cover the entire eye took place in 1887, but da Vinci produced the first known sketches that suggested the optics of the human eye could be altered by placing the cornea directly in contact with water. 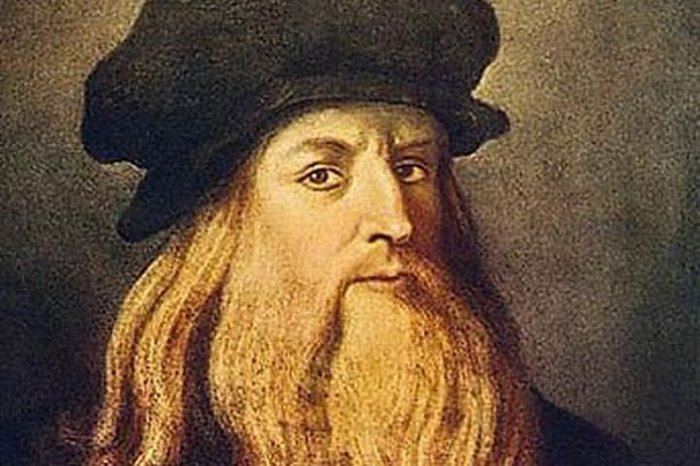 Da Vinci was right in his assumptions. He filled a bowl with water, then placed a man’s face into it.  It is said that for the first time the individual was able to see clearly.

Leonardo da Vinci also made a contact lens with a funnel on one side so that water could be poured into it.  Unfortunately, this was immediately discarded due to impracticality and the age in which he lived in.

However, da Vinci’s theories and works were not in vain. In 1636, after reviewing Leonardo’s work, French scientist René Descartes proposed another idea: placing a glass tube filled with liquid in direct contact with the cornea, but this proved to be impractical too, as the ungainly size and shape of it prevented the wearer from blinking.

In 1827, English astronomer Sir John Herschel proposed the idea of making a mold of a person’s eyes. Such molds would enable the production of corrective lenses that could conform to the front surface of the eye. But it was more than 50 years later that someone actually produced such lenses, and there is some controversy about who did it first.

Early glass contact lenses were heavy and covered the entire front surface of the eye, including the “white” of the eye (the sclera).

Modern contact lens technology had moved forward rapidly and today’s contact lenses are light and very easy to wear. The best contact lenses are breathable, durable, and comfortable, and scientists continue the quest for new lens improvements. Leonardo da Vinci would be amazed if he could see the current result of his early theories and experiments.