MessageToEagle.com – Located in a forest behind a church, Dunino Den is an ancient site in Scotland shrouded in mystery. It was once an important pre-Christian site and it is still visited by modern Pagans, but also Christian worshippers.

The odd faces and symbols carved on the rocks are of great historical importance and there are many interesting ancient myths and legends associated with this intriguing place.

Heading towards Anstruther, Dunino is three miles south east of St. Andrews on the B9131. 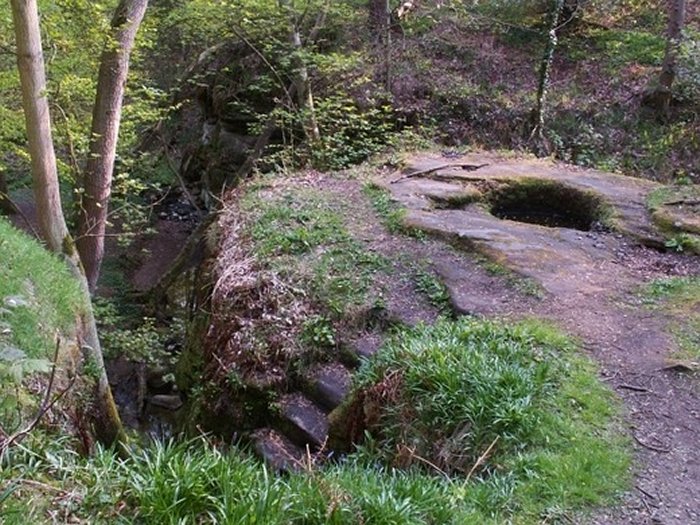 First known to exist around 4000BC, Druids were the most learned people of their time in Scotland. By the 7th Century AD, Druidism was driven underground for fear of persecution by Christian Missionaries but to ensure continuity of belief, the Catholic Church turned Pagan Gods and Goddesses into Christian Saints and sacred wells into baptismal fonts.

It is unknown why ancient Druids decided this dark and isolated place should be a place of worship. Perhaps its darkness made it interesting and the site served as a place to worship the Sun.

The site Dunino Den consists of two crags with pot holes in them, which may be either natural, manmade or a combination of the two. There is also an ancient altar stone, a well, and an ancient footprint carved into the rock.

The footprint might have a symbolic meaning and the site was associated with royal ceremonies. It is possible ancient Kings were crowned here. 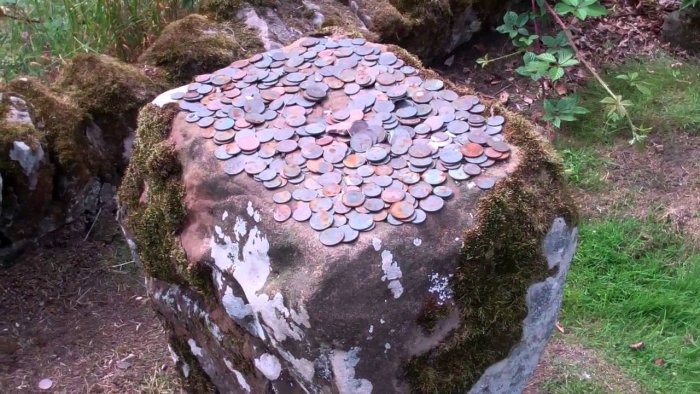 According to some sources, the well was used by ancient Druids for human sacrifices, but there is no proof of it.  It is more likely the well was revered as a natural wonder. 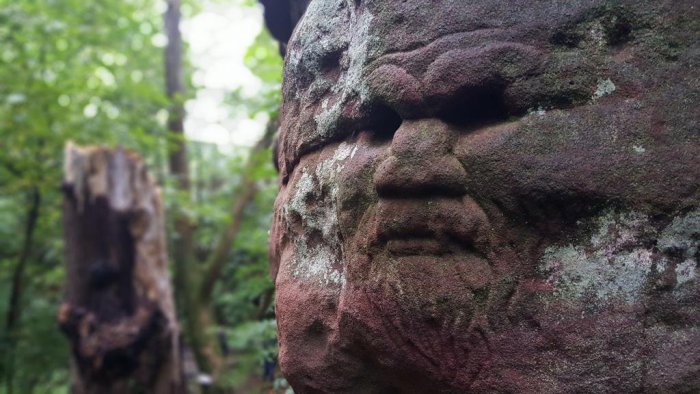 Is this the face of the green Man? Image credit: David C. Weinczok

It has been suggested that the Dunino Church may occupy a site on which a stone circle once stood, some of the stones can still be seen incorporated into the fabric of the church. In other stories the stones came from a circle on the other side of Dunino Den. It was quite common for churches to be built on much older pagan sites. 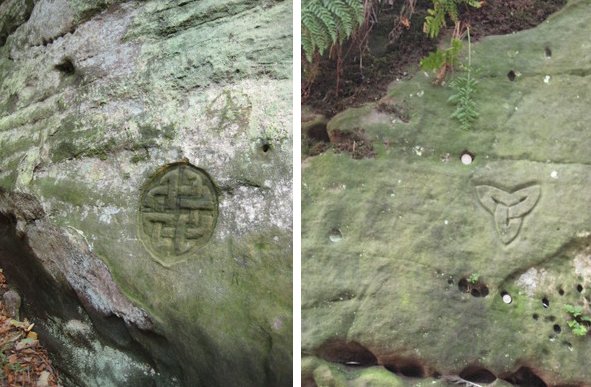 Symbols like these appear to have been carved in modern modern times. Image credit: Wikipedia

Ancient stories tell how Dunino Den was haunted by fairies and other mysterious and scary creatures we encounter in Celtic legends.

Like many ancient sites, visiting Dunino Den gives a person the sense of truly stepping back in time and reminding us of faiths long forgotten and faraway worlds that preceded our own.

The Order of Bards, Ovates & Druids