Eddie Gonzales Jr. – MessageToEagle.com – Now there is more evidence that a catastrophic cosmic impact around 12 800 years ago that possibly caused the total destruction of Abu Hureyra in Syria.

The site is believed to be one of the first settlements on Earth where hunter-gatherers and nomads decided to settle down, marking a significant event in human history. They developed agriculture nearly 12,800 years ago (archaeologists were able to recover parts of houses, food, and tools). 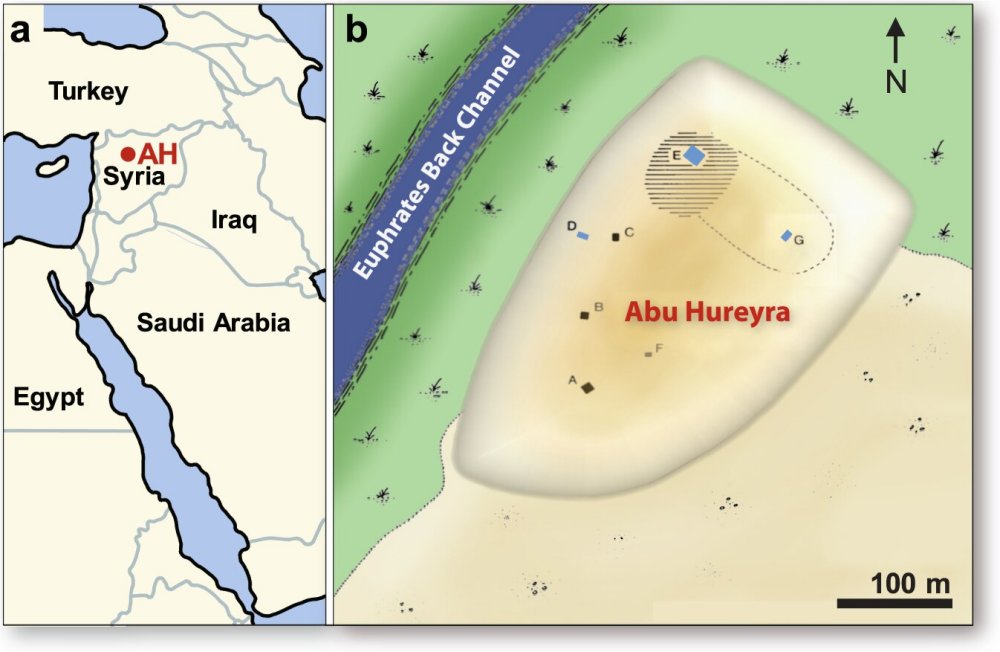 A large mound marks this old settlement, which now lies under Lake Assad, which is Syria’s largest lake with a maximum capacity of 11.7 cubic kilometers (2.8 cu mi) and a maximum surface area of 610 square kilometers (240 sq mi).

Among the remains of the ancient settlement of Abu Hureyra, there have been found melt glass, some features of which suggest it was formed at extremely high temperatures—far higher than what humans could achieve at the time—or that could be attributed to fire, lighting or volcanism.

“To help with perspective, such high temperatures would completely melt an automobile in less than a minute,” said James Kennett, a UC Santa Barbara emeritus professor of geology. Such intensity, he added, could only have resulted from an extremely violent, high-energy, high-velocity phenomenon, something on the order of a cosmic impact.

Researchers say that Abu Hureyra is the first site to document the direct effects of a fragmented comet on a human settlement.

These fragments are all part of the same comet that likely slammed into Earth and exploded in the atmosphere at the end of the Pleistocene epoch, according to Kennett. This impact contributed to the extinction of most large animals, including mammoths, and American horses and camels; the disappearance of the North American Clovis culture; and the abrupt onset of the end-glacial Younger Dryas cooling episode.

“Our new discoveries represent much more powerful evidence for very high temperatures that could only be associated with a cosmic impact,” said Kennett, who with his colleagues first reported evidence of such an event in the region in 2012.

Abu Hureyra lies at the easternmost sector of what is known as the Younger Dryas Boundary (YDB) strewnfield, which encompasses about 30 other sites in the Americas, Europe and parts of the Middle East. These sites hold evidence of massive burning, including a widespread carbon-rich “black mat” layer that contains millions of nanodiamonds, high concentrations of platinum and tiny metallic spherules formed at very high temperatures. The YDB impact hypothesis has gained more traction in recent years because of many new discoveries, including a very young impact crater beneath the Hiawatha Glacier of the Greenland ice sheet, and high-temperature melt glass and other similar evidence at an archaeological site in Pilauco, located in southern Chile.

“The Abu Hureyra village would have been abruptly destroyed,” Kennett said. Unlike the evidence from Pilauco, which was limited to the human butchering of large animals up to but not younger than the YDB impact burn layer, Abu Hureyra shows direct evidence of the disaster on this early human settlement. An impact or an airburst must have occurred sufficiently close to send massive heat and molten glass over the entire early village, Kennett noted.

The glass was analyzed for geochemical composition, shape, structure, formation temperature, magnetic characteristics, and water content. Results from the analysis showed that it formed at very high temperatures and included minerals rich in chromium, iron, nickel, sulfides, titanium, and even platinum- and iridium-rich melted iron—all of which formed in temperatures higher than 2200 degrees Celsius.

“The critical materials are extremely rare under normal temperatures, but are commonly found during impact events,” Kennett said.

According to the study, the melt glass was formed “from the nearly instantaneous melting and vaporization of regional biomass, soils and floodplain deposits, followed by instantaneous cooling.” Additionally, because the materials found are consistent with those found in the YDB layers at the other sites across the world, it’s likely that they resulted from a fragmented comet, as opposed to impacts caused by individual comets or asteroids.

“A single major asteroid impact would not have caused such widely scattered materials like those discovered at Abu Hureyra,” Kennett said.

“The largest cometary debris clusters are proposed to be capable of causing thousands of airbursts within a span of minutes across one entire hemisphere of Earth. The YDB hypothesis proposed this mechanism to account for the widely dispersed coeval materials across more than 14,000 kilometers of the Northern and Southern Hemispheres. Our Abu Hureyra discoveries strongly support a major impact event from such a fragmented comet.” 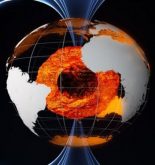