The team explains how they discovered optical emission from the shocked ejecta of thermonuclear supernova remnants. 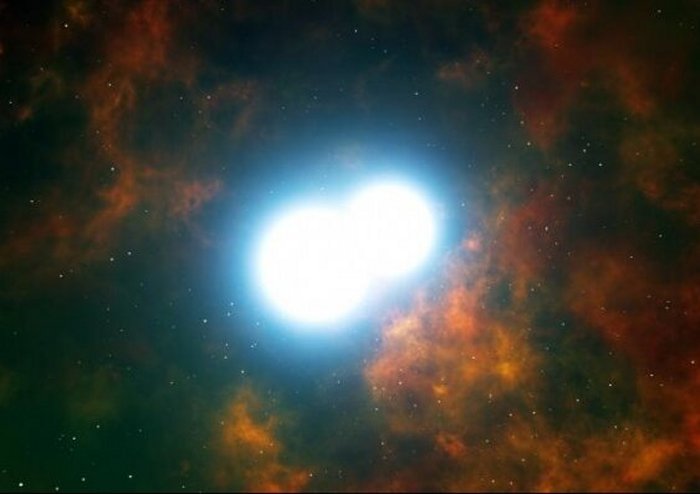 “A supernova is essentially an exploding star,” Dr. Seitenzahl said  in a press release.

“Not all stars will explode as a supernova to end their lives, as many low mass stars will simply turn into white dwarf stars and cool and fade away without an explosion.”

Dr. Seitenzahl’s research concerns thermonuclear or “Type Ia” supernovae. When this type of supernova explodes, it flings the elements that are produced in the explosion back into the galaxy. These elements mix with the gas present in the galaxy.

Out of this gas, new stars (with their planetary systems) form. Most of the manganese, iron and nickel on Earth was made in these explosions more than five billion years ago.

The research team’s discovery reveals optical emission from the supernova’s ejected elements (atoms) and a careful analysis of the light emitted allows for a first direct determination of the shock velocity.

“Previously, people had seen optical emission from the shocked gas of the interstellar medium,” Dr. Seitenzahl said.”Now we are seeing emission from the iron-rich ejecta that was freshly synthesized in the explosion.”

The kind of stars that explode as a Type Ia supernova and their evolution prior to explosion is fiercely debated in the world of astrophysics.

Dr. Seitenzahl said the team’s discovery provides a new physical emission mechanism for the study of these exploding stars.

“I really believe our result is one of the most important new discoveries in supernova and supernova remnant research in the past decade,” Dr. Seitenzahl said.