MessageToEagle.com –  Life can be found in the most toxic places where only some unique organisms survive where others cannot.
There is much to discover in deep-sea volcanoes spewing asphalt, the same material that covers our streets.

Asphalt is commonly presumed to be hostile to life, but something makes it attractive to marine life that might not otherwise exist. 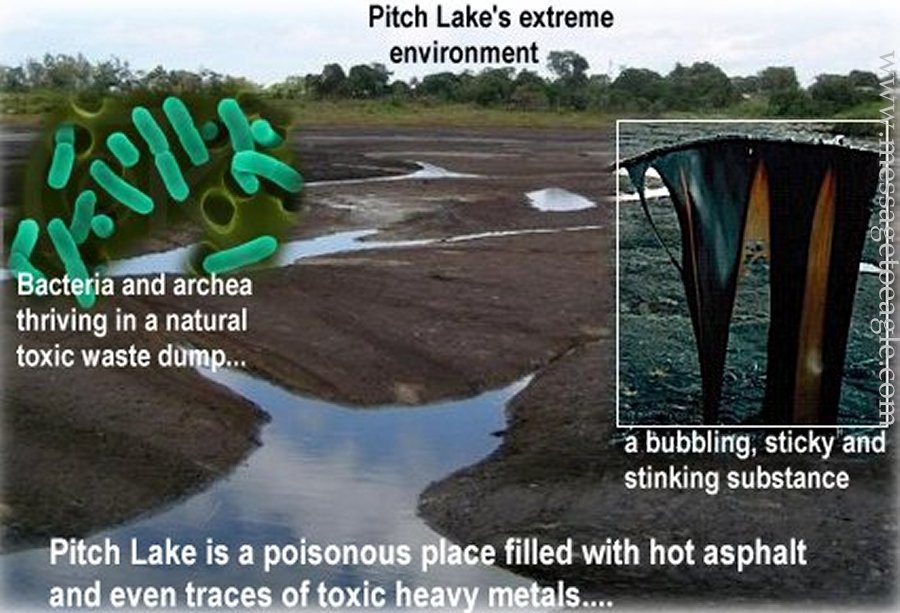 A few years ago, researchers discovered seven extinct asphalt volcanoes in the waters off Santa Barbara, California. These nature formations, about 40000 years old, are standing 30 meters high above the seafloor at a depth of approximately 700 feet (200 meters).

“They came up very suddenly out of the seafloor: There were seven of them. The largest we called Il Duomo, and it is about the size of two football fields side by side and as tall as a six-story building,” said David Valentine, an earth scientist at the University of California, Santa Barbara. 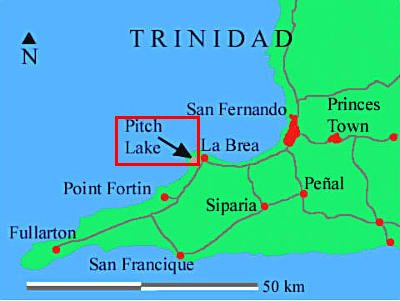 For the first time, asphalt volcano, named by researchers as Chapapote, after the Aztec word for asphalt, was discovered in 2003.

Chapopote was seen spewing asphalt that was flowing out of mounds rising from 450 to 800 meters above the desert-like floor of the Gulf of Mexico.

This mostly unusual and very complex ecosystem was discovered accidentally when researchers were searching for the presence of methane at the seafloor.

This unusual biological environment is both living and feeding on the asphalt volcanoes and finding life on asphalt volcanoes or in an asphalt pond is just as fascinating as when scientists found life in places spewing heavy metals at the bottom of the ocean or or in vents from which hot smoke and gases escape.

Ecosystems in acidic or alkaline lakes in which no higher organisms thrive, and deep sea floor with pressures exceeding 1000 atm are likewise amazing and unbelievable environments as those existing at high temperatures. 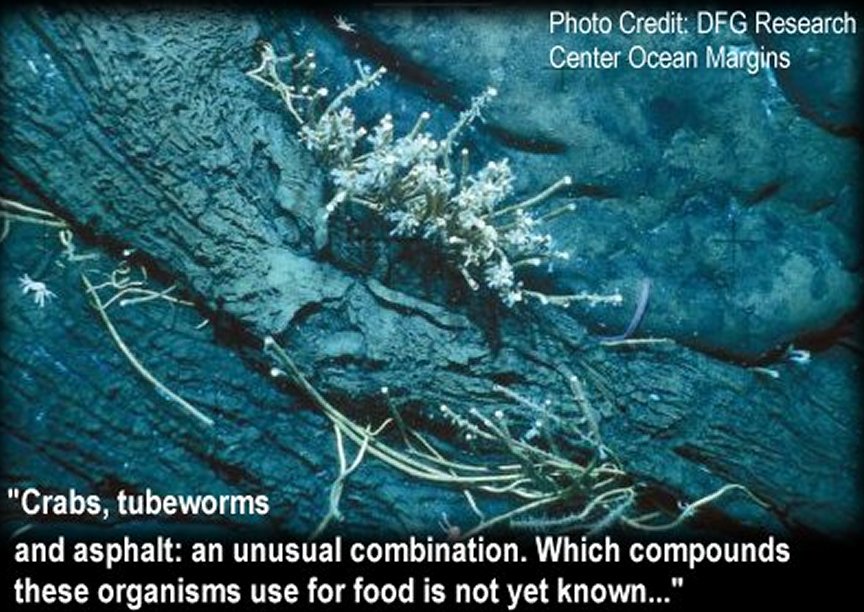 A bubbling, sticky and stinking deposit of degraded petroleum, is located on the Caribbean island of Trinidad, near La Brea. It is Pitch Lake which has been mined for road-asphalt for more than a century. Pitch Lake is a poisonous place filled with hot asphalt and even traces of toxic heavy metals.
According to beliefs of local Chaima Indians, Pitch Lake is the wrath of their Gods, but in fact it is an interesting natural laboratory teaming with microbial life.

Alien Life Inside A Postbiological Universe Where Time Has No Meaning

Dr. Steven Hallam, a professor of Microbiology and Immunology at the University of British Columbia, along with a team of researchers, analyzed Pitch Lake for life. He found DNA traces of a surprising range of microbes – bacteria and archea – that were thriving in an environment that could be considered a natural toxic waste dump.
The microbes dwell in asphalt ranging between 90 to 132 degrees F (32 to 56 degrees C), and feed off hydrocarbons. Instead of breathing oxygen, they respire with the aid of metals — perhaps iron or manganese.
Today, the scientists do not know yet how these creatures manage to make a living in Pitch Lake and what kind of adaptation mechanisms they possess in order to survive in such extreme, extraterrestrial condition of life.

Pitch Lake’s environment may be very similar to the type of extreme life existing in the hydrocarbon seas of Saturn’s moon Titan.

Tough and hardy microorganisms trapped in this toxic environment seem to adapt quite well. and it means that life is very adaptable indeed.