MessageToEagle.com – In ancient China we come across a number of highly advanced robots that could sing, dance, act like servants and perform many other surprising tasks.

Some of these remarkable robots are even said to have possessed life-like organs such as bones, muscles, joints, skin and hair. It’s a quite remarkable considering it is only recently our modern civilization has started to develop human-like robots.

There is no doubt mechanical engineering in ancient China reached a very high level.

Readers of MessageToEagle.com are familiar with the incredible ancient machines invented by Hero of Alexandria, or the remarkable Talos robot, but there are many more great examples of ancient robotics discovered in various corners of the world.

History of robots in ancient China can be traced far back in time. Robots existed not only during, but also before the Tang Dynasty (618–907 AD). 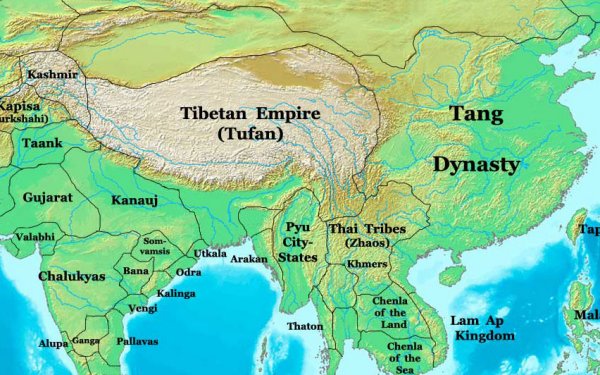 For example, King Lan Ling, who lived during the Northern Qi Dynasty (550-577 A.D.) invented a robot that could dance and that looked like a man of a non-Chinese ethnic group. When the King wanted to offer a drink to a man, the robot would turn to that man, and bow to the man with the drink in his hand. Nobody knows what secret mechanism was inside the robot.

In the book Robotics in Genitourinary Surgery, authors Ashok Kumar Hemal (Editor), Mani Menon relate how Daifeng Ma, a skilled designer constructed not only mechanical birds that measured the wind’s direction, but also a famous automated device that served as a dresser or the queen.

“Through ingenious levers and switches, when the queen opened the mirror, the doors beneath automatically opened as well. He devised a robotic woman servant for the queen that would bring washing paraphernalia and towels.

Then the towel was removed from the servant’s arm, it automatically triggered the machine to back away into the closet.”

Returning back to the Northern Qi Dynasty (550-577 A.D.) we encounter a monk named Ling Zhao who created a pool close to a mountain.

According to author Ming Xin, “after the pool was finished, Emperor Wu Cheng enjoyed a feast next to the pool. Ling built a miniature boat with exquisite details and put it in the water. When the miniature boat flowed before the Emperor, he took a wine cup from it, and the boat would stop automatically. Then the small wooden man on the boat would clap its hands, and the boat would start to play music. When Emperor Wu Cheng finished drinking and put down the wine cup, the small wooden man would take the cup back to the boat. 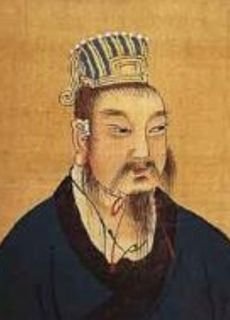 If Emperor Wu Cheng did not finish drinking the wine in the cup, the boat would stay there and would not leave.”

Another skilled mechanical engineer was Yin Wenliang from Luozhou. “He created a wooden man and dressed him with an outfit made of colorful worsted silk. At every banquet, the small wooden man would propose a toast to each guest in order.

Yin Wenliang also made a wooden woman. She could play the sheng (an ancient Chinese pipe with 13 reeds) and sing, and she did them in perfect rhythm. If a guest did not finish the wine in his cup, the wooden man wouldn’t refill the cup. If a guest did not drink enough wine, the wooden singing girl would play the sheng and sing for him to urge him to drink more. Nobody could figure out the marvellous secret of these two wooden robots.”

The last example we mention, is the best documented of all the automata from Han Zhile, a Japanese ho moved to China between 806 and 820 AD. 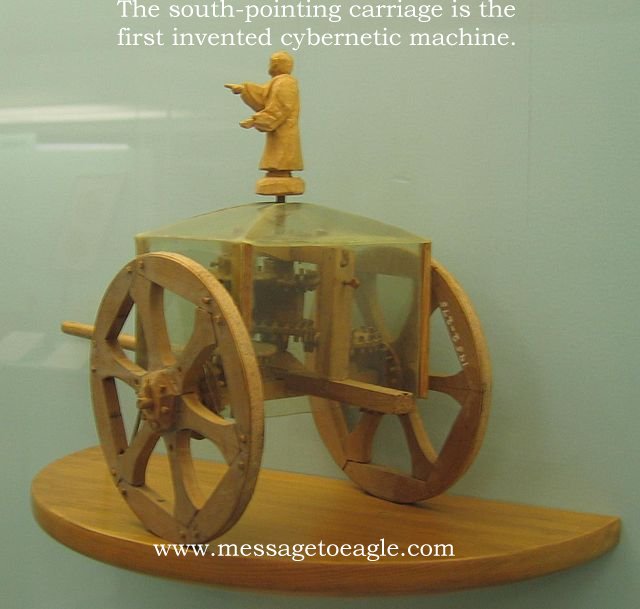 One of the most marvelous creatures was an automated bed for the Emperor Xianzong named “”a dragon on demand.” It was activated by someone applying their weight to the bed thus triggering the release of an intricately carved dragon.

Presented here is just a small sample of robotics that existed in ancient China.

As previously mentioned in our article, the first known cybernetic machine, the south-pointing carriage was invented already 1,700 years ago!

All these remarkable advanced devices force us to re-evaluate our current understanding of mechanical engineering in ancient times.