MessageToEagle.com – The asteroid thought to have killed the dinosaurs smashed into the Earth with a billion times more energy than the atomic bombs dropped on Hiroshima and Nagasaki.

Many believe the impact caused a mass extinction, wiping out the dinosaurs on land and numerous lifeforms in the oceans. But one of the difficulties in knowing exactly whether and how this happened is that the Chicxulub crater left by the asteroid is buried below a thick layer of sedimentary rock.

Earlier this year, an expedition to a site off the coast of Mexico retrieved rock samples drilled from rocky inner ridges of the crater – known as the “peak ring” – buried up to 1,300 metres below the sea bed. Now the first analysis of these samples has given us new evidence for how this ring may have been formed.

It also shows how the impact made the peak ring rocks more porous. This is important because nutrient-rich porous rocks create good conditions for simple lifeforms.

So perhaps the Chicxulub impact can show us how other asteroids that hit the Earth earlier in its history helped create the conditions for life to develop. However, there are so many other factors that would have shaped the origins of life that we should be careful about drawing too many conclusions from this one study. 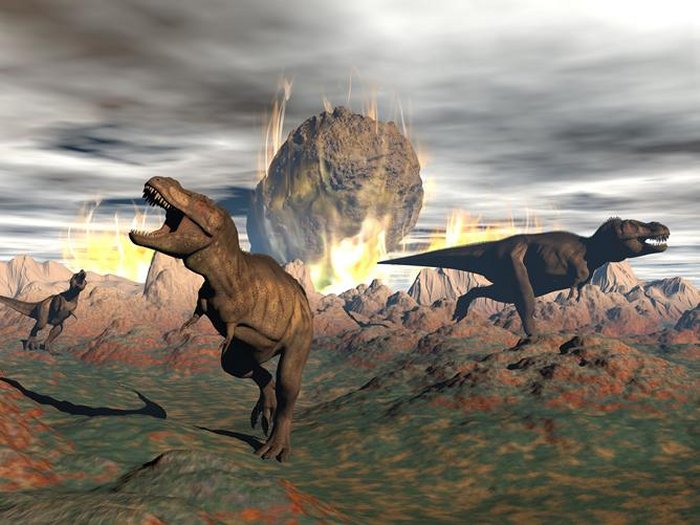 The new research, led by Professor Joanna Morgan of Imperial College London and published in the journal Science, tries to explain why there is a concentric ring of mountain peaks within the crater. The Chicxulub crater is the only one on Earth that has a peak ring like this. So the researchers also used observations from Venus, Mars and Earth’s moon to bolster support for their theory.

They argue the evidence supports what is known as the “dynamic collapse model” of how the peak ring formed. According to this model, the initial impact pushed underground rocks down and then outwards, after which they rose back to the surface to form a central peak. This then collapsed, pushing out rock from both the deep crust and the overlying sedimentary layers to create a ring of peaks.

Vredefort Crater Is The Largest And Oldest Impact Crater On Earth

Batagaika Crater: Gateway To A Mysterious Underground World Can Unlock The Secrets Of Our Planet’s Past And Future

This contrasts with another model known as the nested melt-cavity model, which is less consistent with the evidence from the Chicxulub crater. In this second model, the central portion of the impact became so hot that it melted, and this led to the peak ring by processes that are not fully defined.

The data from the drilling samples includes direct physical evidence of high levels of shock and temperature that affected the rocks. These features wouldn’t be possible in Earth’s surface rocks without extreme events such as an asteroid impact. They’re also not part of the processes of plate tectonics, which occur at lower temperatures and pressures than those required to form these shocked materials.

As a result, the new research is highly significant in helping us understand what happened in the space of a few minutes after the impact. It shows that the layer of sedimentary rocks covering the deeper crust (often called the “basement”) was highly disturbed. In places, there are basement rocks lying on top of sedimentary rocks within the crater, which would only be possible due to a high-energy impact. 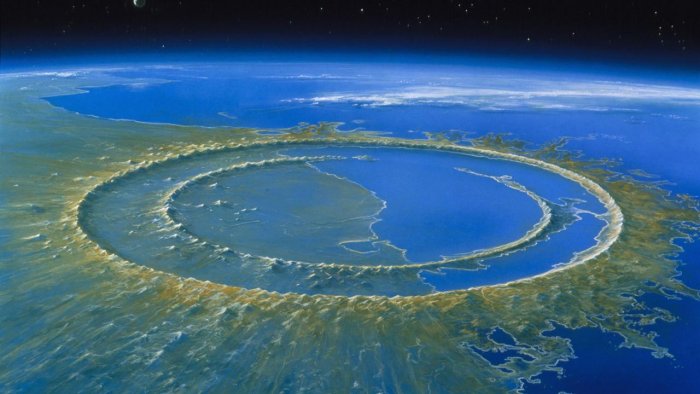 These kind of impacts are instrumental in modifying the surface rocks of a planet or moon by vertically mixing its crust materials. So we can presume that asteroid impacts are very important in the early histories of planets, including the Earth. The new paper even briefly mentions that the research could possibly help us understand the processes by which life originated on our planet.

Morgan has commented that by making Earth’s rocks more porous, asteroids may have helped to create environments that were suitable for the first organisms to develop. In particular, these porous rocks could have contained nutrients from circulating water that was heated inside the Earth’s crust.

Yet there are enormous problems in explaining how life could have been created by inorganic processes on planetary bodies. The famous experiments of Stanley Miller in the 1950s showed amino acids can be created in high-energy events (such as a lightning strike) in the presence of carbon dioxide, methane, hydrogen and nitrogen compounds as could be found on the Earth’s surface.

However, as the Earth had no ozone shield in its early history to protect it from life-destroying ultraviolet light, many now argue that life formed in the deep oceans. Modern volcanic eruptions in the deep ocean floor produce mineral emissions that sustain communities of organisms, providing a potential alternative location for the first life.

So as an interpretation of the processes involved in the formation of impact craters, the new research is an impressive advance in our understanding. But the evidence it provides for how the the Earth was prepared to create life is limited to a hint of what may have happened. 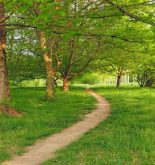