MessageToEagle.com – Dedicated to Harshat Mata, goddess of joy and happiness Chand Baori in India is one of the world’s largest and most beautiful stepwells.

One can easily say that Chand Baori is a truly spectacular site. It looks almost like an ancient reversed pyramid. It is a true engineering marvel!
Due to the lack of water, there are many beautiful and functional stepwells in India. However, Chand Baori is an exceptional construction in many ways. 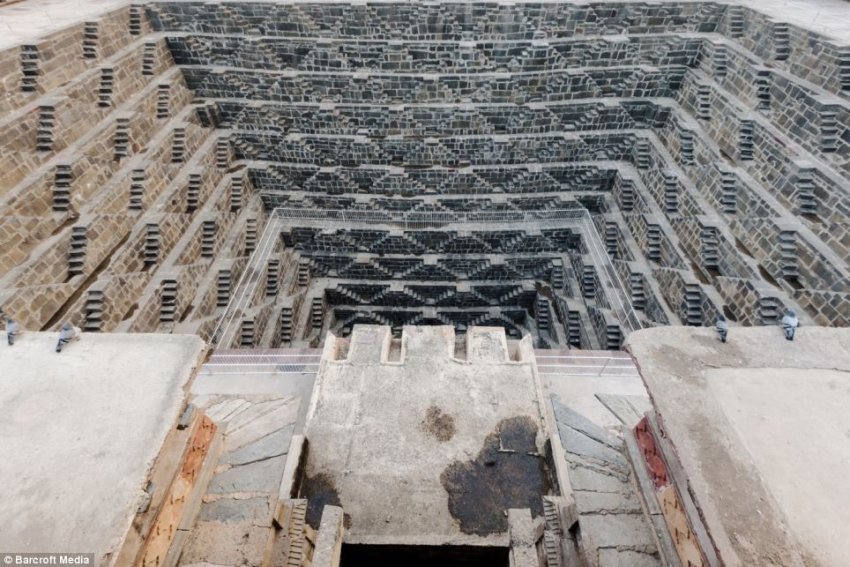 The four-sided Chand Baori is 13 stories tall, 100 feet deep, and lined with 3,500 steps arranged in a spectacular zig-zag pattern.
The stepwell was built over a thousand years ago in the Abhaneri village of Rajasthan.
Constructed by King Chanda of Nikumbha Dynasty, it provided the surrounding areas with a dependable water source all year through for centuries before modern water delivery systems were introduced. 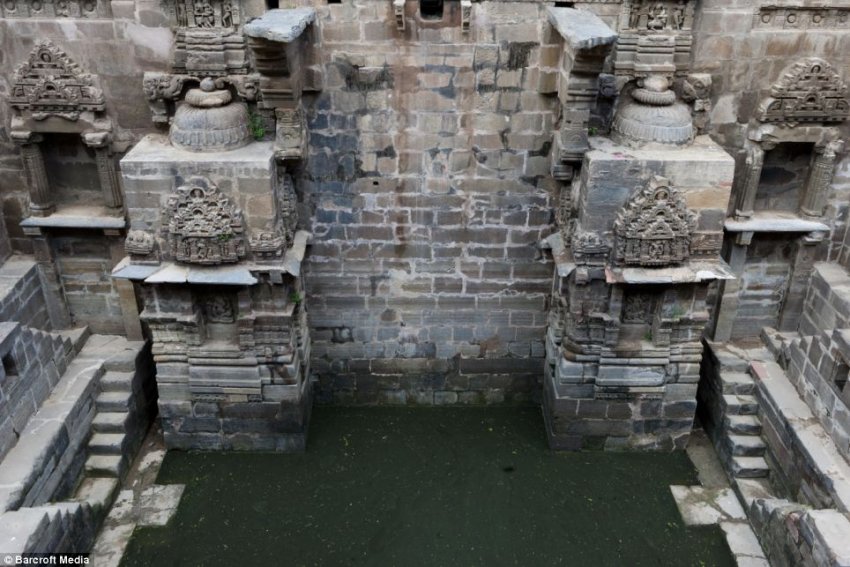 During the monsoon season the well has been known to fill up almost to the top. 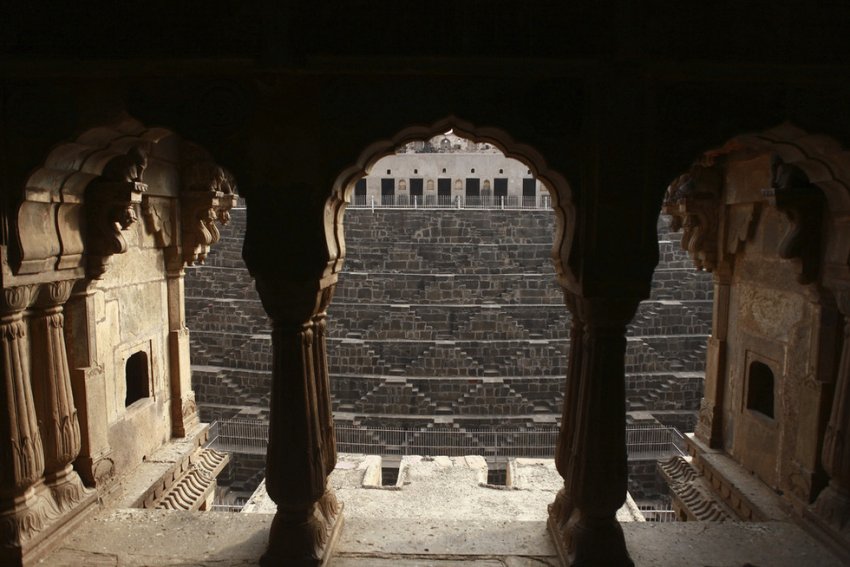 This historical monument ranked alongside Taj Mahal reveals a maze of symmetrical steps that appear to form a never ending path deep underground. 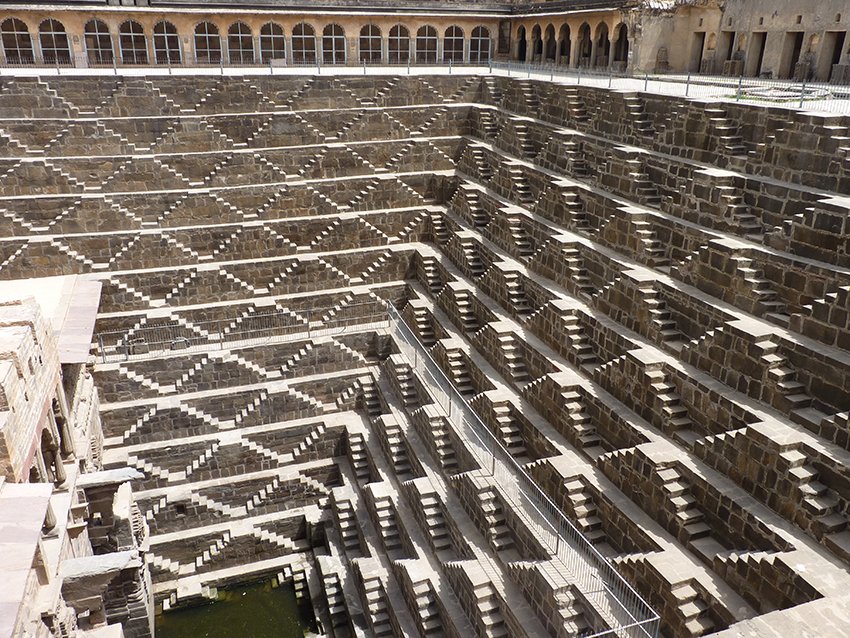 The baori has a precise geometrical pattern, hard to find in this age. The steps form a magical maze and the consequent play of light and shadow on the structure gives it a captivating look.
It has an enclosed rectangular courtyard kind of structure. Upon entering you reach a jharokha (windows).

Descending the stairs on the left, you can see the cavernous baori narrowing towards the bottom, criss-crossed with double flights of steps on three sides to reach the water surface down below.
The stairs encircle the water on the three sides while the fourth side boasts of a three storeys high pavilion with beautiful carved jharokhas (a type of overhanging enclosed balcony), galleries supported on pillars and two projecting balconies enshrining beautiful sculptures.

Chand Baori was featured in the movie The Fall and also made a small appearance in Christopher Nolan’s blockbuster The Dark Knight Rises.

Today, the construction is not used as a well anymore but its exquisite geometry attracts local and international visitors alike. It is one of many gorgeous and worth-seeing ancient structures in India

The well is now a treasure managed by the Archeological Survey of India.