Ellen Lloyd – MessageToEagle.com – Have you ever wondered what happens after death? If so, you are certainly not alone.

Ever since the beginning of time people all over the world have speculated if death is the end or perhaps the beginning of something new. Another possibility is that death might not be real after all. Some scientists have suggested that death could, in fact, be just an illusion.

There are many scientific experiments that seriously question the term death, as we know it.

According to quantum physics, certain observations cannot be predicted absolutely. Instead, there is a range of possible observations each with a different probability.

The “many-worlds” interpretation, states that each of these possible observations corresponds to a different universe, what is generally called the “multiverse”.

Robert Lanza, M.D, scientist, theoretician, and author of “Biocentrism” – How Life and Consciousness are the Keys to Understanding the True Nature of the Universe thinks there are many reasons why we won’t die. He believes that “there are an infinite number of universes, and everything that could possibly happen occurs in any of them or perhaps even in several.
Another intriguing possibility is that death is nothing but a dream. Suppose that we continue to exist in a kind of dream state from which we cannot awake.

Or is death maybe only an interchange station, some kind of bridge between the two worlds?

Does the soul continue to live? Is the human mind a shadow of the brain?

Philosophers believe that if this is the case then there is absolutely no possibility that consciousness exists after death. 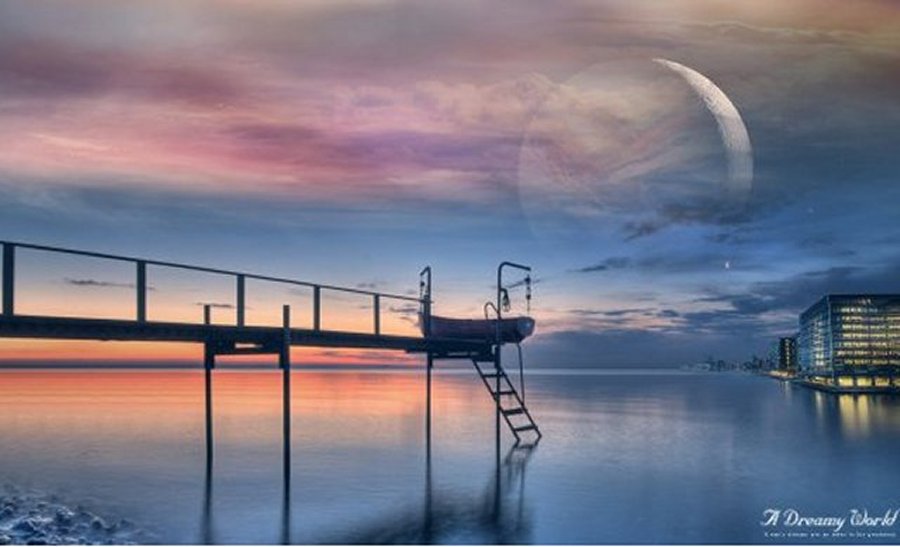 However, British scientists have found “evidence” of the independent life of human consciousness from brain activity.

When the brain stops working, consciousness remains,” they say and are completely convinced that when the brain has ceased, the mind is active and specific visions occur exactly at the time.

“… consciousness, or the soul, keeps thinking and reasoning even if a person’s heart has stopped, he is not breathing and his brain activity is nil,” Sam Parnia, one of two doctors from Southampton General Hospital in England, who have been studying so-called near-death experiences (NDEs) explains.

But if, there is some sort of personal survival of bodily death, then, what is it? What is it like?

One cannot help wondering what kind of existence the soul (our mind) has without a physical body? Certainly, for many of us, it is very difficult to imagine ourselves surviving without some kind of body because… we are used to live only in physical form!

Perhaps we can find one answer to some of the above-mentioned questions, in our experience of dreaming. We seek our answers in the dreaming world because in dreams we find ourselves in countless places and situations.

While the physical body is lying asleep in bed, we are able to see and hear things, we talk to people and move from one place to another.

Thus, we can conclude that the body we use in our dreams when we interact with people, move and do other things is not our own body. If we experience a state called lucid dreaming, we can even take full control of what is happening in our dream.

Later, our dream time is over and in order to wake we need the living physical body to continue our daily life. Naturally, after death, the situation is not the same because this is no longer possible, but perhaps we continue to exist in a kind of dream state from which we are not able to awake.

Now, our “dream body” feels perfectly real and so does the world around us along with all experiences, and face-to-face interactions.

Of course, we do not know whether it really is so. We can not say with any certainty what exactly happens in the kind of dreamlike existence after death until we die ourselves.

For now, we can only listen to numerous people who have nearly died and after surviving their almost death, they describe their experiences.

Science does not understand how the mind works and therefore cannot give a satisfactory explanation for the phenomenon, neither is the mechanism known for how the brain can generate thoughts.

The nature of the mind is the greatest scientific mystery, for now, beyond our comprehension. What truly happens after death remains also a great mystery for now…

First version of this article was published on Mar 29, 2015.