MessageToEagle.com – Nicknamed Methuselah Star, the star HD 140283 is located only 190 light years from Earth. There are many reasons why the Methuselah Star is very interesting, but the greatest problem of all is that the star gives scientists a serious problem that cannot be solved easily.

Methuselah Star is older than the Universe. How is it possible?

The truth is, it’s hardly possible at all. Stars older than the Universe cannot exist in our Universe. So, either something is wrong with the age estimation of these stars, or something wrong with the estimated age of the Universe. Another option is that scientists have encountered “something” they simply don’t understand well enough. 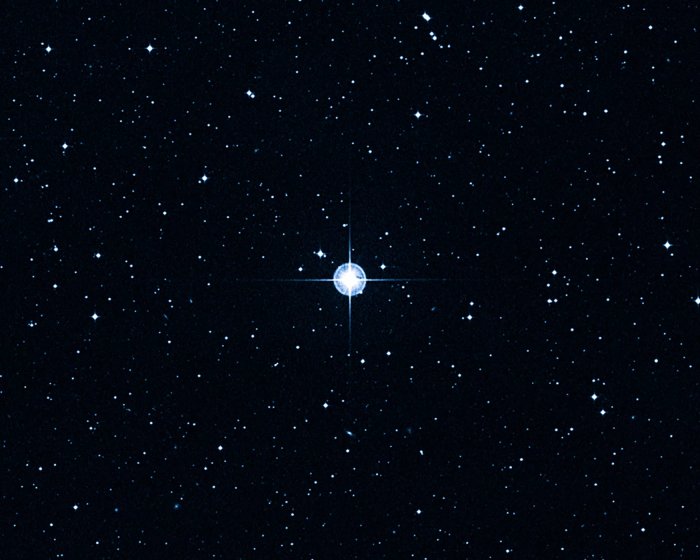 This Digitized Sky Survey image shows the oldest star with a well-determined age in our galaxy. Called the Methuselah star, HD 140283 is 190.1 light-years away. Astronomers refined the star’s age to about 14.5 billion years (which is older than the universe), plus or minus 800 million years. Image released March 7, 2013.
Credit: Digitized Sky Survey (DSS), STScI/AURA, Palomar/Caltech, and UKSTU/AAO

Scientists have known about Methuselah Star for more than 100 years. The star moves at about 800,000 mph (1.3 million km/h) and covers the width of the full moon in the sky every 1,500 years or so.

Previous research showed that Methuselah Star is up to 16 billion years old and this is the paradox because according to astronomers and other scientists the Big Bang that created the universe occurred about 13.8 billion years ago.

Cosmic Mystery – What Huge Object Caused The Hole In One Of Saturn’s Rings?

Today, the Methuselah Star is bloating into a red giant, but astronomers think it was born in a dwarf galaxy that the nascent Milky Way gobbled up more than 12 billion years ago, researchers said. The star’s long, looping orbit is likely a residue of that dramatic act of cannibalism.

A more recent study of the Methuselah Star shows the star may not be so old after all.

“We have found that this is the oldest known star with a well-determined age,” said Howard Bond of Pennsylvania State University in University Park, Pa., and the Space Telescope Science Institute in Baltimore, Md. 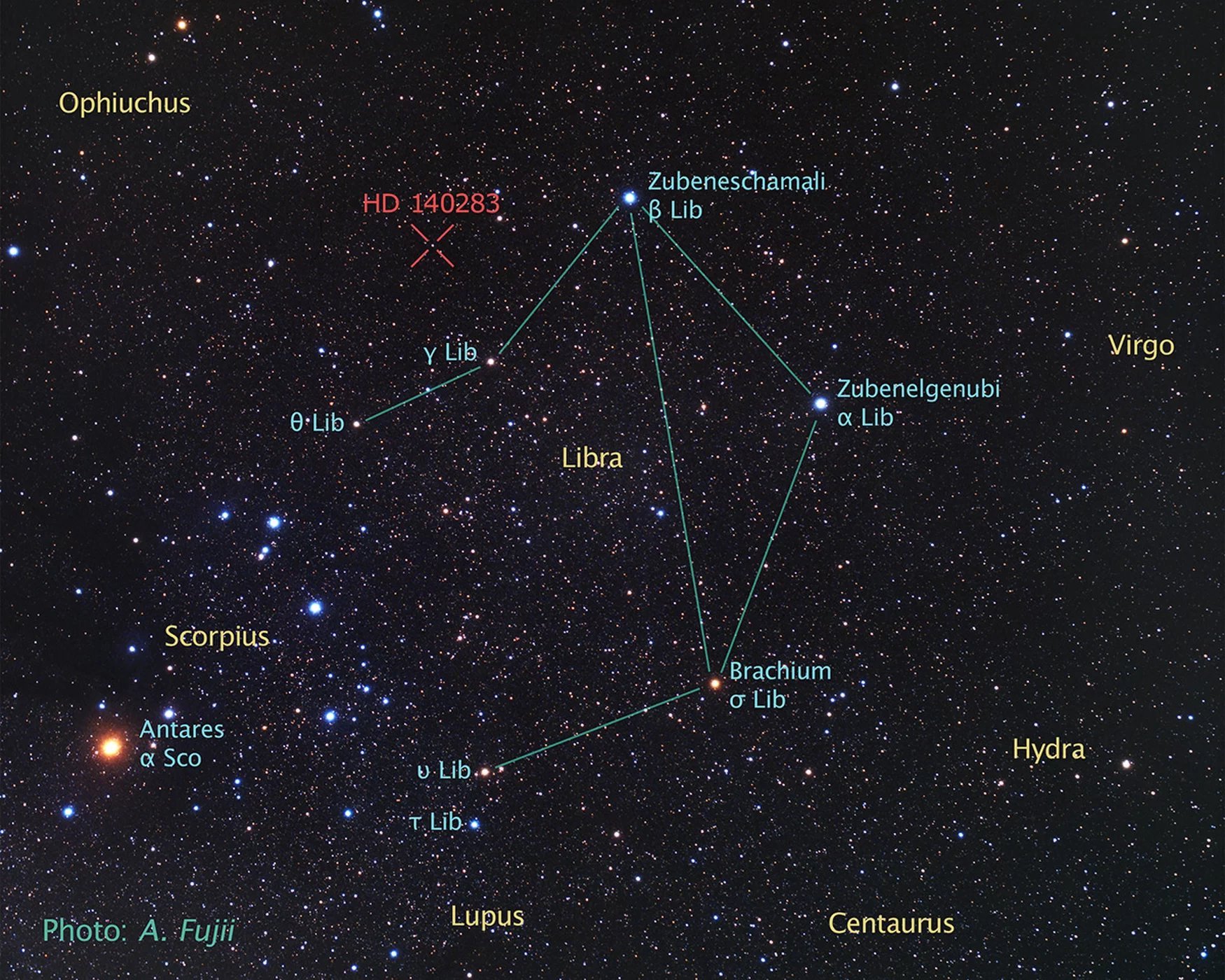 This is a backyard view of the sky surrounding the ancient star, cataloged as HD 140283, which lies 190.1 light-years from Earth. The star is the oldest known to astronomers to date. Image released March 7, 2013.
Credit: A. Fujii and Z. Levay (STScI)

The star could be as old as 14.5 billion years (plus or minus 0.8 billion years), which at first glance would make it older than the universe’s calculated age of about 13.8 billion years, an obvious dilemma.

But earlier estimates from observations dating back to 2000 placed the star as old as 16 billion years. And this age range presented a potential dilemma for cosmologists. “Maybe the cosmology is wrong, stellar physics is wrong, or the star’s distance is wrong,” Bond said. “So we set out to refine the distance.”

The uncertainty Bond refers to is plus or minus 800 million years, which means the star could actually be 13.7 billion years old — younger than the universe as it’s currently understood, though just barely.

The age of the Methuselah Star must still be determined and the object offers a great chance to push science in a new, unknown direction.