Eddie Gonzales Jr. – MessageToEagle.com – Researchers from the Instituto de Astrofísica de Canarias (IAC) used the Gaia space telescope, to obtain exact measurements of position, brightness and distance for around a million stars of our galaxy within 6,500 light years of the sun.

“We have analyzed, and compared with theoretical models, the distribution of colors and magnitudes (brightnesses) of the stars in the Milky Way,” Carme Gallart, a researcher at the IAC and the first author of the paper, said a press release. 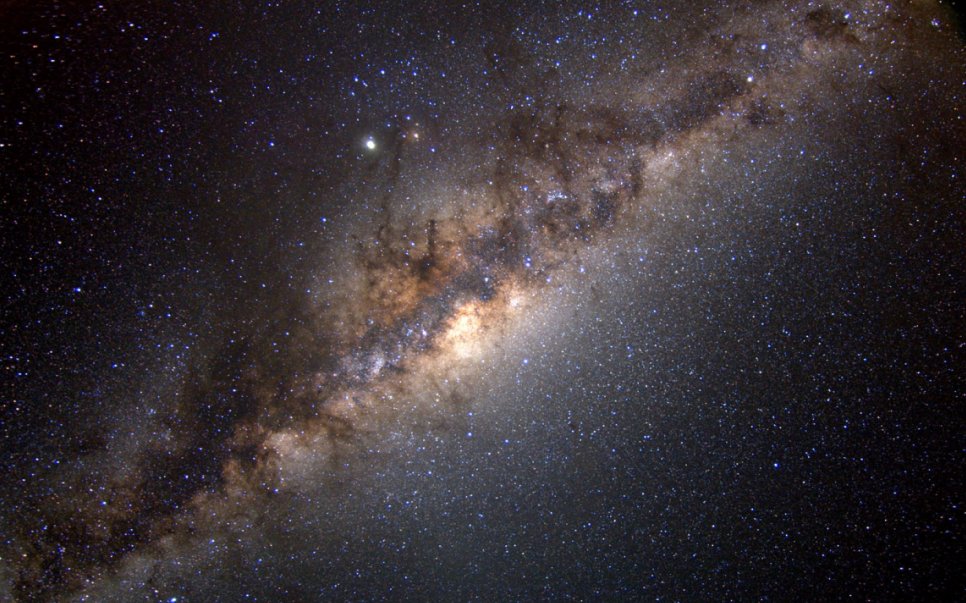 Our galaxy, the Milky Way, is typical: it has hundreds of billions of stars, enough gas and dust to make billions more stars, and at least ten times as much dark matter as all the stars and gas put together. And it’s all held together by gravity. Image credit: NASA

Then, they “split them into several components; the so-called stellar halo (a spherical structure which surrounds spiral galaxies) and the thick disc (stars forming the disc of our Galaxy, but occupying a certain height range)”

The movement of the stars in the blue component quickly allowed us to identify it as the remains of a dwarf galaxy (Gaia-Enceladus) which impacted onto the early Milky Way. However the nature of the red population, and the epoch of the merger between Gaia-Enceladus and our Galaxy were unknown until now.

The researchers obtained the distribution of the ages of the stars in both components, showing that the two are formed by equally old stars, which are older than those of the thick disc. However, “if both components were formed at the same time, what differentiates one from the other? said IAC researcher and co-author Chris Brook.

Additionally, the study showed that the stars in the blue component have a smaller quantity of metals than those of the red component. Thirteen thousand million years ago stars began to form in two different stellar systems which then merged: one was a dwarf galaxy which we call Gaia-Enceladus, and the other was the main progenitor of our Galaxy, some four times more massive and with a larger proportion of metals.

Some ten thousand million years ago there was a violent collision between the more massive system and Gaia-Enceladus. As a result some of its stars, and those of Gaia-Enceladus were set into chaotic motion, and eventually formed the halo of the present Milky Way.

After that there were violent bursts of star formation until 6,000 million years ago, when the gas settled into the disc of the Galaxy, and produced what we know as the “thin disc”.