MessageToEagle.com – The lost kingdom of Urartu is shrouded in mystery because very little is known about this ancient place  and the origins of its people.

This time our journey takes us to ancient Armenia where we look for traces of the mysterious lost kingdom of Urartu as it was called by the Assyrians.

The Hebrews referred to it as Ararat and in more modern times it has been named Kingdom of Van. 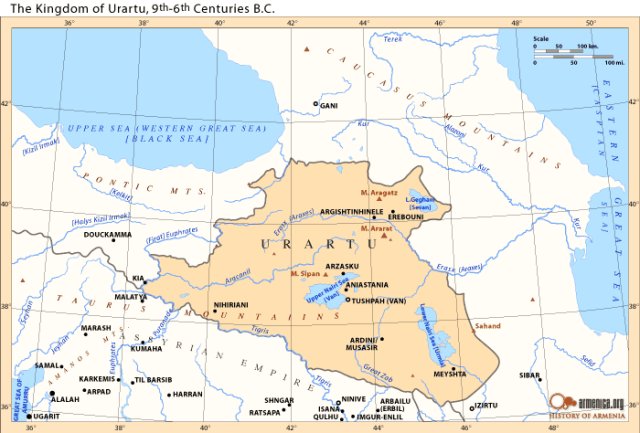 The location of Urartu

The kingdom’s beginnings are lost in the mists of pre-history, but before it was destroyed, Urartu was situated in Eastern Turkey, Iran and the modern Armenian Republic.

The earliest documentary mention of the land of Urartu can be found in Assyrian sources.

Based on what we know, the people of Urartu were famous metalworkers, spoke a language that was related to Hurrian (a language that has no other known connections), and they adapted the Assyrian cuneiform script for their own purposes.

Although it cannot be said with certainty, it appears that from the ninth century on, Urartu was ruled by a single dynasty, which expanded three kingdom to the south in a period when Assyria was weak. 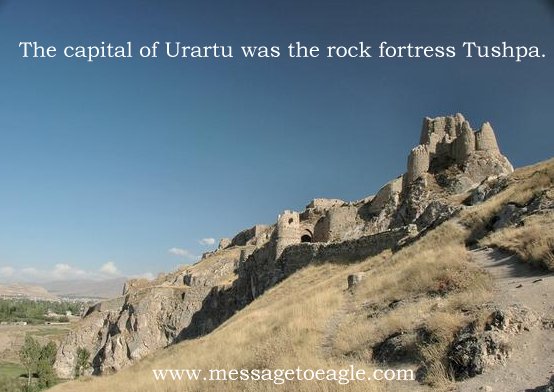 The remains of Tushpa, the capital of Urartu.

The true origin of the people of Urartu is unknown. Some historians think these people people migrated from somewhere to the west into the Armenian plateau, then for the most part known as Nairi. They called themselves Khaldians or children of the god Khaldis, just as the name of the Assyrians reflects the name of their god Assur.
“The oldest states of the Soviet Union were founded 3,000 years ago to the south of Transcaucasia. The oldest among them, that in the Ararat area, by the Lake of Van, was called Urartu. Its kings ruled over Georgian tribes, ” Professor Shestokov, a Caucasian author, wrote in 1939. 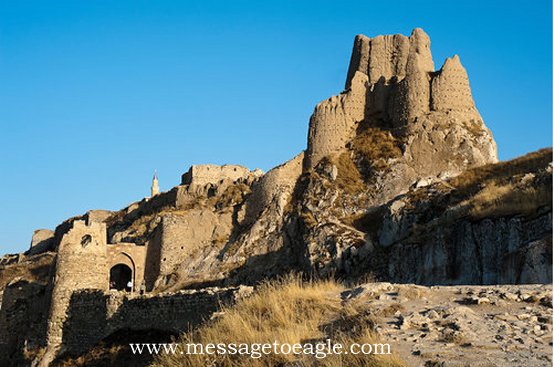 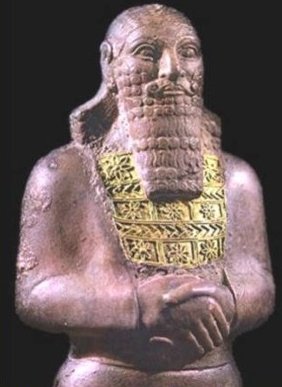 Urartian statuette of a prince with a gold breastplate.

In 1827, German scholar Friedrich Eduard Schulz made the first known attempt to study the ancient ruins. Schulz made copies of a number of inscriptions and had these sent back to Paris. Unfortunately Schulz and his party were attacked by bandits in 1829 and he was killed. These copies were not published until 1840 in Paris, where there were shown to be various inscriptions in Ancient Persian and Assyrian cuneiform, itself not fully translated, while the rest of the inscriptions were in an unknown language.

Several attempts have been made to decipher the cuneiform inscriptions of Armenia through the present-day Armenian language. The failure of these attempts has led some to believe that the inscriptions in question must be in some unknown, alien tongue, neither Indo-European nor Semitic. 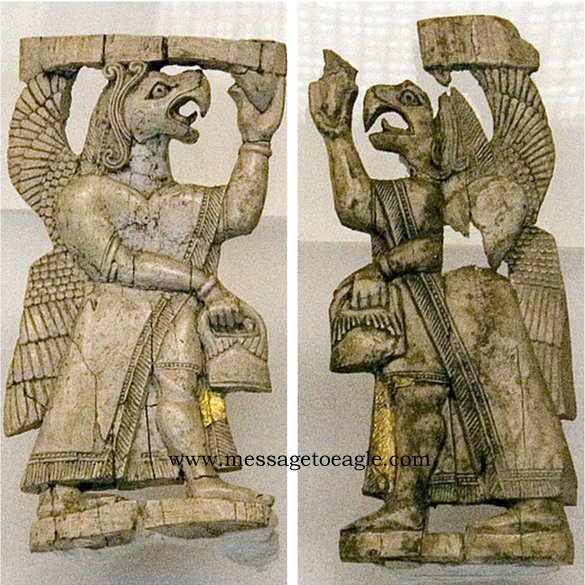 Two of the Urartian gods holding an unknown object. The plates were decorations for other items and were found at Rusahinili, an ancient Urartian fortress in Turkey. 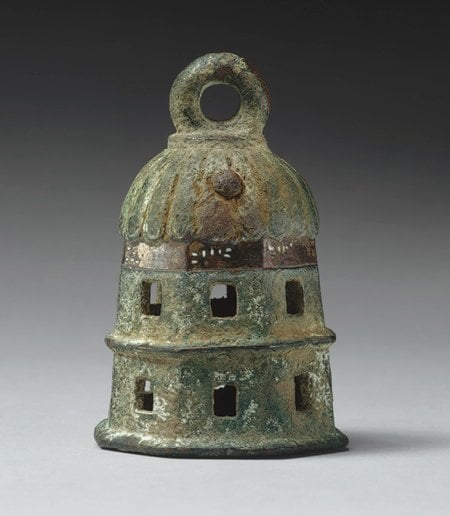 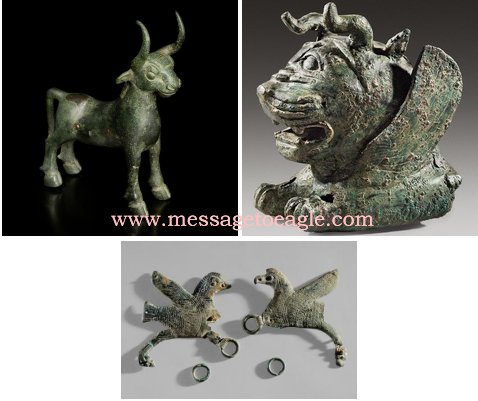 Archaeologist Boris Piotrovsky who headed the excavation of the city of Teishebaini, now Karmir Blur in modern Armenia discovered remains of a city that was besieged, and consumed in a great conflagration during a final night attack. He also uncovered several treasures and everyday artifacts that were taken to the citadel when the city was attacked. 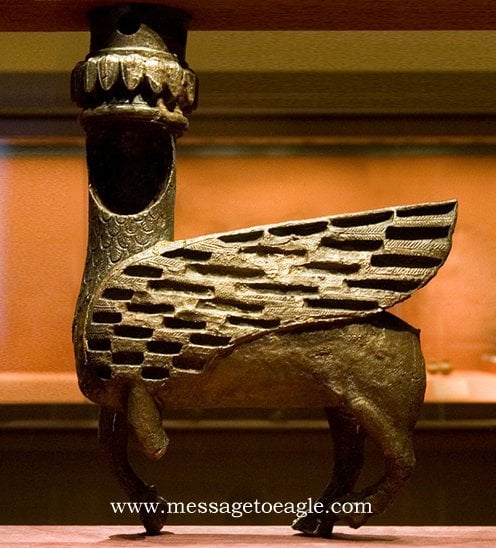 Winged sphinx without a face, bronze parts of one throne, Hermitage Museum, Russia

Obviously people of Urartu knew their kingdom was about to vanish and made a last attempt to hide some precious objects with hope these would survive as a reminder of the kingdom’s existence.

Unfortunately, a large number of these artifacts, including most of the inscribed objects, have not been excavated. For example, many Urartian cemeteries with their hundreds of burial goods have been robbed, while only a few (such as the cemetery at Altintepe) have been properly excavated. This means that archaeologists have been deprived of a complete and contextual knowledge of the culture and precious history has been lost once again.

This brilliant era of Urartu did not last long and the kingdom disappeared rapidly from history.