Eddie Gonzales Jr. – MessageToEagle.com – In July 2019, Vikram lunar lander –  part of India’s Chandrayaan-2 mission – was launched to reach the surface of the Moon on Sept.7. 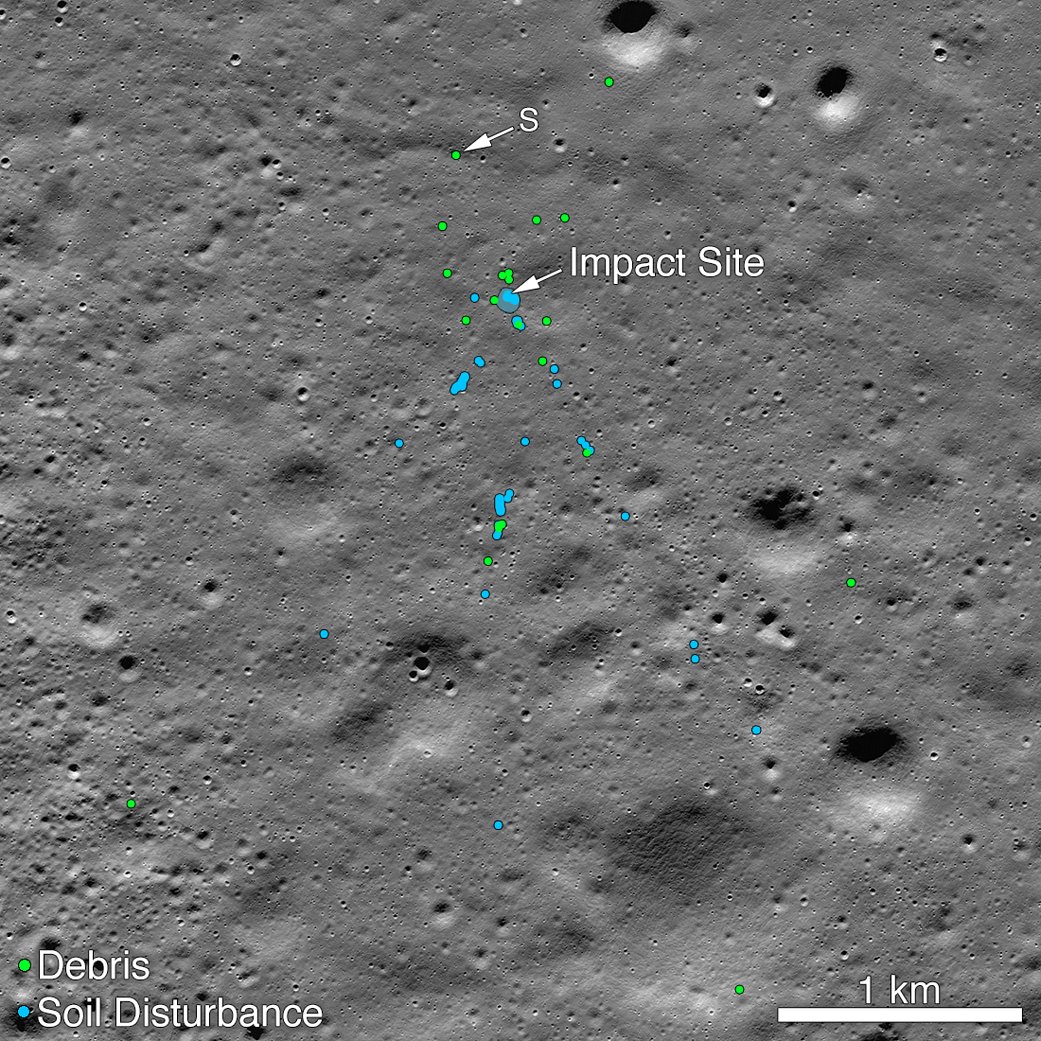 NASA made the announcement on Monday, releasing an image taken by its Lunar Reconnaissance Orbiter (LRO) that showed the site of the spacecraft’s impact (September 7 in India and September 6 in the US).

A version of the picture was marked up to show the associated debris field, with parts scattered over almost two dozen locations spanning several kilometers. 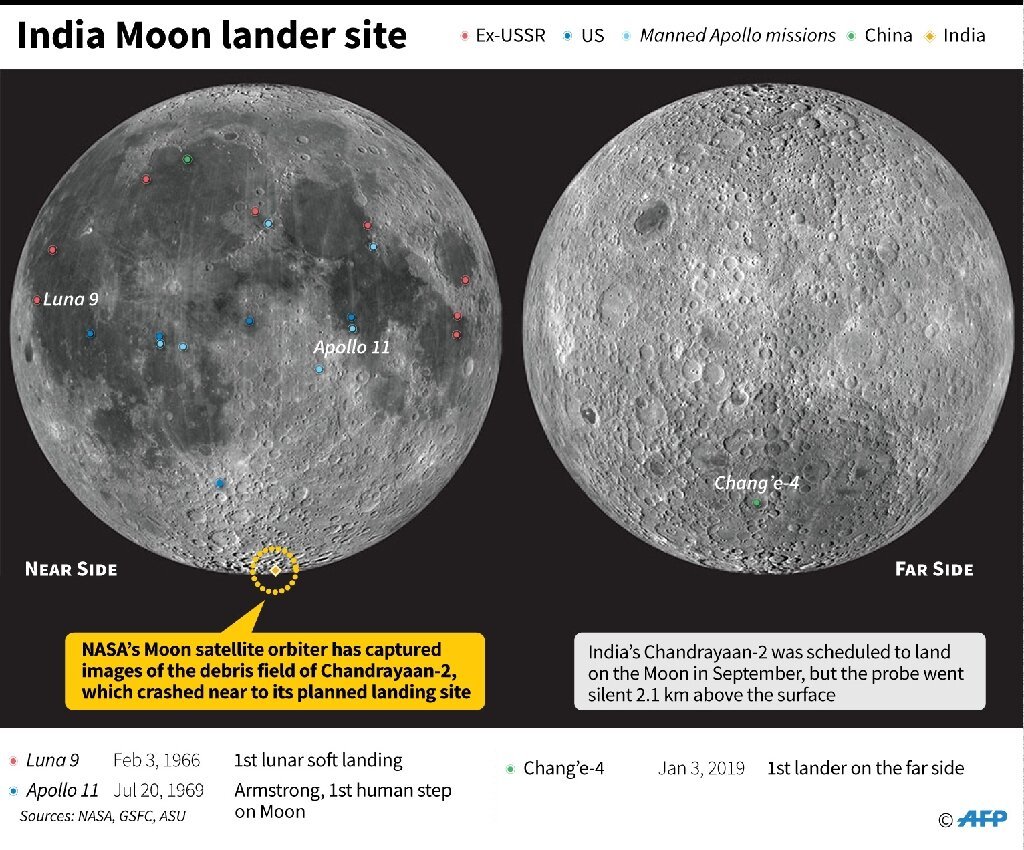 Landing sites for probes and crewed missions on the Moon, including the planned landing point of Indian lunar lander Chandrayaan 2 Vikram, which crashed in September.

According to NASA, a mosaic image of the site on September 26 (but taken on September 17), was released, inviting the public to compare it with images of the same area before the crash to find signs of the lander.

Shanmuga “Shan” Subramanian, a 33-year-old IT professional from Chennai, was the first person to come up with positive identification of the spacecraft. He told AFP that NASA’s inability to find the lander on its own had sparked his interest.

“I had a side-by-side comparison of those two images on two of my laptops… on one side there was the old image, and another side there was the new image released by NASA,” he said, adding he was helped by fellow Twitter and Reddit users. 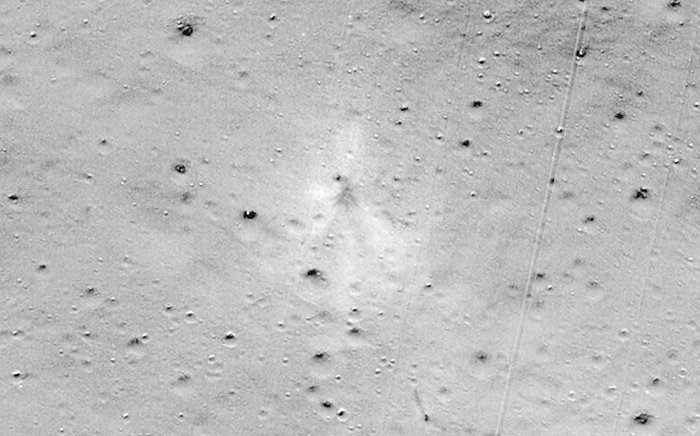 This before and after image ratio highlights changes to the surface; the impact point is near the center of the image and stands out due to the dark rays and bright outer halo. Note the dark streak and debris about 100 meters to the SSE of the impact point. Diagonal straight lines are uncorrected background artifacts. Credits: NASA/Goddard/Arizona State University

“It was quite hard, but (I) spent some effort,” said the self-professed space nerd, finally announcing his discovery on Twitter on October 3.

“NASA has to be 100% sure before they can go public, and that’s the reason they waited to confirm it, and even I would have done the same,” said Subramanian.

Blasting off in July, emerging Asian giant India had hoped with its Chandrayaan-2 (“Moon Vehicle 2”) mission to become just the fourth country after the United States, Russia, and regional rival China to make a successful Moon landing and the first on the lunar south pole.

The main spacecraft, which remains in orbit around the Moon, dropped the unmanned lander Vikram for a descent that would take five days, but the probe went silent just 2.1 kilometers above the surface.

Days after the failed landing, the Indian Space Research Organization said it had located the lander but hadn’t been able to establish communication.