Eddie Gonzales Jr. – MessageToEagle.com – Researchers try to answer one of the great questions—how did life begin?

In a new study – based on biological and cosmological models – scientists looked at how life’s building blocks could spontaneously form in the universe—a process known as abiogenesis. 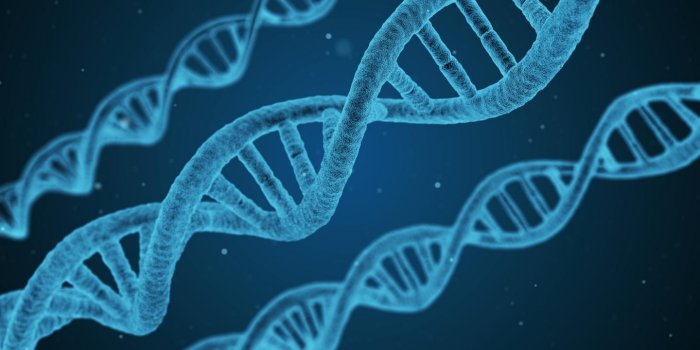 RNA shares chemical components with DNA and is an essential precursor to the existence of life. source

The origin of life (abiogenesis) still remains a mystery that has to be solved one day.

If there’s one thing in the universe that is certain, it’s that life exists. It must have begun at some point in time, somewhere. But despite all we know from biology and physics, the exact details about how and when life began, and also whether it began elsewhere, are largely speculative.

As the only life we know of is based on Earth, studies on life’s origins are limited to the specific conditions we find here.

Therefore, most research in this area looks at the most basic components common to all known living things: ribonucleic acid, or RNA. This is a far simpler and more essential molecule than the more famous deoxyribonucleic acid, or DNA, that defines how we are put together. But RNA is still orders of magnitude more complex than the kinds of chemicals one tends to find floating around in space or stuck to the face of a lifeless planet.

RNA is a polymer, meaning it is made of chemical chains, in this case, known as nucleotides.

Researchers believe that RNA no less than 40 to 100 nucleotides long is necessary for the self-replicating behavior required for life to exist.

But current estimates suggest that a magic number of 40 to 100 nucleotides should not have been possible in the volume of space we consider the observable universe.

“However, there is more to the universe than the observable. In contemporary cosmology, it is agreed the universe underwent a period of rapid inflation producing a vast region of expansion beyond the horizon of what we can directly observe. Factoring this greater volume into models of abiogenesis hugely increases the chances of life occurring,” said Professor Tomonori Totani from the Department of Astronomy of the University of Tokyo.

Indeed, the observable universe contains about 10 sextillion (1022) stars. Statistically speaking, the matter in such a volume should only be able to produce RNA of about 20 nucleotides. But it’s calculated that thanks to rapid inflation, the universe may contain more than 1 googol (10100) stars, and if this is the case then more complex, life-sustaining RNA structures are more than just probable, they’re practically inevitable.

“Like many in this field of research, I am driven by curiosity and by big questions,” said Totani.

“Combining my recent investigation into RNA chemistry with my long history of cosmology leads me to realize there is a plausible way the universe must have gone from an abiotic (lifeless) state to abiotic one. It’s an exciting thought and I hope research can build on this to uncover the origins of life.”