Conny Waters – MessageToEagle.com – Patara Lighthouse was found during the excavations carried out in Patara Antique city, and the structure is exactly 60 years older than the Tower of Hercules in Corunna, Spain.

Built by the Roman Emperor Nero between A.D. 64 and 65, the Patara Lighthouse was once the 12 meters (39 feet) high structure. 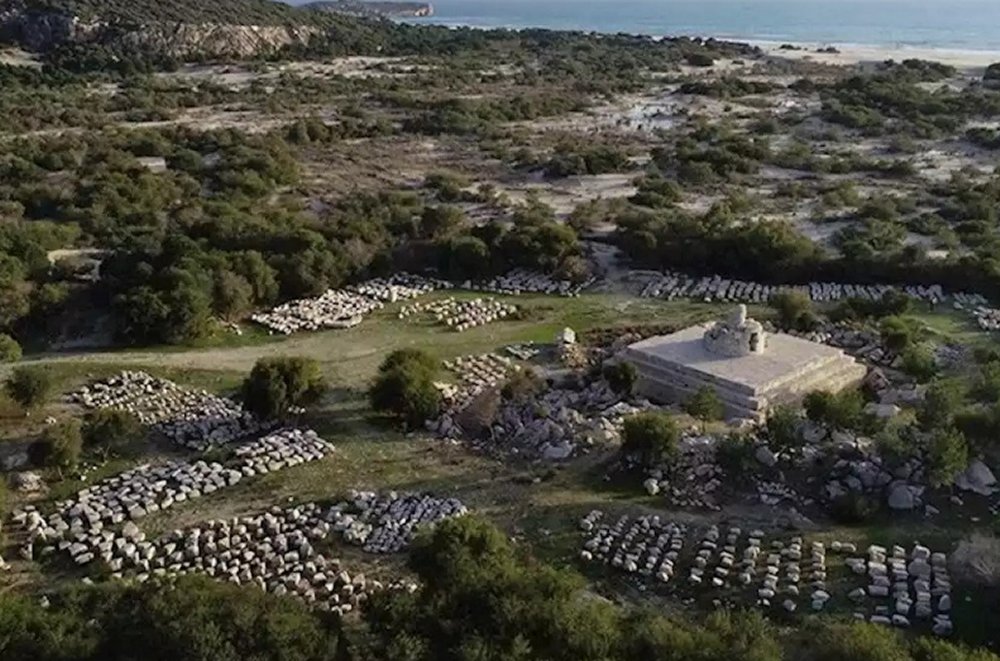 Patara Lighthouse is located in Xanthos in what was once the capital of the ancient Lycia region. (AA Photo)

A golden inscription was carved into the lighthouse’s walls and it informs: “I am Emperor Nero. I built this lighthouse to greet sailors.”

Now, this historical landmark is set to be restored.

“The lighthouse is the most fascinating artwork in the Patara area,” said Professor Havva İşkan Işık from the Department of Archaeology at Akdeniz University, adding that the lighthouse will be reconstructed with its original stones.

The ancient 30-meter-high lighthouse has the potential to become one of the most important cultural heritage sites in Turkey and once again shine on the shores of Kaş, in southern Antalya, centuries after it went dark.

Patara: One Of The Six Big Cities Of Lycian League Is Celebrated In 2020

Işık noted that even though the lighthouse is not the oldest of its kind in the world, it still has historical importance for Turkey, including playing an important role in the history of the Roman Empire.

“The Lighthouse of Nero has a huge potential to attract a great number of tourists,” she said. “The government has declared 2020 as the year of Patara. I thank the president for making this possible.”

Daily Sabah writes that the lighthouse was introduced to the world by William Gell, who carried out research visits on behalf of the Society of Dilettanti – an association examining ancient Greek and Roman arts – between 1812 and 1813, while the term lighthouse was first used by Turkish professor Fahri Işık who inaugurated the excavations in 1988. In August 2004, archaeologists carried out the second excavation to unearth the original stones used in the construction. 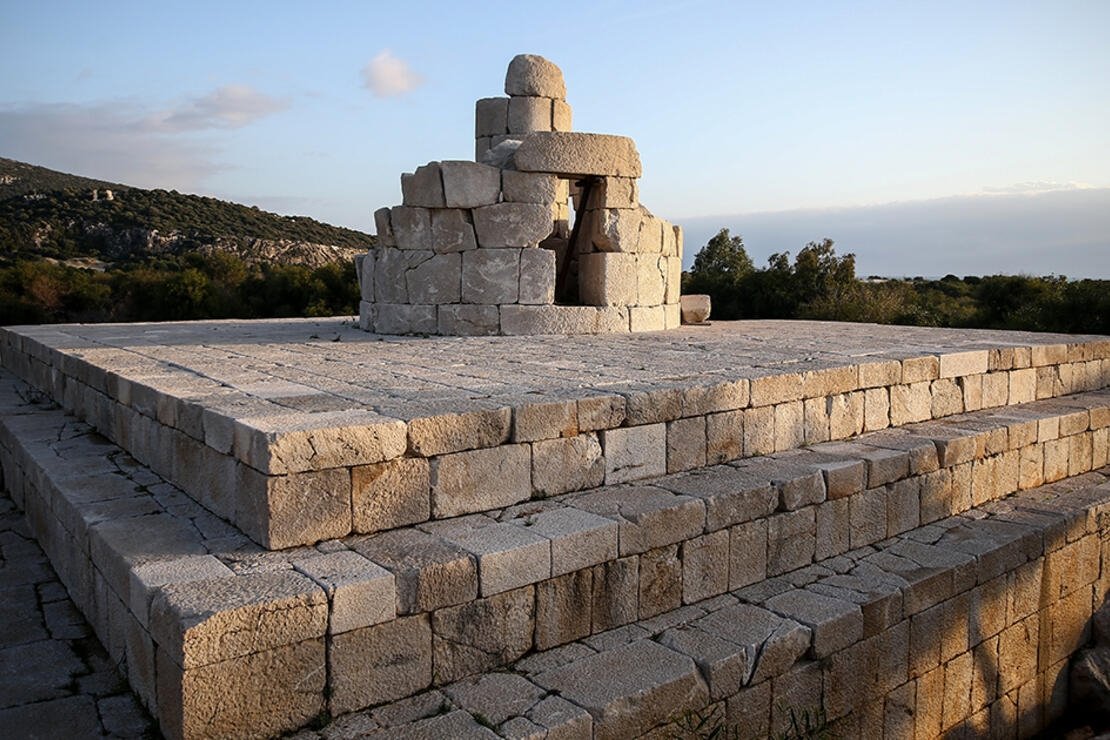 Archaeologists say the lighthouse will be rebuilt with its original stones in Kaş, Antalya. (AA Photo)

The lighthouse consists of two main sections – a podium and a tower – while the tower consists of two interlocking cylindrical structures connected by a spiral-shaped ladder. The wall thickness is 1.2 meters (4 feet). The tower will reach a height of about 26 meters (85 feet) on the podium after it is rebuilt.

Patara was one of Lycia’s major naval and trading ports, located at the mouth of the Xanthos River. Patara’s oracle at the renowned Temple of Apollo, which has not been discovered yet, was said to rival that of Delphi, and the temple equaled the reputation of the famous temple on the island of Delos. It was believed that Apollo lived on Delos during summer but spent the winters in Patara. The ancient city is also known as the birthplace of St. Nicholas, a.k.a. Santa Claus. St. Nicholas was a Christian bishop famed for helping the needy.

The city surrendered to Alexander the Great in 333 B.C. During the Hellenistic Period, the Lycian Council Building was built. It is regarded as a symbol of democracy in Lycia and a sign of its ancient glory.

Roman general Brutus captured Patara in 42 B.C. The Lycian settlement was then annexed by Emperor Claudius and turned into a magnificent Roman site with mesmerizing beaches along the Mediterranean Sea. The city later came under Byzantine and Ottoman control.