Cynthia McKanzie – MessageToEagle.com – Latest discovery shows we still don’t know everything about the human body, and researchers have once again something new to add to our medical books.

Scientists detected humans have a previously unknown pain organ in the skin. This new sensory receptor organ is able to detect painful mechanical damage, such as pricks and impacts. 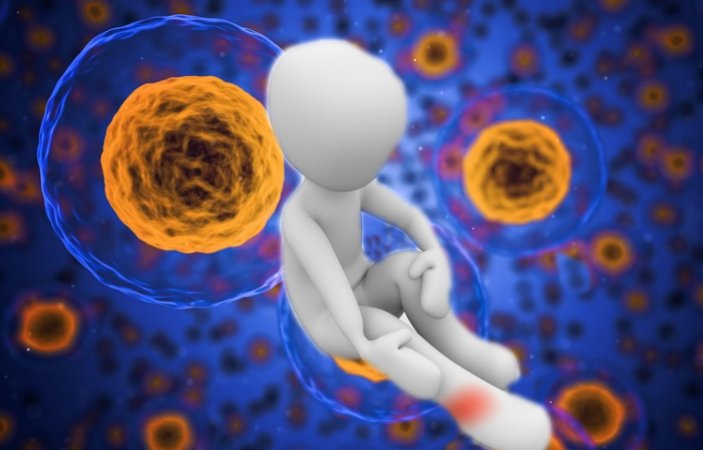 Pain is something many people suffer from. It’s estimated that one person in every five experiences constant pain and there is a considerable need to find new painkilling drugs.

However, sensitivity to pain is also required for survival and it has a protective function. It prompts reflex reactions that prevent damage to tissue, such as pulling your hand away when you feel a jab from a sharp object or when you burn yourself.

Swedish scientists at the at Karolinska Institutet in Stockholm, who discovered this new sensory receptor organ explain it’s is sensitive to hazardous environmental irritation. It is comprised of glia cells with multiple long protrusions and which collectively go to make up a mesh-like organ within the skin. This organ is sensitive to painful mechanical damage such as pricks and pressure.

“Our study shows that sensitivity to pain does not occur only in the skin’s nerve fibres, but also in this recently-discovered pain-sensitive organ. The discovery changes our understanding of the cellular mechanisms of physical sensation and it may be of significance in the understanding of chronic pain,” says Patrik Ernfors, professor at Karolinska Institutet’s Department of Medical Biochemistry and Biophysics and chief investigator for the study.

Discoveries of new organs in the human body are not uncommon. Some years ago, researchers in Ireland identified a new organ called the mesentery that connects the intestine with the wall of your abdomen. The mysterious organ, of which function is still unclear, has been long believed to be a fragmented structure made up of multiple separate parts.