MessageToEagle.com – There are hundreds of comets flying around the Solar System and Rosetta’s Comet is rather small compared to other enormous objects that exists in space.

But, if we compare the size of Rosetta’s Comet to for example a city like Los Angeles the object is huge! 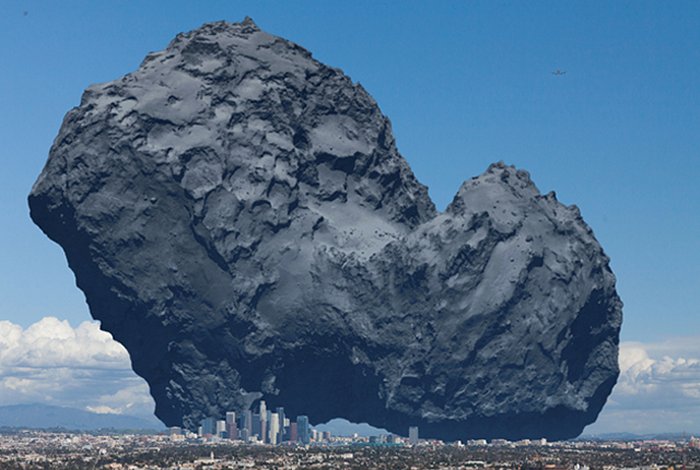 The image is by Matt Wang, who combined a photograph of Los Angeles with an image from the Rosetta spacecraft rendezvousing with Churyumov-Gerasimenko.

Named after its discoverers, Churyumov-Gerasimenko the body of Comet 67P/C-G, is about as long as Central Park in New York! 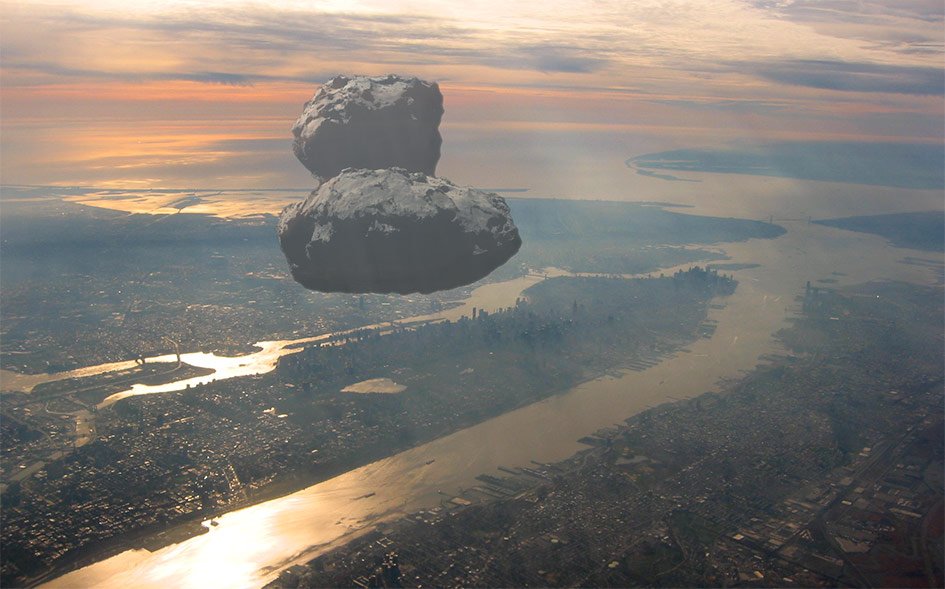 Comet 67P is one of numerous short period comets which have orbital periods of less than 20 years and a low orbital inclination. Since their orbits are controlled by Jupiter’s gravity, they are also called Jupiter Family comets.

‘Zone of Avoidance’ And Vela Supercluster, One Of The Most Gigantic Objects Revealed Behind The Milky Way

Comet Hyakutake Has The Longest Tail Ever Recorded

These comets are believed to originate from the Kuiper Belt, a large reservoir of small icy bodies located just beyond Neptune. As a result of collisions or gravitational perturbations, some of these icy objects are ejected from the Kuiper Belt and fall towards the Sun.

When they cross the orbit of Jupiter, the comets gravitationally interact with the massive planet. Their orbits gradually change as a result of these interactions until they are eventually thrown out of the Solar System or collide with a planet or the Sun.

Rosetta’s comet never crosses the Earth’s orbit so there is no danger of a collision, at least until a close encounter with some other planet shifts its orbit. Unfortunately the same cannot be said for other, even larger, asteroids and comets and these space objects are a potential threat to our planet.