MessageToEagle.com – North America’s largest cliff dwelling is known as ‘Cliff Palace’ and it’s located in Mesa Verde, in the southwestern corner of Colorado.

Great structures of Mesa Verde were built by the Ancient Puebloans – considered to be the ancestors of many of the modern-day Pueblo peoples of New Mexico as well as the Hopi in Arizona.

About 750 AD they began building complex multi-storied houses above ground and about 1000 AD they developed sophisticated stone masonry techniques, using sandstone, with structures two or three stories high in units of 50 or more.

About 1100-1300 AD, the population at Mesa Verde expanded to several thousand people and shifted off the mesa into compact communities located in large hillside alcoves as seen in ‘cliff dwellings’ such as Spruce Tree House, Cliff Palace, Balcony House, and Long House. 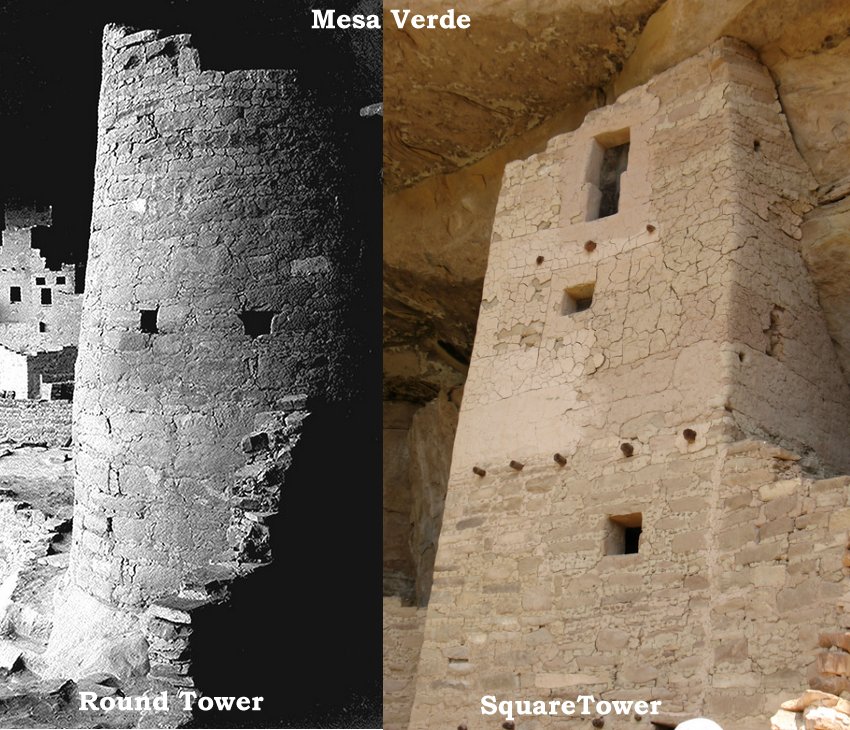 The Round Tower of famous Cliff Palace – built on top of a huge sandstone boulder – is approximately twenty feet high and is supposed to have extended to the overhanging roof of the cave, which would have added additional fifteen feet to its height.