Cynthia McKanzie – MessageToEagle.com – Beneath Africa there is an unusual anomaly that is weakening Earth’s magnetic field dramatically. Researchers have gathered new data that provides evidence that region in southern Africa, known as the South Atlantic Anomaly may play a unique role in magnetic pole reversals.

Does this mean we can expect a new pole reversal soon? 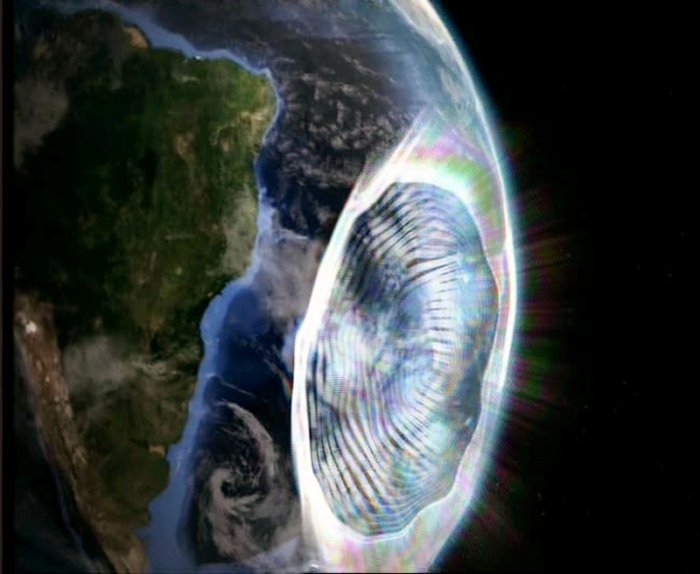 The Laschamp Excursion was dangerous because during this event the Earth lost its magnetic field.

Our planet was left unprotected from the bombardment of cosmic rays. Our planet was vulnerable and left in the mercy of the cosmic forces that could easily destroy all life.

As previously mentioned on MessageToEagle.com, in terms of life on Earth and the direct impact of a reversal on our species we cannot definitively predict what will happen as modern humans did not exist at the time of the last full reversal, but it’s vital to monitor all changes to Earth’s magnetic field.

According to researchers from University of Rochester, “the strength of the magnetic field has been decreasing at an alarming rate. The region where it is weakest, and continuing to weaken, is a large area stretching from Chile to Zimbabwe called the South Atlantic Anomaly.” 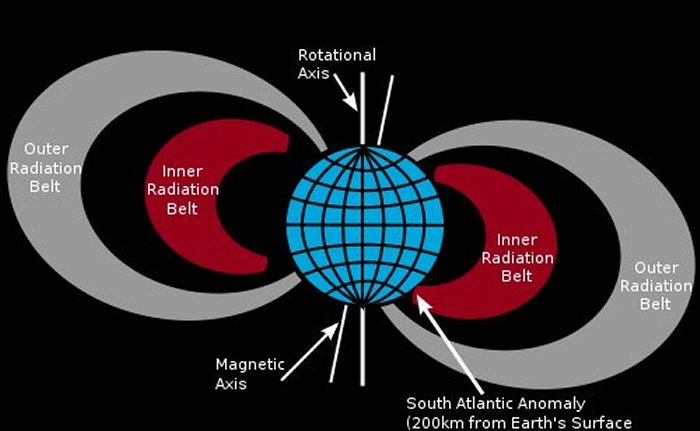 The South Atlantic Anomaly (SAA) refers to the area where the Earth’s inner Van Allen radiation belt comes closest to the Earth’s surface. This leads to an increased flux of energetic particles in this region and exposes orbiting satellites to higher than usual levels of radiation. The effect is caused by the non-concentricity of the Earth and its magnetic dipole, and the SAA is the near-Earth region where the Earth’s magnetic field is weakest.

The shape of the SAA changes over time.

“We’ve known for quite some time that the magnetic field has been changing, but we didn’t really know if this was unusual for this region on a longer timescale, or whether it was normal,” says Vincent Hare, who recently completed a postdoctoral associate appointment in the Department of Earth and Environmental Sciences (EES) at the University of Rochester, and is lead author of a paper published in Geophysical Research Letters.

“We were looking for recurrent behavior of anomalies because we think that’s what is happening today and causing the South Atlantic Anomaly,” Professor and chair of EES, John Tarduno says. “We found evidence that these anomalies have happened in the past, and this helps us contextualize the current changes in the magnetic field.”

The researchers discovered that the magnetic field in the region fluctuated from 400-450 AD, from 700-750 AD, and again from 1225-1550 AD. This South Atlantic Anomaly, therefore, is the most recent display of a recurring phenomenon in Earth’s core beneath Africa that then affects the entire globe.

“We’re getting stronger evidence that there’s something unusual about the core-mantel boundary under Africa that could be having an important impact on the global magnetic field,” Tarduno says.

The magnetic field is generated by swirling, liquid iron in Earth’s outer core. It is here, roughly 1800 miles beneath the African continent, that a special feature exists. Seismological data has revealed a denser region deep beneath southern Africa called the African Large Low Shear Velocity Province. The region is located right above the boundary between the hot liquid outer core and the stiffer, cooler mantle. Sitting on top of the liquid outer core, it may sink slightly, disturbing the flow of iron and ultimately affecting Earth’s magnetic field.

When Is The Next Magnetic Pole Reversal And How Will It Affect Us?

Hare and Tarduno warn, however, that their data does not necessarily portend a complete pole reversal.

“We now know this unusual behavior has occurred at least a couple of times before the past 160 years, and is part of a bigger long-term pattern,” Hare says. “However, it’s simply too early to say for certain whether this behavior will lead to a full pole reversal.”