These unknown lights have been captured on footage and there are those who suggest they are of extraterrestrial origin. 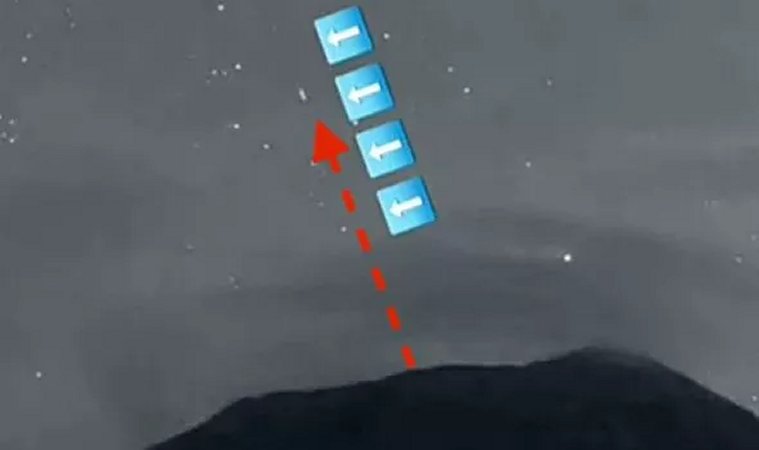 Some this is spaceship’ seen entering Mexican volcano which is used as an ‘alien city’. Credit: YouTube

UFO believers have long claimed extraterrestrial are using the volcano as a base. But solid proof confirming this theory is still missing. The peculiar lights are interesting nevertheless and for now they remain an unexplained mystery.

The video shared on YouTube by user Esmeralda Martinez shows how several bright objects are flying around the volcano. It appears the mysterious objects flew out of the volcano while the others entered it.

Scott Waring wrote on his blog ET Database: “This is a great discovery of several UFO around the famous Mexican volcano Popocatepetl.

Mysterious Large Blue ‘Blob’ Visible In The Skies Over Wales

An entire alien city of many species living there.”

It’s not the first time Waring proposed there is a hidden alien base inside the Popocatepetl volcano.

In December last year, Waring said that an eruption by the volcano accidentally revealed a portion of an alien base.

According to Waring, the structure he spotted was hundreds of meters tall. He believed it was the doorway that led to the underground alien base.

“I’ve recorded over a dozen objects on this cam and thought I might have some luck today,” he stated. “I did…but instead of a flying object I found a giant structure hundreds of meters tall. It had a square doorway that was close to 60 meters across! The structure was not there and then the sun hit it perfectly and there it was.”

Volcano Popocatepetl, whose name is the Aztec word for smoking mountain, towers to 5426 m 70 km SE of Mexico City to form North America’s 2nd-highest volcano. Nicknamed El Popo it is one of Mexico’s most active volcanoes.