MessageToEagle.com – How big the the tomb of Pharaoh Seti I?

Pharaoh Seti I of the 19th dynasty reigned from 1290 until his death in 1279 BCE. He was the son of Ramses I. Seti I was the real founder of the greatness of the Ramessids and he did much to promote the prosperity of Egypt.

The tomb of Pharaoh Seti I was discovered in 1817 by Giovanni Battista Belzoni who noted the tomb at 328 feet (100 meters). Recent excavations and study of the tomb revealed that it is much larger than previously thought. The tomb has multiple passageways and more than a hundred small chambers. Archaeologists still haven’t been able to locate its end!

The tomb of Seti I is artistically adorned and decorated. It features exquisite reliefs, colorful paintings, and an intricately carved column depicting Seti I with the goddess Hathor. Archaeologists also found clay vessels, fragments of the tomb’s painted wall reliefs, and a quartzite ushabti figure —a funerary statue.

Unfortunately, since excavations during the ’50s and ’60s caused changes in the tomb’s moisture levels, a number of the walls have cracked or collapsed, and the tomb is now mostly closed to the public. 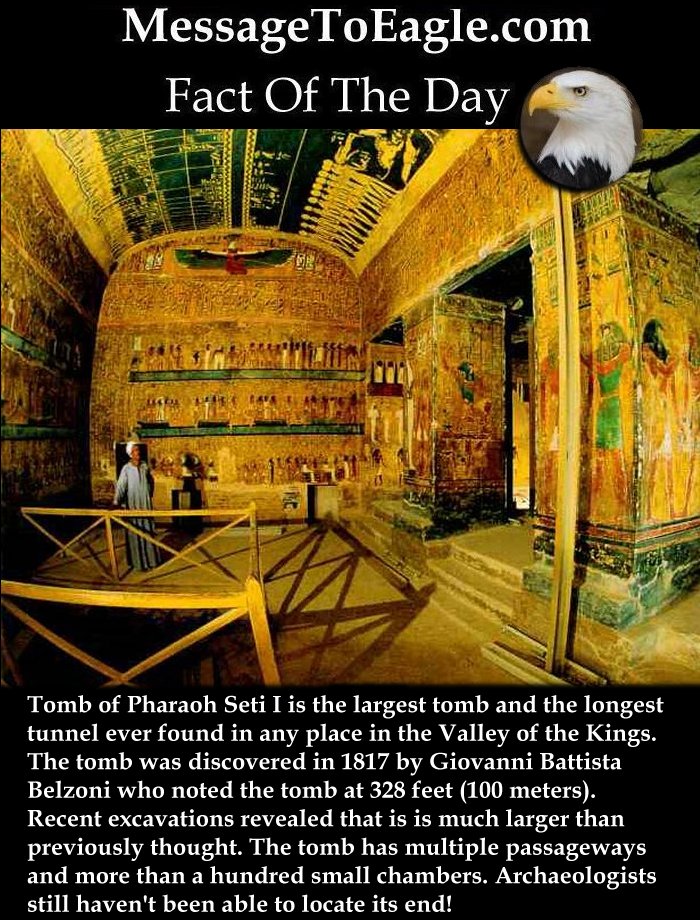