MessageToEagle.com – He was an experienced climber, but what he saw and felt terrified him so much that he never returned to the mountains alone… He was not the only person to who experienced something very strange. 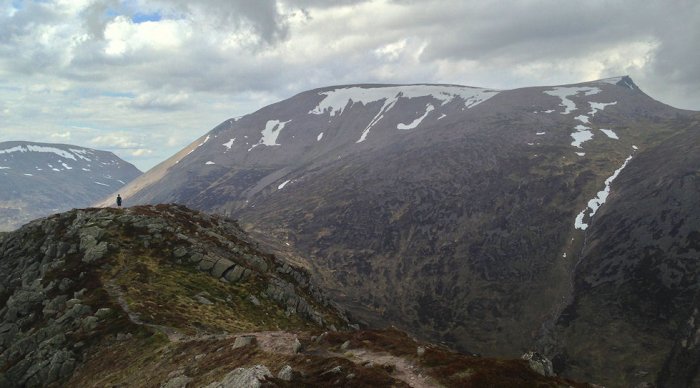 The Scottish mountain Ben Macdui is located at the heart of the Cairngorms, on the eastern side of a pass called the Lairig Ghru. Ben Macdui (1.309m / 4.295 feet) is the second highest mountain in the British Isles.

The mountain has become well-known not because of its beauty, but rather due to a number of unexplained incidents that have occurred here and in the mountain’s vicinity.

According to early reports, the first encounter with an unknown entity took place back in 1890.

In 1925, Professor Norman Collie (1859-1942) described his unusual experience at the annual meeting of the Cairngorm Club. He said the event occurred 35 years earlier, one day when he had been descending from the Ben Macdui.

There was a mist and the weather conditions made the climbing difficult. On his way back, Professor Collie suddenly heard something more than just the sound of his own footsteps. For every few steps he took, he heard a crunch and then another one. He was under the impression someone was following him, taking steps three or four times the length of his own.

Eventually, he became “seized with terror”. He started running as quickly as he could, staggering blindly among the boulders for four or five miles until he reached the Rothiemurchus Forest.

Whatever it was that had been following him, was now gone. 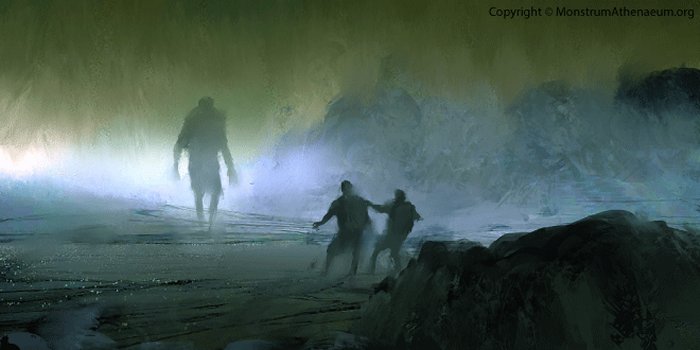 Dr. A.M. Kellas, a chemistry teacher and climber experienced something similar while accompanied by his brother.

The two men had been chipping for crystals late one afternoon on Ben Macdui. Suddenly they noticed a giant figure descending towards them from the cairn. Then it vanished out of sight. They awaited its reappearance, but it did not take long before fear overtook them and they fled.

During the summer of 1904, a man called Hugh Welsh spent some nights on the summit of Ben Macdui.

According to Mr. Welsh, he and his brother heard the sound of slurring footsteps, as if someone was walking slowly through water-saturated gravel. They heard the same sound during the day but saw nothing that could explain it. Welsh said that he and his brother were frequently conscious of “something near them”. They had “an eerie sensation of apprehension.”

Over the years there have been a number of reports from climbers who have experienced something odd in the vicinity of Ben Macdui.

In June 2006, Steven Pedlar and his father Roy set out to climb Sgor an Lochain Uaine (The Angle’s Peak) and Braeriach in the Cairngorms.

After about five minutes, Steven stopped to put plasters on his heels, which had developed blisters. Meanwhile, his father continued climbing. When Steven started climbing again, about 20 minutes later his father was about quarter of a mile ahead of him.

Mysterious Greyfriars Kirkyard: A Cemetery In Edinburgh With Dark And Spooky History

Steven heard shuffling sounds behind him, but when he turned around there was no-one there. Steven continued walking and finally he caught up with Roy who waited for him at the plateau. Roy had heard the same strange sound and thought it must have been footsteps.

There was a very strong wind that started blowing from the south. For a moment Roy and Steven thought the wind could have moved some of the stone and it would explain the sound they had heard. However, the both men realized the wind could not have caused the footstep-like noises. The sound was much too regular.

Roy and Steven could not explain what had happened… 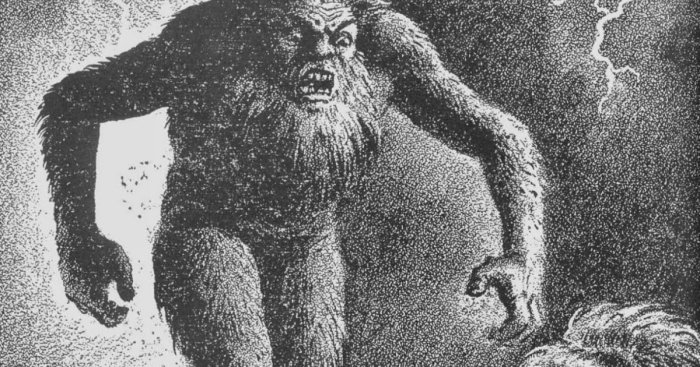 When Tom Robertson, a Scottish ghost investigator visited the place in 2004, he said  that he and his companion Derek Blake heard footsteps and strange noises. They also saw the outline of a dark shape against the moonlight. It seemed to be 10 feet tall. A huge arm allegedly reached over their tent which then collapsed on Blake’s side. The flysheet of the tent was torn off and Robertson saw what looked like a huge gray gorilla.

Then the attacks stopped and the huge creature vanished. However, fearing the creature would return, Robertson and Blake decided to abandon the tent and leave the place as soon as possible. On their way back they took photographs of very large footprints in the gravel.

Similar reports have come from other regions which are not confined to the Cairngorms.

In May 2009, a walker was traversing some hills a few miles to the east-south of Achnasheen in northern Scotland. After he entered a cloud at 400 meters everything was still and eerily quiet. He could not see more than 50 meters ahead. The man heard footsteps and breathing behind him. He felt someone was following him. Whenever he started walking faster the footsteps behind seemed to speed up. When he stopped, his invisible pursuer stopped too.

The walker decided to pause briefly at the summit cairn of Meallan nan Uan and waited to see if someone would emerge from the mist, but nothing happened.

People often say they experience unexpected feelings of apprehension in the region. In many cases they are aware of an eerie silence that is almost supernatural.

Stories of this kind have led people to believe there is a Big Grey Man living in near the Ben Macdui Mountain. Some think it is Bigfoot roaming the Scottish mountains.

Locals call the creature Am Fear Liath Mòr, and it has become known as the Big Grey Man of Ben MacDhui. Some believe the legend is based in an atmospheric phenomenon known as a Brocken Spectre. This is when the sun casts shadows of hikers on nearby mists, making it look like a shadowy giant is lurking in the fog nearby. As for the footsteps, some attribute the sound to cryoseismic activity on the oft-frigid mountaintop.

Maybe one day someone will finally manage to photograph the creature and we will know the truth about what is causing the weird sound at Ben Macdui.