A. Sutherland  – AncientPages.com  – Assyriologists have identified around twenty central provinces, and much we know today about Sumer originate from archives related to the sites of Girsu (Tello), Umma, Ur, Nippur, and Puzriš-Dagan (Drehem, a suburb of Nippur). 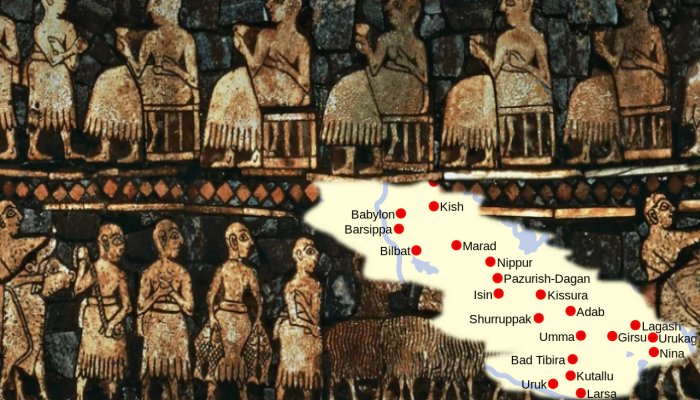 Especially, the collections from Umma and Girsu-Lagash are practically the only surviving provincial archives from the times of the Third Dynasty from Ur, which can serve as the basis for the study of local power structures, including the position of ensi.

A two-headed power controlled these provinces: one of them was a civil governor, ensi, who directed the administration and the sector of the temples and represented the highest judicial authority of the province.

The other was a post of the military governor (sagina) of Ur, a position which may have been a promising starting point for a career. The sagina reported directly to the authority of the king or the grand vizier. It was, therefore, independent of ensi.