Jan Bartek – AncientPages.com – Yeti has always been a troublesome mythical creature. People have argued over his existence for years and many claim they’ve sighted this elusive giant ape-like creature roaming the Himalayas. 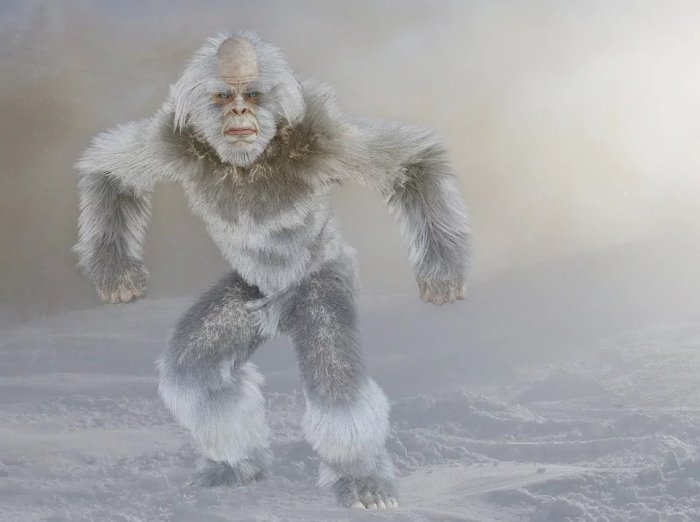 Yeti is believed to be a large snowman roaming the Himalayas. Credit: Public Domain

A large number of Yeti sightings hasn’t impressed scientists who argue Yeti cannot be real. Some years ago, a science team traveled to the Himalayas looking for Yeti. They investigated, wrote a report and made all Yeti believers disappointed. The science team led by geneticist Charlotte Lindqvist said the rare Himalayan brown bear is one possible origin of the Yeti legend.

Is Yeti A Large Bear?

In a study, Lindqvist and her colleagues described how they used DNA to examine nine alleged Yeti samples. Among them was a thigh bone discovered by a spiritual healer in a cave, hair from a mummified animal kept at a monastery, a tooth from a stuffed animal found in by Nazis in the 1930s, and other less significant samples. The results of Lindqvist’s DNA study led to the conclusion that Yeti was just a bear. Previous genetic studies led to similar conclusions. Bryan Sykes, a geneticist at Oxford examined alleged Yeti DNA samples and declared this mythical creature was an ancient 40,000-year-old polar bear, and possibly a hybrid bear. 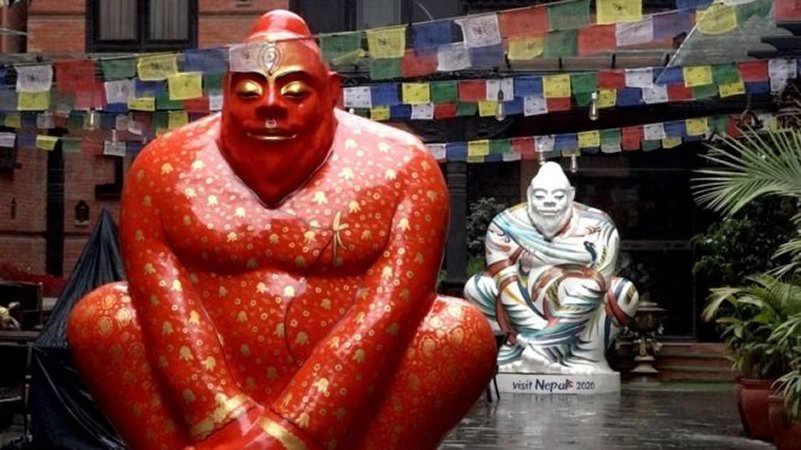 To promote tourism, new statues of Yeti will be placed across the country and people don’t like them. Credit: BBC

But devoted Yeti believers refuse to listen to the scientific community and claim Yeti is a mythical beast because it is described as such in folktales.

“The yeti is known throughout the Tibetan plateau and into the Trans-Himalaya regions of the Kun Lun Mountains and Altai Himalaya.

Makara – Legendary Sea-Creature With Many Incarnations In Hindu Mythology

In Mongolia he is known by the name “wildman” or “wild people“— almas (singular) or in other dialects, almasty or almasti. The most common name in Tibet for the yeti is dremo. In eastern Tibet, near Bhutan, they are called nydag shidag, and are thought to be guardians of certain areas.

Apes do not live in the high plateau mountain regions of Tibet, Mongolia, Russia and Central Asia, so the yetis of this region have usually been associated with wildmen, rather than with some sort of giant ape, as in Nepal, Bhutan and Southeast Asia.