Cynthia McKanzie – MessageToEagle.com – Most think cats or dogs do not have facial expressions, but it’s a common misconception. You can learn how to read your cat’s or dog’s face, but it’s not easy.

Scientists from the University of Guelph in Canada have discovered that some people are veritable “cat whisperers” who excel at deciphering subtle differences in cats’ faces that reveal mood.

Women and those with veterinary experience were particularly good at recognizing cats’ expressions — even those who reported they didn’t feel a strong attachment to cats, the large study found. 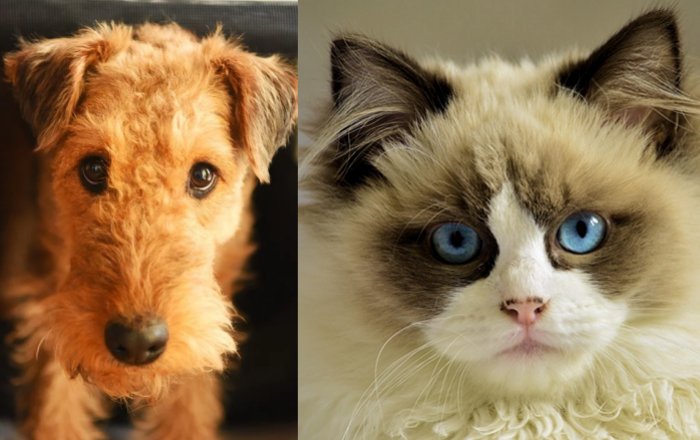 “The ability to read animals’ facial expressions is critical to welfare assessment. Our finding that some people are outstanding at reading these subtle clues suggests it’s a skill more people can be trained to do,” said Professor Lee Niel, who led the study with Professor. Georgia Mason, both from U of G’s Campbell Centre for the Study of Animal Welfare.

The only research so far on readings cats’ faces has focused on expressions of pain. “This study is the first to look at the assessment of a wider range of negative emotional states in animals, including fear and frustration, as well as positive emotional states,” said Mason.

Published recently in the November issue of Animal Welfare, the study recruited more than 6,300 people from 85 countries who were asked to watch 20 short online videos of cats from a collection of 40 videos, gleaned mostly from YouTube, and complete online questionnaires.

The videos showed cats experiencing either positive emotional states (situations the cats had sought out, such as being petted or given treats), or in negative states (such as experiencing health problems or being in situations that made them retreat or flee). Each video was focused on the cat’s face –its eyes, muzzle and mouth. None of the cats showed expressions of fear, such as bared fangs or flattened ears, since these facial expressions are already widely understood.

Participants were asked to judge whether each cat was in a positive state, a negative one, or if they weren’t sure.

Most participants found the test challenging. Their average score was 12 out of 20 — somewhat above chance. But 13 percent of the participants performed very well, correctly scoring 15 or better — a group the researchers informally called “the cat whisperers.”

Catnip “Catmint” Has Remarkable Effect On Cats – Why?

“The fact that women generally scored better than men is consistent with previous research that has shown that women appear to be better at decoding non-verbal displays of emotion, both in humans and dogs,” said Mason, who worked on the study along with post-doctoral researchers Jenna Cheal and Lauren Dawson.

Surprisingly, being a cat lover made no difference at all, since reporting a strong attachment to cats did not necessarily result in a higher score.

The finding that some people are skilled at reading cats’ faces suggests that others could be trained to do so as well.

“This is important to be able to do because it could help strengthen the bond between owners and cats, and so improve cat care and welfare,” said Niel.

To test your own cat-reading abilities, the research team has created a website with details.

Researchers at the Max Planck Institute did a similar study and discovered the human ability to recognize dogs’ facial expressions of dogs is mainly acquired through age and experience. It is not an evolutionarily selected trait.

We know that dogs have evolved the ability to understand human words, iconic signs, and other gestures, and research has shown that dogs can even use the tone of voice and facial expressions to recognize human emotions. Beyond personal testimony from dog lovers, however, little attention has been paid to how well humans can understand their canine counterparts.

In order to test how well humans can understand the emotions behind dog facial expressions, researchers collected photographs of dogs, chimpanzees, and humans displaying either happy, sad, angry, neutral, or fearful emotions as substantiated by the photographers.

Each participant was presented with photographs of dogs, chimps, and humans, and asked to rate how much the individual in the picture displayed happiness, sadness, anger, or fear. Adults were also asked to determine the context in which the picture had been taken (e.g., playing with a trusted conspecific partner; directly before attacking a conspecific).

The results of the study showed that, while some dog emotions can be recognized from early on, the ability to reliably recognize dog emotions is mainly acquired through age and experience. In adults, the probability of recognizing dog emotions was higher for participants who grew up in a cultural context with a positive attitude towards dogs, regardless of whether they owned a dog themselves.

The researchers also found that regardless of age or experience with dogs, all participants were able to identify anger and happiness reliably. Other than anger and happiness, the children in the study were not good at identifying dog emotions.