Cynthia McKanzie – MessageToEagle.com – Jupiter’s moon Europa is very interesting to those who seek traces of extraterrestrial life. Scientists have previously found liquid water is present under the icy surface of Europa, but what more could be hidden beneath the thick ice? 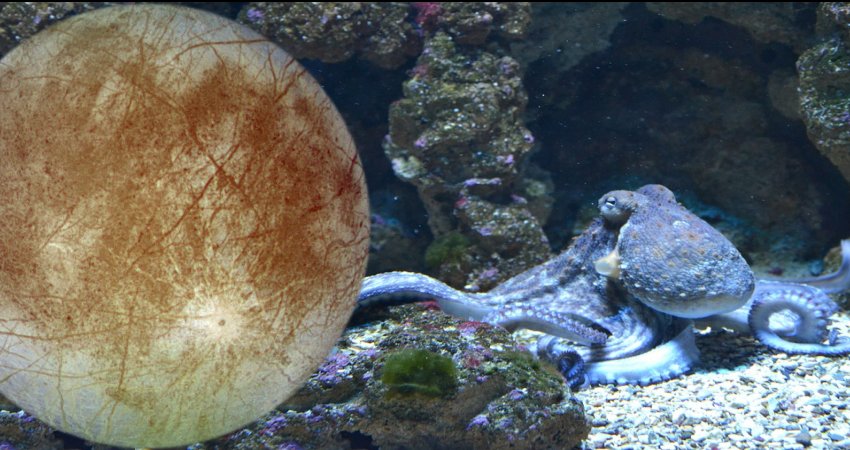 But why should be looking for aliens resembling an octopus?

We know that the deep caverns and caves found on Mars offer shelter from intense solar radiation while also potentially boosting remnants of ice. It’s therefore not far-fetched to assume that there are subterranean life-forms on the Red Planet.

With an equatorial diameter of 1,940 miles (3,100 kilometers), Europa is about 90 percent the size of Earth’s Moon, but don’t let the small size discourage you from imagining there could be alien life there.

“When it comes to the prospects of life beyond Earth, it’s almost a racing certainty that there’s life beneath the ice on Europa.

There you’re protected from solar radiation. And that means there’s the possibility of ice remaining in the pores of the rocks, which could act as a source of water.

If there is something on Mars, it’s likely to be very small—bacteria.

But I think we’ve got a better chance of having slightly higher forms of life on Europa, perhaps similar to the intelligence of an octopus,” Professor Grady says. 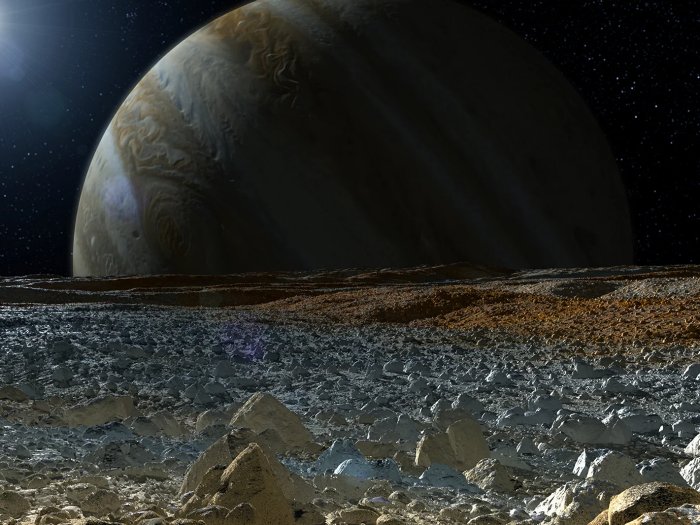 Alien life can exist beneath the thick ice on Europa. Credit: NASA

Europa, one of Jupiter’s 79 known moons is located more than 390 million miles from Earth. Covered by a layer of ice up to 15 miles deep, Europa’s ice acts as a protective barrier against both solar radiation and asteroid impact.

Meanwhile, the prospect of hydrothermal vents on the ocean floor—as well sodium chloride in Europa’s salty water—also boost the prospects of life.

Which Galaxies Are Best For Intelligent Extraterrestrial Life?

Copies Of Our Civilization Can Exist On Alien Worlds – Astronomer Says

In the sci-fi movie Report Europa, a space exploration company sends six of the best astronauts from around the world on a privately funded mission to search and confirm life on Jupiter’s moon, Europa. The team lands on the moon, drills through the ice and releases a probe into the underlying sea.

Hiding beneath the Europa’s ice, in the cold waters the team discovers a bizarre, squid-like creature.

Could we experience a similar scenario in real life? Nothing is impossible.

What About Extraterrestrials Beyond The Milky Way?

Professor Grady is open to all possibilities when discussing where aliens can be found. She thinks that the environmental conditions that led to life on Earth are ‘highly likely’ to be replicated elsewhere.

“Our solar system is not a particularly special planetary system, as far as we know, and we still haven’t explored all the stars in the galaxy.

Humans evolved from little furry mammals that got the opportunity to evolve because the dinosaurs were killed by an asteroid impact.

That is probably not going to happen on every planet—but it’s at least possible based purely on a statistical argument.

Whether we will ever be able to contact extraterrestrial life is anyone’s guess, purely because the distances are just too huge. And as for so-called alien ‘signals’ received from space, there’s been nothing real or credible, I’m afraid, “she says.

Humans Have A Duty To Treasure And Protect Planet Earth

Professor Grady says that by looking at the bigger, inter-planetary picture, Earth’s own ecological situation is brought into sharp focus.

She says: “We could be all there is in the galaxy. And if there’s only us, then we have a duty to protect the planet.

I’m fairly certain we’re all there is at our level of intelligence in this planetary system.

And even if there are octopuses on Europa, that doesn’t give us a reason to destroy our planet.” 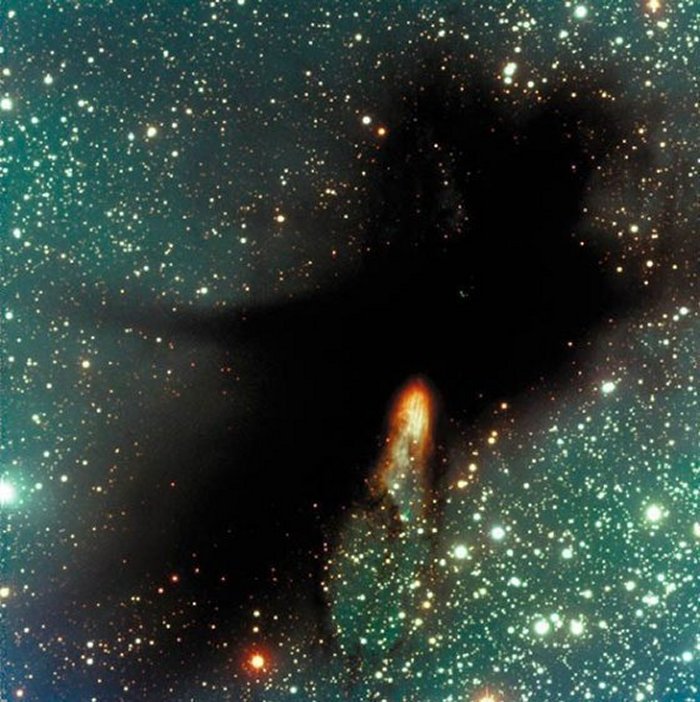