MessageToEagle.com -The Anasazi people was a civilization that arose as early as 1500 BC and the remains of their dwellings can be found in south-west America.

Perhaps the most well-known is their first settlement at Mesa Verde discovered by a trader and rancger, Richard Wetherill, in 1888–1889. 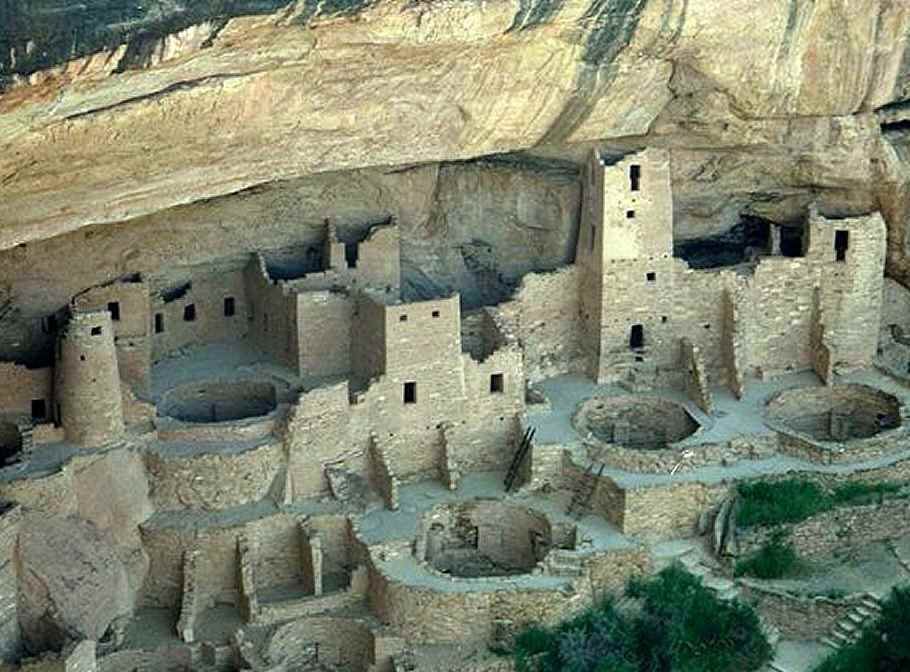 The answer to the mystery of why the Puebloans abandoned their great cities may be contained within the tribes’ oral traditions.

What  event forced these people to flee their homeland and never to return, it is not clear. The remains left in places they inhabited, were found well preserved due to the dry conditions;  some desiccated bodies made people wonder, whether it was some kind of massacre that had taken place at the site of the discovery or  environmental factors were involved. In Anasazi site known as Mummy Cave, there were found desiccated bodies dating to 300 AD.

Pueblo Bonito (“pretty village”) – located in Chaco Canyon, in New Mexico – is a special place; it’s one of the most impressive prehistoric sites in the United States.

Now, this region is a vast arid desert of sand, rock and mesa, but it was flourishing agricultural community. This was a domain of the Anasazi, or rather the Ancient Pueblo peoples who lived in cliff dwellings and pueblos. The name ‘Anasazi’ is a Navajo word for “enemy ancestors”. 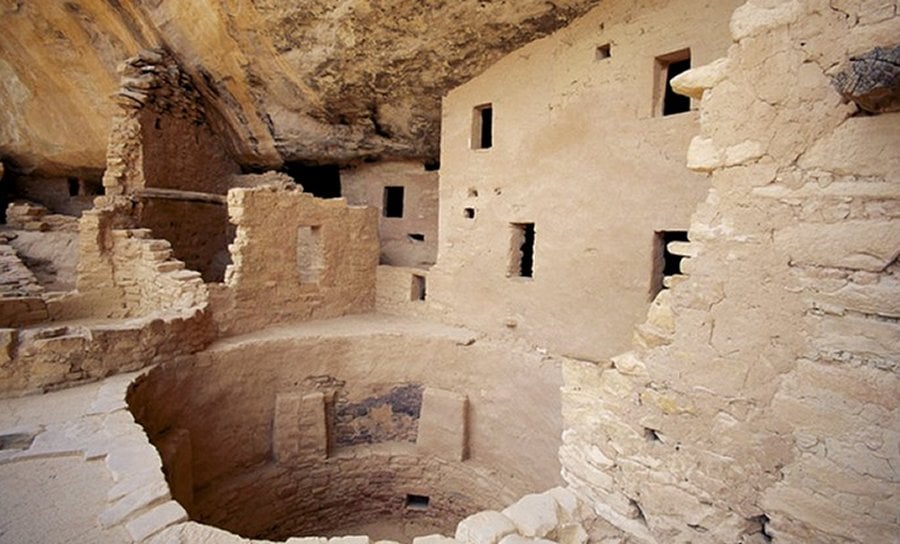 The greatest architectural accomplishment of this vanished civilization was the houses and settlements built into the sheer rock wall of the Chaco Canyon in western New Mexico. Canyons, buttes, and mesas housed a population of 30,000 at its peak and covered an area of 30,000-square-mile of landscape.

They built such villages as the Pueblo Bonito, which at certain areas was as high as five stories and contained 800 rooms, all arranged in a D-shaped arrangement.

Pueblo Bonito was only one small part of a network of settlements connected by a 400-mile system of roads, some as wide as 30 feet, flanked along the way by astronomical observatories. 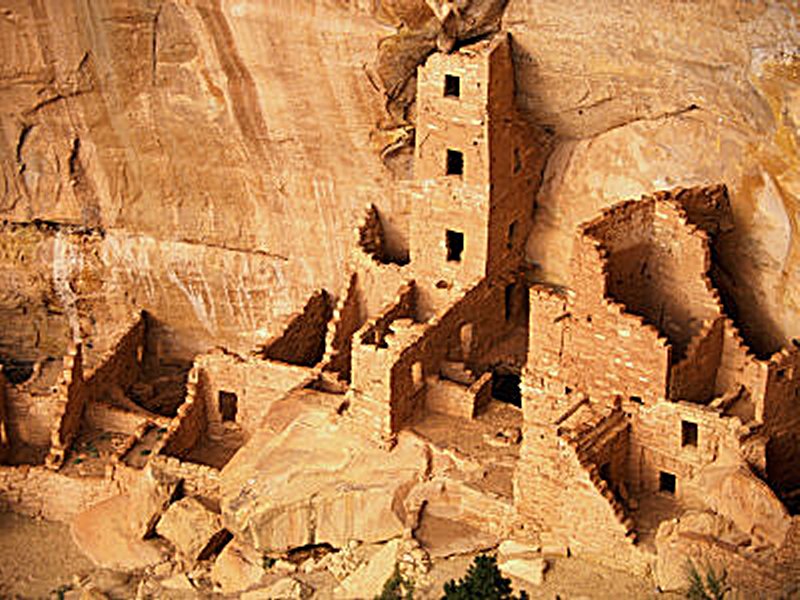 It was suggested that these large roads were used to quickly move an army from the canyon to the outlier communities but the lack of traces of a permanent army is evident.

This civilization, formerly known as the Anasazi was very advanced. Great cities flourished among the sandstone cliffs, astronomers studied the stars and engineers built great roadways, towers, and stone complexes. Some of these structures even today surprise us.

In fact, about 15 major complexes assembled by Chacoan skilled builders remained the largest buildings in North America until the 19th century!

The water supply was controlled by a series of dams and channels.

This is a legacy of the Ancient Pueblo peoples or if you prefer call them – the Anasazi, a mysterious great civilization which left pottery, weaving and other crafts but their writing is unknown, although some pictographs have been found.

Today, various American Indian tribes of the region claim to be descendants of the Ancient Pueblo peoples and call themselves the Puebloans.

They believe that the Anasazi did not disappear, but rather evolved into today’s American Indian population of the Southwest.