Cynthia McKanzie – MessageToEagle.com – It is difficult to imagine there are still places on Earth that no-one wants, but there are.

Located along the border between Egypt and Sudan, Bir Tawil is a trapezoid-shaped piece of land that is uninhabited and still unclaimed.

As strange as it might sound no nation wants this piece of land. Bir Tawil is made up of desert and mountains, but it lacks natural recourses, which could explain why no nation is interested in this unclaimed territory. In Arabic the name Bir Watil means “water well”, but one cannot expect to find water here. Maybe was once, in the distant past when Sahara was green there was water, but it was a long time ago. 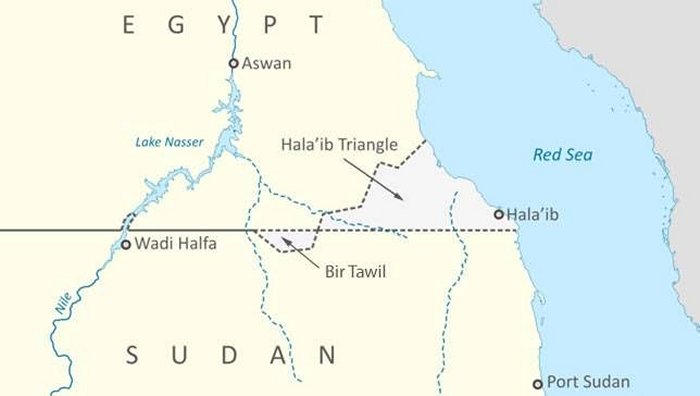 Bil Tawil is about 2,060 km2 (800 sq mi) and Egypt and Sudan cannot agree to which country this unwanted land really belongs.

Seychelles Islands Are Sinking And Will Soon Disappear Underwater

According to Hala’ib, An 1899 border treaty, Bir Tawil belongs to Egypt, but the irregular administrative boundary established in 1902 states the place belongs to Sudan. So the question is still open and Bil Tawil has remained unclaimed.

Jeremiah Heton planted a flag and tried to claim Bir Twail, but it is unlikely he will get the land.

In 2014, American Jeremiah Heton traveled to Bil Tawil and planted a flag there so his daughter could be a princess. Together with his family, he named Bir Tawil, the Kingdom of North Sudan. He expressed a wish to turn the land into a scientific test site to improve global food security, as well as a server farm for the free exchange of information.

However, Heton’s chances of success in taking over the area known as Bir Tawil don’t seem realistic and it is unlikely his wish will be recognized by the international community.