Cynthia McKanzie – MessageToEagle.com – Depending on the circumstances and mental state of mind, it does happen that people sometimes freak out. In most cases, there is a logical and scientific explanation that can shed light on peoples’ perplexing behavior, but there are also cases that baffle those who have researched the events. 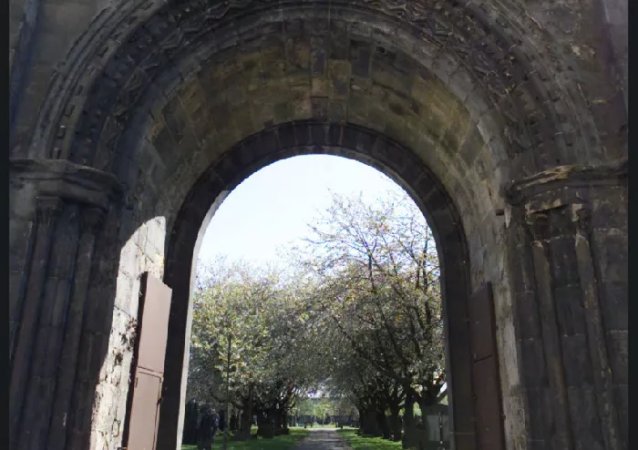 The entrance to the Southern Necropolis cemetery. Credit: Donald MacLeod

The Gorbals vampire incident is a bizarre event that still remains unexplained. There are some theories that attempt to explain what caused hundreds of ordinary children to suddenly turn into vampire hunters. It was as if the kids had gone completely mad and nothing could stop them from haunting a monster that they were convinced was roaming the neighborhood. What on earth happened on that day?

Mass hysteria is not new phenomenon. There are several ancient mass hysteria cases that show people can do outrageous things for no apparent reason.  Derived from the Greek word for “womb,” hysteria has existed as a diagnosis for millennia, and the Gorbals vampire incident is proof of it.

On September 23, 1954, the Southern Necropolis cemetery in Glasgow, Scotland was filled with hundreds of schoolchildren who were hunting a creature they referred to as a vampire with iron teeth. Equipped with stakes and knives the youngsters suddenly turned into fearsome vampire hunters. The kids said the creature that later became known as the Gorbals vampire was responsible for the disappearance of two boys from their school.

Were Ancient Stories About Vampires Based On People With Rare Blood Disorder?

Before embarking on the vampire hunt, the children tried to explain to adults that the vicious creature must be caught. They claimed this evil being was the one that had abducted and possibly even killed their friends. Adults listened to these wild  and childish tales with amusement, but no-one took the alleged vampire story seriously. When the children noticed that their parents and teachers were ignoring them, they took matters into their own hands.

Secretly they passed messages, arranged meetings, and produced weapons. The children plotted their attack carefully. Then, they went to the cemetery where they believed the vampire was hiding and started looking for the elusive creature.

When the police arrived at the scene to find out what was happening, they were shocked. Hundreds of children were running all over the cemetery. They were obviously fully determined to find the Gorbals vampire and nothing was going to stop them. For hours the police officers tried to remove the gangs of children from the Southern Necropolis. All attempts to move the children failed. Then it started to rain, and the kids went home. Was it over? Had they overcome the vampire hysteria?

No. certainly not. Hundreds of children continued to chase the Gorbals vampire for the next two days.

What Caused The Vampire Mass Hysteria?

This extraordinary event gained world-wide coverage. What was happening in Glasgow? Who could be blamed for the children’s’ vampire hysteria?

As always, someone or something must be blamed, and it was said that American horror comic books were the cause of this mass hysteria.

In the book The Gorbals Vampire, Cliff McCabe writes that “there were no records of any missing children in Glasgow at the time, and media reports of the incident began to search for the origins of the urban myth. The blame was quickly laid at the door of American comic books with chilling titles such as tales from the Crypt and The Vault of Horror, whose graphic images of terrifying monsters were becoming increasingly popular among Scottish youngsters. These comics, so the theory went, were corrupting the imaginations of children and inflaming them with fear of the unknown.” 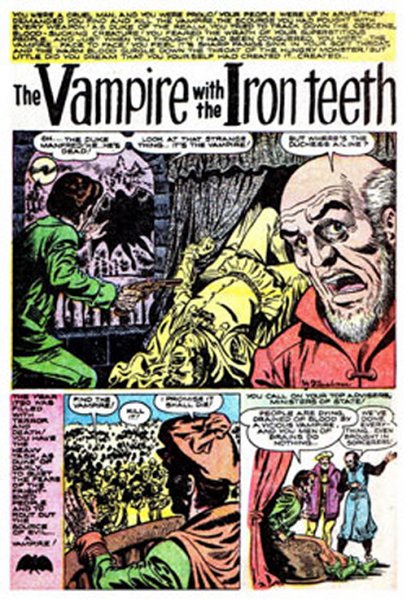 The US comic that was blamed for the hysteria. Credit: scotclans.com

The situation was so serious that a campaign was launched and the case reached the parliament, where it was championed by Alice Cullen, Labour MP for the Gorbals. The bizarre Gorbals vampire incident resulted in the 1955 Children and Young Persons (Harmful Publications) Act being passed. This act still stands today.

It should be added that other theories suggest the children were influenced by the Book of Daniel, especially the passage that reads ““Behold a fourth beast, dreadful and terrible, and strong exceedingly; and it had great iron teeth”.

Another possibility was the kids were inspired by ‘Jenny wi’ the Iron Teeth, an old woman said to haunt Glasgow Green in the early 19th century.

There was never any vampire living in or around the cemetery, but some books are simply not suitable for children, and certain stories can be harmful for youngsters.