A. Sutherland – MessageToEagle.com – There is an old legend, which is still very much alive. It is about a Seer of the Clan Mackenzie, known as Coinneach, the Brahan Seer, who lived in the 17th Century and made a number of prophecies that have come true (including oil being found in the North Sea).

He was probably born near Uig, on the Isle of Lewis, which is the northernmost island of the Outer Hebrides, of Scotland’s northern coast, and worked as a farm laborer on the Brahan estates; home to the powerful Seaforth MacKenzies, a clan of the Scottish nobles.

Many of his prophesies originate from the place owned by the Mackenzies, who are thought to descend from the ancient royal house of Lorn. The clan held lands in Ross-shire, stretching from the Outer Hebrides in the west, to the Black Isle in the east. 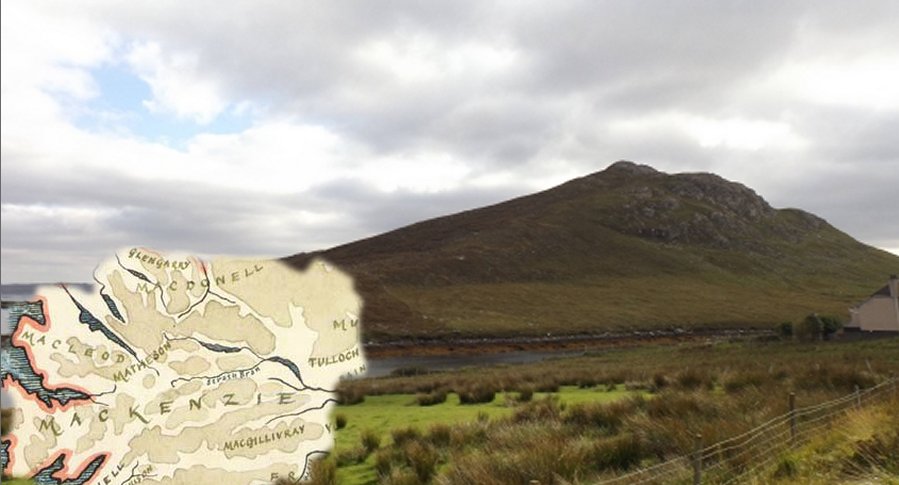 Uig, Isle of Lewis. Brahan Seer was probably born near Uig, on the Isle of Lewis, which is the northernmost island of the Outer Hebrides, of Scotland’s northern coast, and worked as a farm laborer on the Brahan estates; home to the powerful Seaforth MacKenzies, a clan of the Scottish nobles.

Brahan Seer lived around the same time as the famous Nostradamus, is often compared with him. However, many of the predictions attributed to the Scottish Seer, are very literal and straightforward, instead of being cloaked in word games, riddles and allegory as those of Nostradamus.

Curiously, many of Brahan See’s predictions have come true and with a high degree of accuracy. He could predict futuristic events.

Legend has it that he gained his gift of ‘Second Sight’ after napping on a fairy hill and finding a small, blue and black stone with a hole in its center, in his coat. This stone allowed him to view the future.

He reportedly foretold of the Battle of Culloden in 1745, he spoke of “streams of fire and water” running beneath the streets of Inverness and into every home. In the 19th century, gas and water pipes fulfilled this prediction.

His predictions included World War II, when said “when it is possible to cross the River Ness dryshod in five places, a frightful disaster would strike the whole world..” and the making of the Caledonian Canal in 1822: 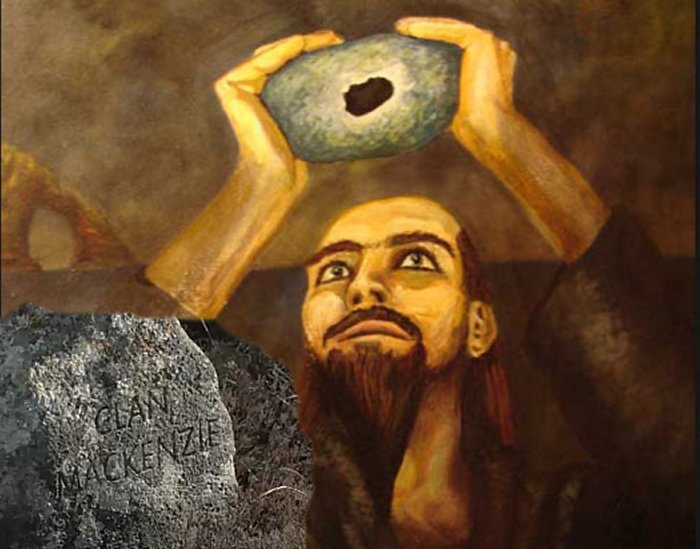 Legend has it that he gained his gift of ‘Second Sight’ after napping on a fairy hill and finding a small, blue and black stone with a hole in its center, in his coat. This stone allowed him to view the future

“The time will come when full-rigged ships will be seen sailing eastwards and westwards by the back of Tomnahurich, near Inverness.”

The Seer told of a time when Scotland would once again have its own Parliament. He foretold of this occurring when men could walk dry shod from England to France. In 1994, the Channel Tunnel opened. A few years later, the first Scottish Parliament since 1707 took its seats.

The Egyptian Dream Book Reveals Ancient Predictions Of The Future

He predicted the doom of the noble Mackenzie family who had him executed: the last male heir of this line would be deaf. In the 19th century, this came true, as the last of the Mackenzies lost his hearing in his youth.

He also predicted that the lands of Kintail, in the County of Ross would be sold, and the male line becomes extinct.” This prophecy was well known in the north long before its fulfilment and was certainly not made after the event.

Legend has it that unfortunately for the seer, the accuracy and precision of his bizarre eventually became his downfall. 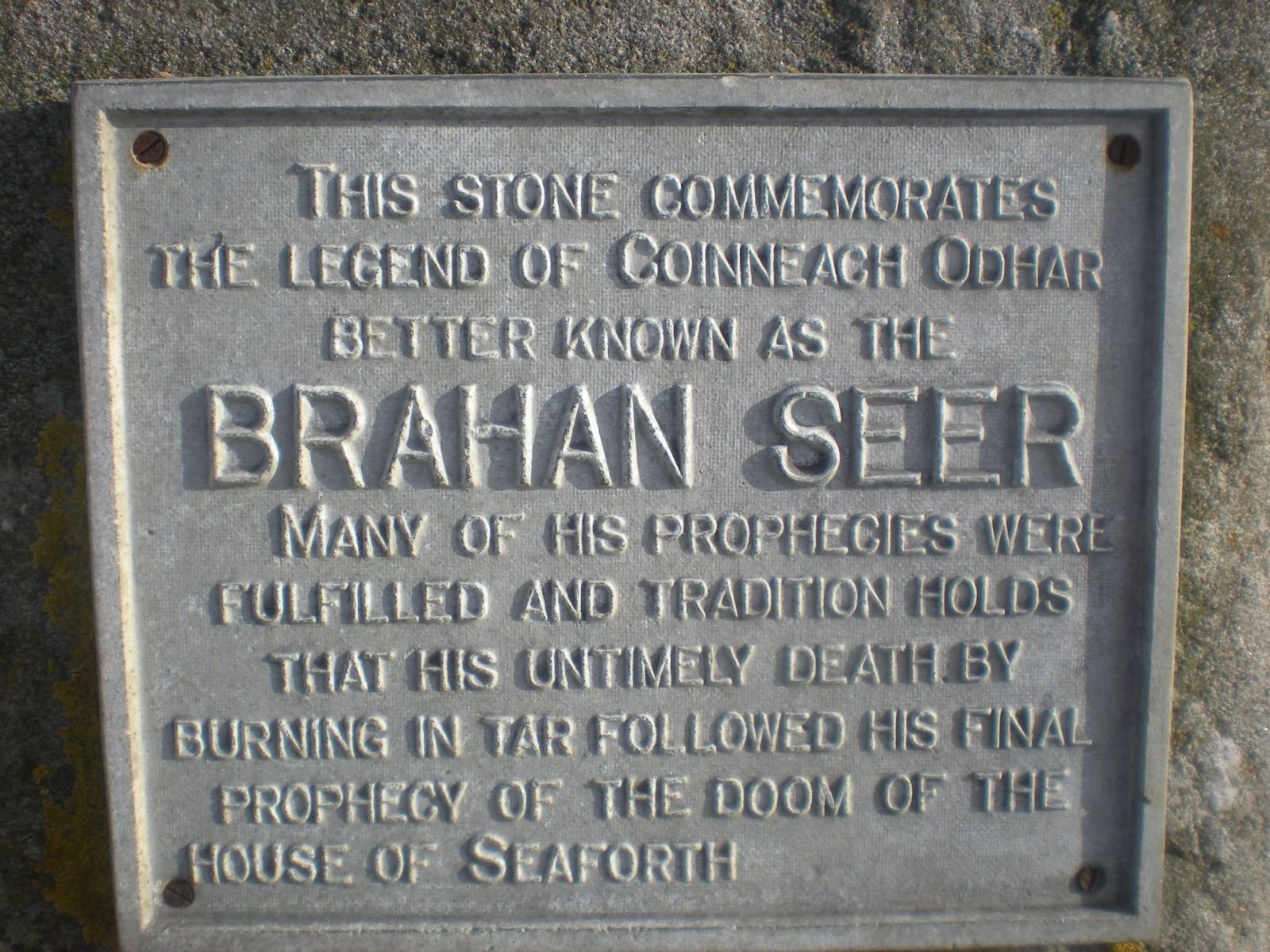 While the Earl was away in Paris, his wife Isabella called for the Brahan Seer to tell her about her husband. The seer seemed reluctant to give any information but finally, the seer then told her that her husband was on his knees in front of a beautiful French lady. This was too much for Lady Isabella, who flew into a rage and had the poor seer thrown into a barrel of tar. As he was being dragged off to meet his fate he made his last and most ominous prediction as a curse on the family of MacKenzie:

“The line of Seaforth will come to an end in sorrow. I see the last head of his house both deaf and dumb. He will be the father of four fair sons, all of whom he will follow to the tomb. He will live careworn, and die mourning, knowing that the honors of his line are to be extinguished forever, that no future chief of the Mackenzies shall bear rule at Brahan or in Kintail.”

In 1783 Francis Humberston Mackenzie inherited the title. He was indeed deaf and mute due to a childhood attack of scarlet fever. He had 4 children all of whom died prematurely fulfilling the final prophecy.

Many of his prophecies were fulfilled, and tradition holds that his death by burning in tar followed his final prophecy of the doom of the House of Seaforth.”

Did the Scottish prophet really exist? Was he burned to death as the legend says? Is the story of the Brahan Seer only a deeply rooted legend that survived until today?

In fact, there are no contemporary or historical records of any such person ever existing; there are only oral tales, passed down through generations and these still have a great value for the Scottish people.

To this day the Brahan Seers predictions are remembered in this part of the mysterious Scottish highlands.