Cynthia McKanzie – MessageToEagle.com – As we keep searching for extraterrestrial life hoping anyone is out there, we could be missing an important issue few have considered.

What if extraterrestrial life is indistinguishable from the laws of physics? 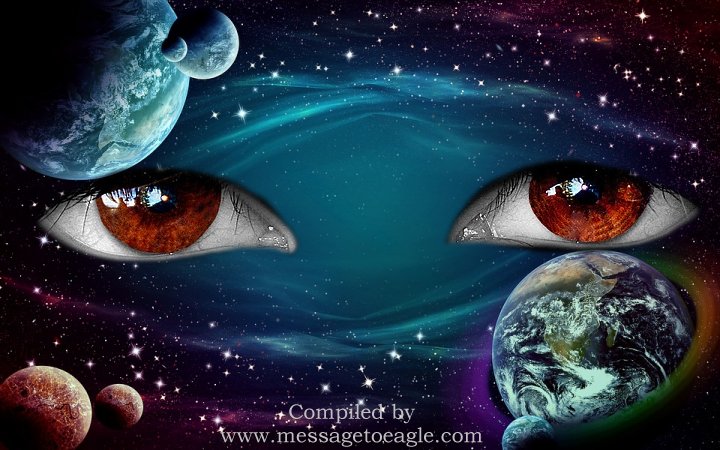 This intriguing theory has been put forward by an astrophysicist who suggests advanced alien life-forms may be hiding in or even influencing dark matter and dark energy.

Are aliens controlling dark matter making them invisible to our technology?

Dark matter, a mysterious substance that manifests itself through its gravitational pull is still one of the greatest cosmological mysteries. The quest for dark matter is ongoing.

No one knows what dark matter consists of and no one has seen it, because it doesn’t interact with the matter scientists know about. Scientists have previously suggested a mirror world may be hiding behind dark matter, but it’s possible the question is even more complicated than we may think.

We are currently interested in law no. 3 that in our cases can be interpreted as that extraterrestrial technology may be so advanced it’s like magic looking through our human eyes.

This is basically what Caleb Scharf, director of astrobiology at Columbia University thinks. Scharf suggests that when searching for extraterrestrial life we must consider some very extreme possibilities.

Life in the Universe may have evolved beyond our own waypoints of complexity and technology.

As Scarf explained, “if you’re a civilization that has learned how to encode living systems in different substrates, all you need to do is build a normal-matter-to-dark-matter data-transfer system: a dark-matter 3D printer. Perhaps the mismatch of astronomical models and observations is evidence not just of self-interacting dark matter, but of dark matter that is being artificially manipulated.

Advanced Extraterrestrial Civilizations – Their Technology And Capabilities: What Can They Achieve?

Alien Life Inside A Postbiological Universe Where Time Has No Meaning

Or to take this a step further, perhaps the behavior of normal cosmic matter that we attribute to dark matter is brought on by something else altogether: a living state that manipulates luminous matter for its own purposes. Consider that at present we have neither identified the dark-matter particles nor come up with a compelling alternative to our laws of physics that would account for the behavior of galaxies and clusters of galaxies. Would an explanation in terms of life be any less plausible than a failure of established laws?” 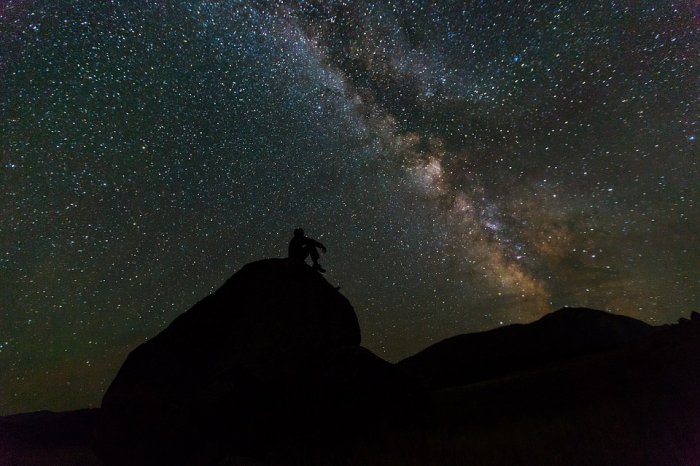 Advanced extraterrestrials could be invisible to us. Credit: Public Domain

Scarf’s theory has naturally not been proven yet, but it’s wise to consider he could be on to something important. We have previously discussed that aliens may exist in forms we cannot conceive and extraterrestrial life may be beyond human understanding. Just because they are invisible to us doesn’t mean they are not out there.

Russian cosmologist Vyacheslav I. Dokuchaev at Moscow’s Institute for Nuclear Research of the Russian Academy of Sciences suggested super aliens may already be living inside supermassive black holes.

Scientists have also proposed black holes could be homes to plasma aliens.

Extraterrestrial life may be much stranger than we can possibly imagine and with our current, limited knowledge of alien life forms in cosmos one should be careful before dismissing a theory no matter how far-fetched it might sound. Anything is possible, isn’t’ it?

As Scarf explains if we are willing to admit that extraterrestrials are different from us, and could be much more advanced than our modern society than we should also consider the possibility that they could be behind some of the strange phenomena we see in the Universe.

Basically, what Scharf is suggesting is that aliens have acquired sophisticated knowledge allowing them to encode themselves in subatomic particles, and if true, the subject of dark matter just became even more interesting and complicated.

On This Day In History: Richard The Lionheart Ascended The British Throne – On July 6, 1189