A. Sutherland  – AncientPages.com – In Japanese folklore, religion and popular culture, there are many evil demonic entities, ghosts, and monsters that are often difficult to recognize from people. 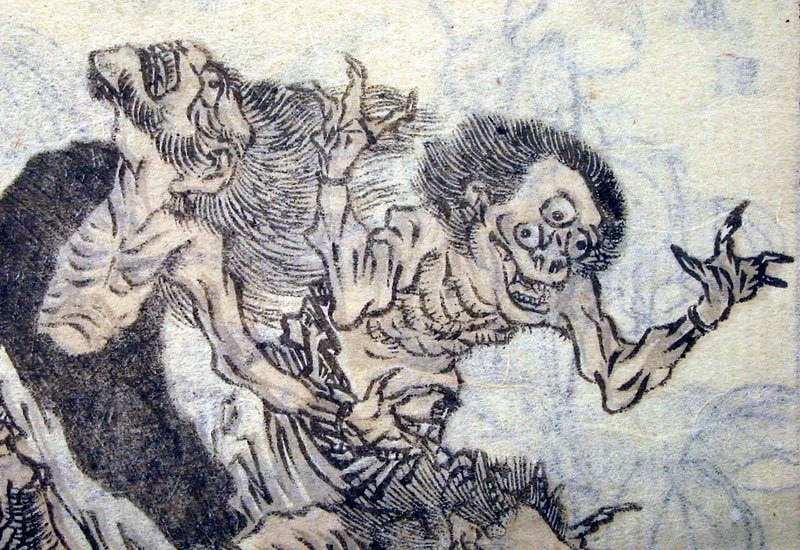 A Japanese print showing two ‘oni’, one with one eye and one with three eyes. Katsushika Hokusai (1760–1849). Public Domain

Legends about yōkai, ghosts and all kinds of wraiths have been popular among the Japanese for a long time, but it was not until the Edo period of Japanese history (1603-1868), along with the growing popularity of books, that they began to come out in a printed form.

One group of them is known as the Oni. They are cunning and cruel creatures, which are present everywhere.

This kind of yokai is identified with misfortune, illness, and disasters. There are two known groups of the Oni demons. Many of them originate from hell, many others second are busy with haunting lands.

The Oni are documented in innumerable legends and folktales that date back to the eighth century.