Cynthia McKanzie – MessageToEagle.com – Many ships and planes have vanished under mysterious circumstances in the Bermuda Triangle, known as the Devil’s Triangle and countless theories have been presented to explain these unusual disappearances.

Now a new theory has emerged. This time it has been proposed the discovery of a giant squid on the beach of St Augustine, Florida may solve the Bermuda Triangle mystery.

The theory does sound farfetched, but some researchers say we shouldn’t dismiss legends of giant octopuses attacking ships. Sailors have always been superstitious, and they have many tales of strange sea monsters, phantom islands and other odd phenomena they encountered on their long journeys across the waters. Perhaps there may be some truth to these old stories? 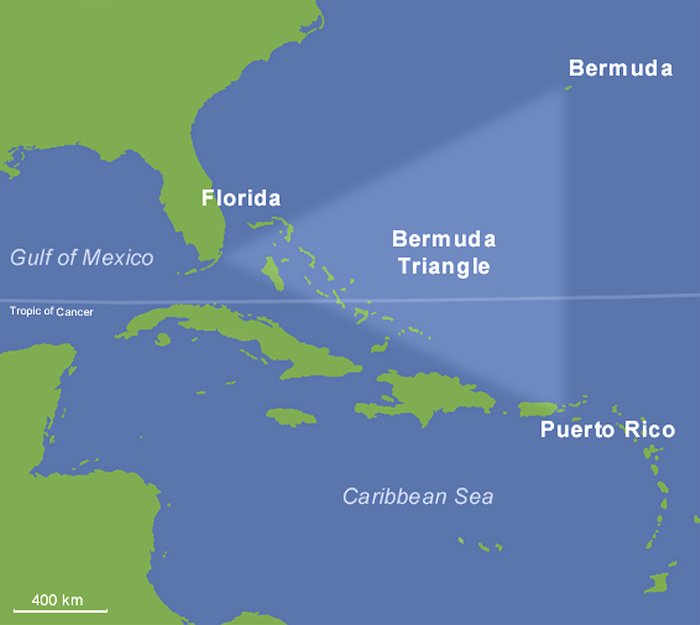 Ever since a magazine coined the phrase “Bermuda Triangle” in 1964, this mysterious place has continued to attract attention. The Bermuda Triangle is an area of between 500,000-1,500,000 square miles, depending on who one asks. It is never found on any government-issued map because it does not officially exist.

The region has become notorious for mysterious activity, beginning as far back as the days of Christopher Columbus.

One of the earliest recorded vanishings in the Bermuda Triangle concerns the Ellen Austin a derelict ship that tried to sail to New York in 1881, but vanished instead. Another famous incident is the ship Cyclops that disappeared off the Virginia, coast in 1918 with 309 persons aboard. The Cyclops had two sister ships, Nereus and Proteus, which also vanished without a trace in 1941.

The Bermuda Triangle has been blamed for the disappearance of at least 75 planes and hundreds of ships so far.

Over the years, several attempts have been made to explain what powerful force is responsible for a high incidence of unexplained losses of ships, small boats, and aircraft.

Some have suggested there are parts of highly advanced ancient technology from the lost continent of Atlantis is behind the strange vanishings. This theory is based on the assumption that the Bermuda Triangle swallowed the legendary, mythical continent. New Age supporters and UFO believers have suggested that alien spaceships are responsible for the abduction of the entire ship and aircraft crew.

It has also been proposed that there is an anomalous phenomenon we still haven’t been able to locate or identify.

According to one theory, unusual hexagonal clouds could be responsible for mysterious disappearances in the Bermuda Triangle.

Richard Ellis, from the American Museum of Natural History, suggests we should investigate the accounts of huge sea monsters attacking ships in more detail. These bizarre giant sea creatures may solve the mystery of the Bermuda Triangle. 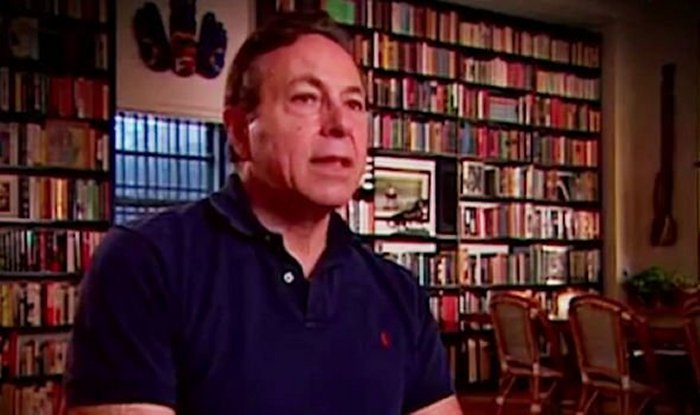 “In 1896, a carcass was found on the beach in St Augustine by two boys and they reported it to the Yale University. It was 200 feet long and was identified as a giant octopus,” Ellis said.

However, analysis in 1995 contradicted the claim, concluding the discovery could have actually been a large mass of the collagenous matrix of whale blubber. 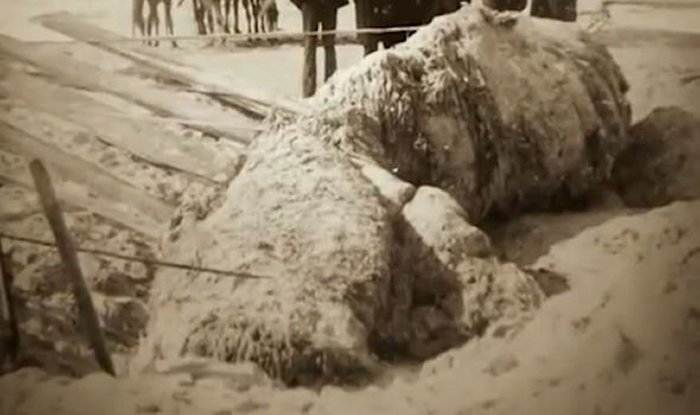 According to Dr. Jeff Marliave, from Vancouver Aquarium, this theory cannot solve the mystery because it would be impossible to find such a creature in this region.

“Giant Octopus only occurs in the Northeast Pacific Ocean.  The kind of octopus that might occur in the region of the Bermuda Triangle would be a very small species and it would most likely be associated with rocky drop-offs from the islands.

They would not be in the center area of the Bermuda Triangle, which is basically sand bottom.

Now when people talk about giant octopus attacking boats, it likely stems from these very old stories from the days of whaling and sailing ship exploration, when there were engravings showing some kind of tentacled animal attacking small rowboats. Most likely this was not an octopus, the only species that could conceivably attack a small boat would be an octopus relative, the giant squid,” Dr. Marliave explained. 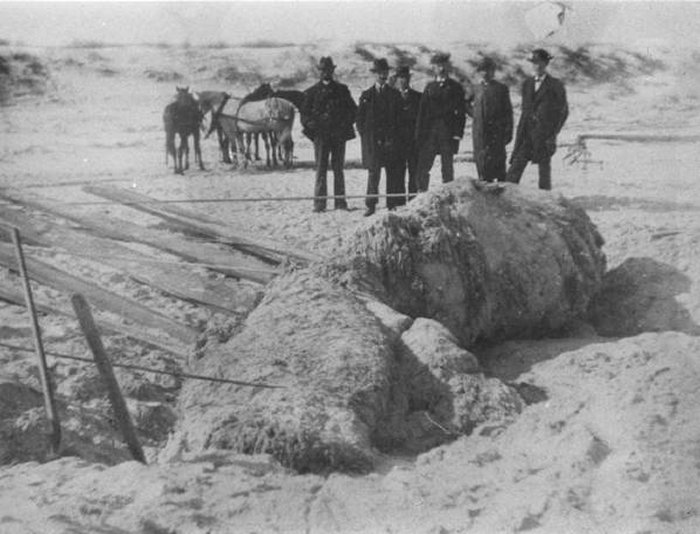 The carcass discovered in Florida in the process of being hauled further inland. Credit: Public Domain

Bermuda researcher Rob Simone believes the discovery proves something similar could be hiding in Bermuda waters.

“The legend of the giant squid is not a legend – they exist – some of them over 150-feet long if you can imagine this. We don’t know what lies beneath the depths of the ocean, this could very well be a giant creature that is particular to this part of the ocean.

Maybe its food sources are contained there, we don’t know, but it could explain some of the ships that were mysteriously lost,” Simone said.

One of the most famous mythical sea monsters is the Kraken that frightened sailors and was powerful enough to overturn ships and drag them down into the deepest and coldest water realms.

The Kraken was said to haunt the seas from Norway through Iceland and all the way to Greenland. Many dismissed the creature as a product of imagination, but scientists discovered controversial fossil evidence that speaks in favor of the Kraken’s existence.

Scientists have also have uncovered 170 million-year-old fossilized remains of the Storr Lochs Monster that once in the past roamed Scottish waters.

It cannot be denied that huge unknown animals are present in our oceans and it may also be true that sailors did encounter giant squids attacking their ships, but this doesn’t explain why large and heavy aircraft have vanished in the Bermuda Triangle. 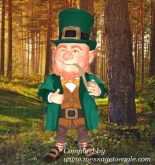