While astronomers keep looking and listening to the stars attempting to locate alien life, there could be other options we haven’t yet considered. 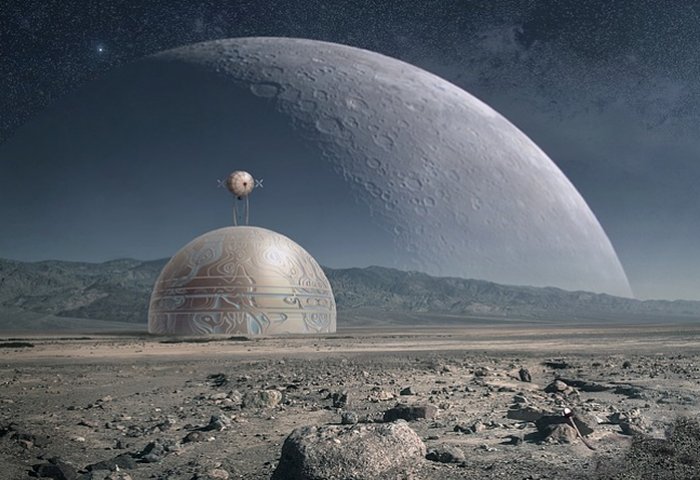 Can alien material be found on the Moon? Credit: Public Domain

Dr. Abraham “Avi” Loeb, a Professor of astronomy at Harvard thinks we should focus more on space archaeology that is a fascinating but neglected science field. By mapping sites from space, we can expect to find the unexpected. There are ancient ruins and artifacts scattered all across our own planet. Could such ancient sites not be present on alien worlds? Could not extraterrestrial have built monuments and left behind evidence of their existence?

Our current space technology doesn’t allow us to explore distant regions of the universe, but why not take a closer look at the Moon?

“The moon is interesting for two reasons,” Professor Loeb explains. “One, the moon doesn’t have an atmosphere, so anything that impacts the moon will not burn up. Moreover, the moon also doesn’t have geological activity.”

Our Moon’s surface doesn’t recycle materials the way our planet does. Basically it means that anything that has come into contact with our Moon –be it microbial life or single-celled organisms–could remain, in some capacity, on the surface. This is of course a good thing if we want to find traces of extraterrestrial life.

We shouldn’t dismiss the possibility that while exploring the moon our scientists can discover technological or biological material that is of extraterrestrial origin. Such alien material can come from another planetary system.

Professor Loeb likens the Moon to a mailbox. “If we never check that mail, we would never know that we received the message. The message that [extraterrestrial life] exists. We have to remind ourselves that actually going places, going to another star takes a long time. If you use the current rockets that we have and you want to reach the nearest star, it will take 100,000 years,” Professor Loeb says.

Establishing a lunar base would allow scientists to create archaeological sites and start looking for evidence and solid evidence of extraterrestrial life.

“I think it’s good that he stimulates some thought on these things,” said Shostak. “On the other hand, you know, we’ve also got almost nothing on the moon. So, we don’t really know.”

Professor Loeb is not the only scientist who has proposed evidence of extraterrestrial life may be much closer than we think.

One of the reasons we have not found such alien artifacts is because we have not looked in all places. Scientists have previously made clear that extraterrestrial artifacts in our solar system could exist and observe us.

“Extraterrestrial artifacts may exist in the solar system without our knowledge simply because we have not yet searched sufficiently,” said Jacob Haqq-Misra, Rock Ethics Institute, and Ravi Kumar Kopparapu, Earth and Environmental Systems Institute.

“The surface of the Earth is one of the few places in the solar system that has been almost completely examined at a spatial resolution of less than 3 feet,” said Haqq-Misra and Kopparapu.

But even as humans have spread across the solid surfaces of the Earth, there are still caves, jungles, and deserts as well as the ocean floor and subsurface areas that have not been explored.

The Moon has been searched to a small extent, and we simply don’t know what’s there. Space archaeology can bring us long-awaited confirmation that we are not alone in the Universe.