Cynthia McKanzie – MessageToEagle.com – Anyone interested in extraterrestrial life has at some point looked up at the night sky and asked – “I wonder what they will look like?”

It’s a good question and there are endless possibilities. Extraterrestrials could be beyond our comprehension, but it’s also possible they resemble us, humans.

Scientists say extraterrestrials and humans can share similar DNA. Some years ago, Jocelyn Bell Burnell, physicist and Oxford University professor told the Euroscience Open Forum conference in Dublin she doesn’t suspect we are going to get signs of life elsewhere, maybe even intelligent life, within the next century. Other scientists had said extraterrestrials are waiting for the right moment before they make contact.

If we achieve contact with an intelligent extraterrestrial civilization, it will be the greatest moment in the history of mankind, but are we prepared to meet them face to face? 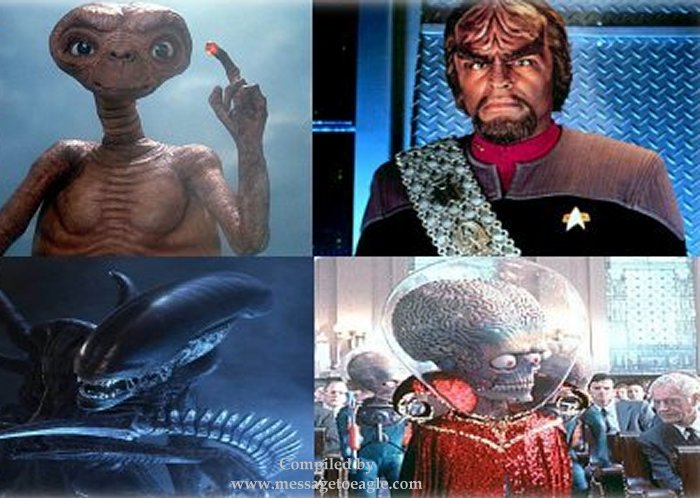 Many of us keep wondering what extraterrestrials would look like. They could be totally alien in their appearance, unlike anything we can imagine. Another possibility is that they may be very similar to us and perhaps even slightly human-like.

Aliens’ appearance depends not only on the conditions of their homeworld but also on the composition of their extraterrestrial DNA.

According to scientists from McMaster University in Hamilton, Ontario, we should by no means rule out the possibility that humans and aliens share the same DNA, which could be part of a ‘universal structure’.

Professor Ralph Pudritz from McMaster University believes that the idea that aliens may resemble humans is not so far-fetched.

Pudritz’s theory is based on current research about amino acids that have 20 standard chemicals that contain DNA that can develop human life.

Of those 20 there are 10 that researchers have confirmed existed millions of years ago and can be formed without life.

Purditz has concluded that these 10 are simpler, need less heat and lower pressure than more complex acids, meaning they are more likely to survive in hostile environments. And whilst the exact conditions of meteorites are not known, they are thought to be warm and hydrated which would make comparable conditions to a young Earth.

“This may implicate a universal structure of the first genetic codes anywhere,” Purditz said

“There’s a theory that they could be made in the warm interiors of large-enough meteorite’.

He continued: “Thermodynamics is fundamental.

“It must hold through all points of the universe. If you can show there are certain frequencies that fall in a natural way like this, there is an implied universality.

“It has to be tested, but it seems to make a lot of sense,” he added.

Although no concrete proof has been found to back up the Pudritz theory, it does pose interesting questions of just how close aliens could resemble the human race.

“I don’t think we can predict anything about that yet,” said Prudritz. “There most likely would be a difference, but it would depend on its specific environment.”