Ellen Lloyd – MessageToEagle.com – In ancient times, the seven men were sentenced to death and sent into a certain cave.

The cave was sealed off and the incident was forgotten. Some hundred years later, a farmer came across the cave and it was re-opened. What he found inside was shocking…

Ancient Legends About Caves Leading To Other Worlds

On this beautiful planet, there are unusual mountains, caves, and rocks that are shrouded in mystery. Folklore from around the world and throughout history speaks of certain caves and mountains as portals to the Otherworld.

Ancient people believed some caves and mountains were entrances leading to a mysterious subterranean kingdom that according to a number of myths and legends is home to a thousand years-old civilization that escaped a cosmic catastrophe.

For thousands of years, hermits of many religions, both Eastern and Western resided in caves where they meditated and received inspiration and visions. Caves simply contributed to the attainment of enlightenment.

The Cave Of The Seven Sleepers – Image credit: Ephesus Tour

According to David Whitley, an expert on Southwestern rock art, “caves often served as vision quest locales because shamans believed the supernatural world lay inside or beyond them. The shaman entered the supernatural when the rocks opened up for him. Caves served as portals to the sacred realm.”

Indians believed that spirit helpers resided within rocks, caves, and mountains. “It seems natural that within this region shamans received their power from rocks and mountains,” Whitley explains.

The Cave Of The Seven Sleepers

Many caves and mountains across the world are regarded as sacred. This brings us to the Cave of the Seven Sleepers, located on the slopes of Mount Pion, near Ephesus, Turkey.

The story is based on an ancient Greek legend. The Seven Sleepers of Ephesus was written by the Greek Symeon Metaphrastes, meaning “the Compiler”, in the 10th century.

The legend tells of how Decius, a Pagan emperor came to Ephesus between 249 and 251 A.D. to enforce his laws against Christians.

Seven noble young men named Maximillium, Jamblichos, Martin, John, Dionysios, Exakostodianos, and Antoninos (the names vary depending on the source) were found to be Christians.

The Emperor gave them a short time for consideration until he returned back to Ephesus. However, the seven men refused to obey the Emperor and were sentenced to death. They gave all of their possessions, except a few coins to the poor and went into a cave on Mount Anchila to pray and prepare for death. 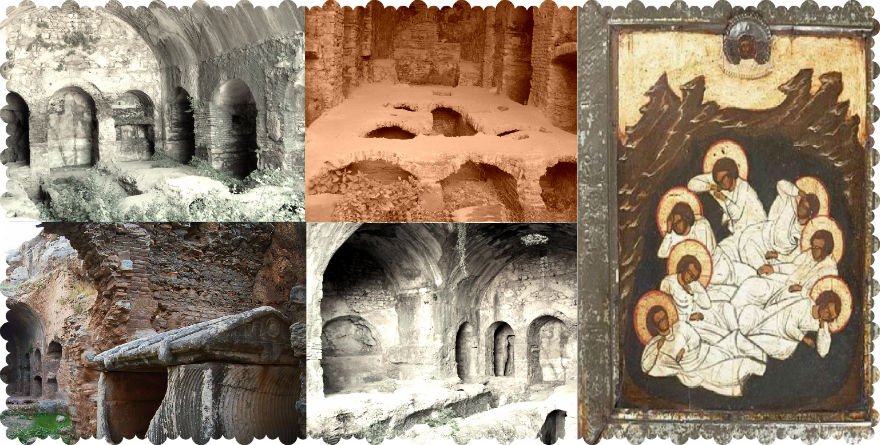 When Emperor Decius returned, he searched for the men and found them asleep in the cave.

To make things easy, he ordered to bury them alive by sealing the cave with huge stones. A Christian came and wrote on the outside the names of the martyrs and their story.

Time passed and the incident was forgotten. Many years later, when the empire was Christian a farmer came across the cave. He decided to use it as cattle stall and unsealed the cave.

Once the seal was broken, all the seven men awoke. None of them suspected anything extraordinary had happened. They were convinced they had only slept through one day.

One of the men, Diomedes went to the city to buy some food. They thought they should enjoy the last meal together before they gave themselves up. When Diomedes reached the city, he was amazed to see crosses over churches.  Had Emperor Decius suddenly become Christian?

People were also surprised to see such old coins being offered for food. “Who was this stranger? Where did he come from?” people asked each other.

The Christian Emperor Theodosius, who banned paganism became curious when he heard the story and went to the cave along with the Bishop and the Prefect to talk to the seven men.

It came as a huge surprise to all of the involved when they realized that the seven men had not been asleep one day, but rather 150 or 200 years!

When the identity of the seven men was confirmed, they died, praising God.

Emperor Theodosius ordered the cave to be adorned with precious stones and had a Church built over it. The initial idea was to build golden tombs for the seven men, but they appeared to the Emperor in a dream and asked to be buried in the soil of the cave.

The Seven Sleepers Were Declared Saints By the Catholic Church

People called the event a miracle. The Feast of the Seven Sleepers is held every year. According to the Byzantine Calendar the celebration takes place on August 4 and October 22.

The Seven Sleepers were also declared saints by the Catholic Church. 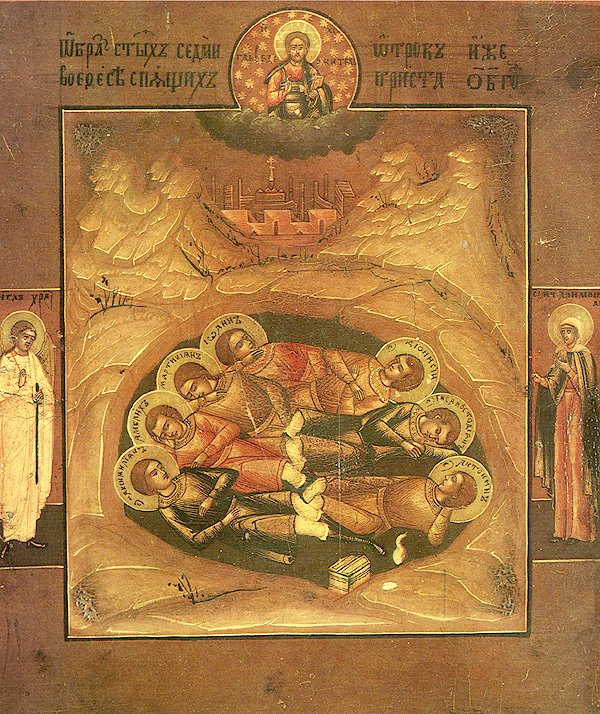 It seems plausible to think there must be some truth to this story because the case of the Seven Sleepers is known worldwide, not only among Christians.

Similar versions of this story appear in German, British, Slavic, Indian, and Jewish traditions too.

The story of the Seven Sleepers is not only a Christian tradition but a Muslim tradition as well. The Islamic version is related in Surah (Chapter) Al-Kahf (18-The Cave) of the Quran.

It’s often said, there is some truth behind every legend and myth. 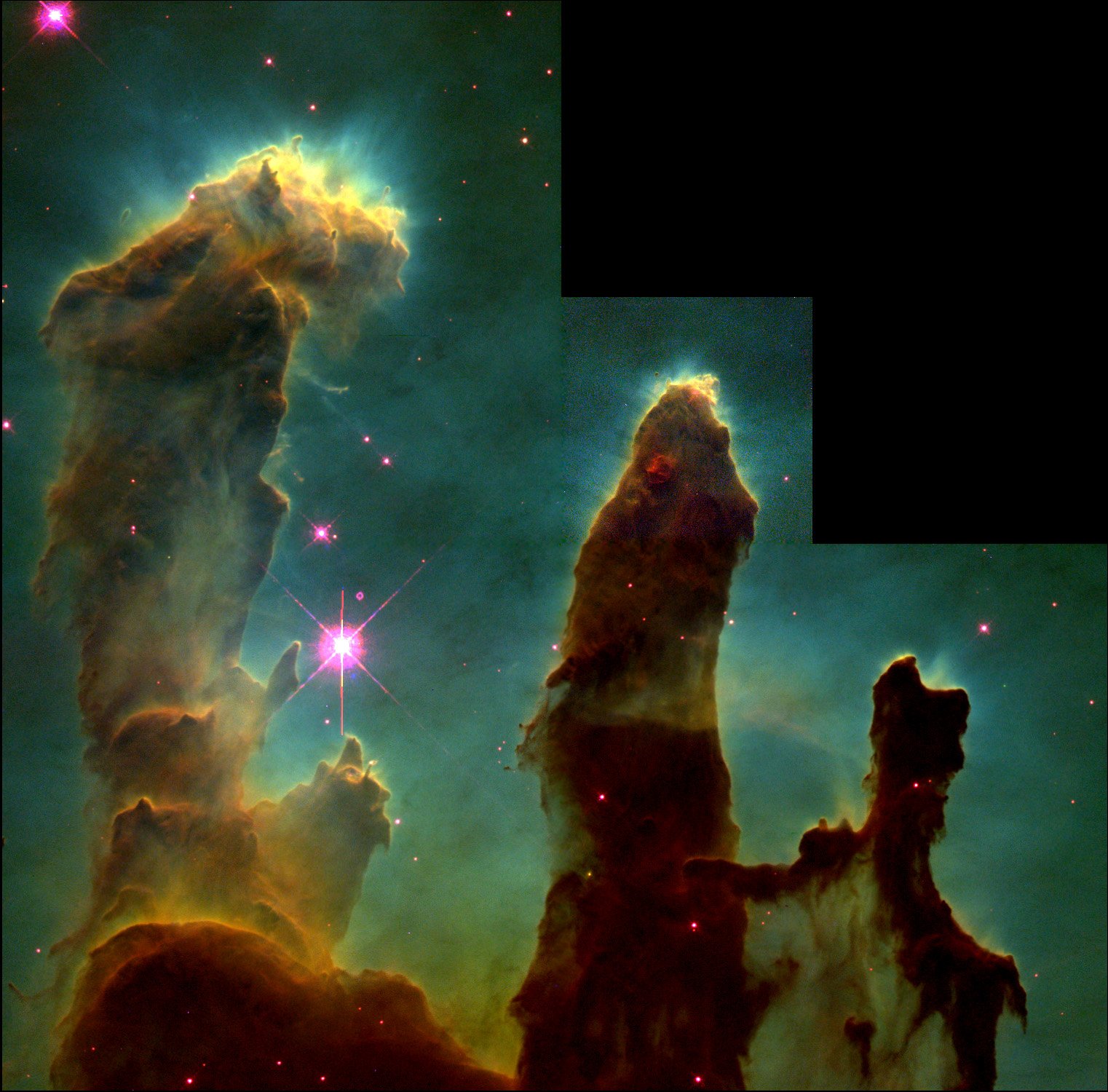