MessageToEagle.com – Beneath the streets of Edinburgh, Scotland there is a frightening underground world that was considered a fearful and superstitious place at the turn of the 18th century.

The Edinburgh vaults, also known as South Bridge Vaults are completely unique and so is the South Bridge that was believed to be cursed from the beginning. Even today, many believe these dark and frightening tunnels are haunted by a malevolent presence known as the South Bridge Entity.

Edinburgh’s legendary Underground City of the Dead is one of the most famous supernatural sites in Scotland. 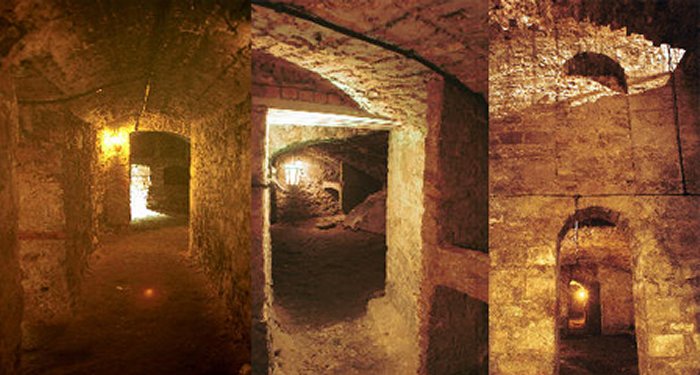 The Edinburgh vaults have a dark and unpleasant history. When you enter the vaults you find yourself in a very cold place where the darkness is almost absolute. Light seems to simply dissipate in the cavernous space, a maze of tunnels and nooks, sometime opening up into cavernous spaces, other time leading into claustrophobic corners.

The Edinburgh vaults series of chambers formed in the nineteen arches of the South Bridge in Edinburgh, Scotland, which was completed in 1788.

It was deemed to be an appropriate and fitting honor that the Bridges’ eldest resident, a well known and respected Judges’ wife, should be the first to cross this fine architectural structure.

Unfortunately, several days before the grand opening, the lady in question passed away! But promises had been made, hands had been shaken and the city fathers felt obliged to honor their original agreement, and so it was, that the first “body” to cross the South Bridge crossed it in a coffin.

The locals were horrified! The bridge was now cursed! The majority of the townsfolk refused point blank to cross the bridge for many years, preferring instead the awkward and impractical route through the deep valley of the Cowgate.

Today, it’s easy to say that 18th century Edinburgers were overly superstitious, but over the following centuries it slowly became apparent that they might, in fact, have had a point…

The Dark History Of The Edinburgh Vaults

Now, let’s return back to the subject of the frightening underground city that lies beneath Edinburgh. For about 30 years, the vaults were used to house taverns, cobblers and other tradesmen, and as storage space for a storage space for smugglers and hideout for criminals. It is said even serial killers Burke and Hare used the vaults as a storage place and later they sold corpses to medical schools.

When the conditions in the vaults deteriorated, as a result of damp and poor air quality, the businesses left and the very poorest of Edinburgh’s citizens moved in, though by around 1820, even they are believed to have left too. Before then however, plenty had died, some murdered, others of sickness. 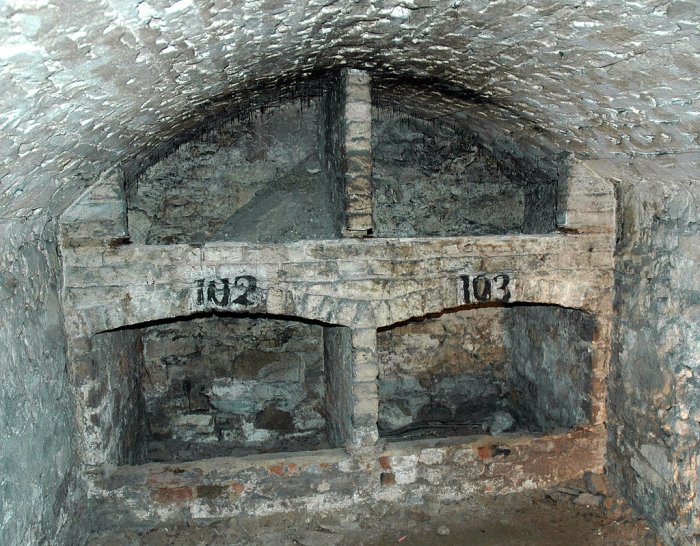 One of the vaults used as storage space. Image credit: Kjetil Bjørnsrud

It is not known when the vaults complex was closed down, with some suggesting as early as c.1835 and others as late as c.1875. Written records regarding the vaults during their slum use are virtually non-existent. All that is known is that at some point tons of rubble were dumped into the vaults making them inaccessible.

The vaults were rediscovered by former Scottish rugby internationalist, Norrie Rowan, after he found a tunnel leading to them in the 1980s. About ten years later, Norrie Rowan and his son excavated the vaults and removed hundreds of tonnes of rubble by hand.

Reports Of Ghosts Inside The Edinburgh Vaults

Today, the vaults on the North Side of the Cowgate arch form a series of tunnels and vaults and are mainly used for ghost tours. Reports of ghost were so frequent that media and scholars took interested in this uncanny dark place.

“This is a very sinister place. There are lots of dark, dark spirits down here,” said Nicola Wright, who has worked in and around the vaults for many years.

Mysterious Shadow People – Are They Alien Entities, Time Travelers Or Interdimensional Beings On A Mission?

One of the most commonly-sighted ghosts is the figure of a Jack, who tugs at people’s trousers or throws stones across the empty echoing chambers.

Then there is Mr Boots. He earned his name because of the footsteps he makes as he tramps around the afterlife. The worst of them all is Watcher, a spirit reported to instill feelings of dread in psychics and who, as the names suggests, is constantly watching – although sometimes this will move into pushing, hair pulling and other terrifying activity.

The power of the Watcher is strongest in The White Room. 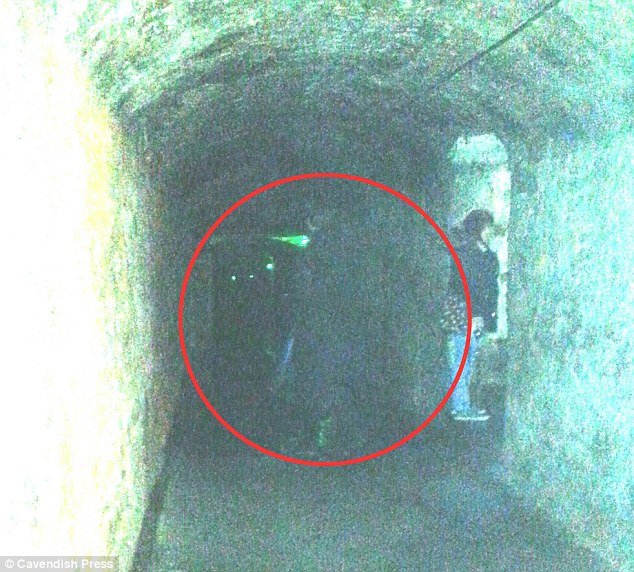 This eerie photograph is thought to show the ghostly apparition of a man dubbed ‘The Watcher’ (circled) photobombing a tourist at the Edinburgh vaults. It was taken by Emma Surgenor, whose sister Lauren is right.

“People have come out of the room and found they had scratch marks or bruising, they’ve had their clothes torn, they feel very nauseous. If you take photographs quite often faces will appear in them. I won’t go into that particular room.

He warns people not to enter, he shouts at people, he pushes people,” Nicola Wright said.

In 2001, Professor Richard Wiseman of the University of Hertfordshire conducted a study of people spending time the vaults. In his opinion people who believed in ghosts reported more supernatural occurrences that those who did not believe, and since there were more “sightings” and odd events in rooms the participants had been told were haunted, that much of the experience was created in the minds of the people who went in there.

So, what did really people see down there? We cannot tell, but there is no doubt that the Edinburgh vaults are creepy and the history of this place is sad and dark.

As of 2015, most of the whole area is now closed to the public, and access is strictly monitored.