MessageTo Eagle.com – In the early months of 1909, a horror in the sky began to haunt the imagination of the British people.

They began to see gigantic airships and no one was sure whether they were real thing or just a product of imagination.

The first such sighting was made by a Cambridgeshire policeman, PC Kettle. On the early morning March 23, 1909, he was just patrolling Cromwell Road in Peterborough when he suddenly heard the sound of a distant motor car. As he continued to hear this sound, which he believed was the steady buzz of a high-power engine, he suddenly made an astonishing discovery.

The noise was coming from above! He looked up and saw a bright light attached to a long, oblong mass of something, clearly outlined against the stars. This very strange aerial object crossed the sky at a high speed, and soon disappeared out of sight.

The policeman, PC Kettle was not the only witness to the sightings of the strange vehicle.

These reports met a certain amount of skepticism. Was it perhaps a kite wandering over the houses? The bright light was easily explained as a Chinese lantern that had been skillfully attached to the kite.

But, there was still a small problem: How could it pass the sky at a tremendous pace?
Did it have a wind as a help? And how to explain the whirring and beating of engines?

The sighting of PC Kettle was easily dismissed because it had not been released as soon as possible after it took place. Instead, it took the police at least six weeks to explain away the incident. Seemingly, they preferred to imply that PC Kettle was a person lacking intelligence or common sense, who could not distinguish between a kite and an airship, rather than to see the local police force involved in giving credibility to such an improbable story.
At the beginning, the first witness’ observation was rather an isolated incident, but in May, other, very similar sightings began to be reported daily, throughout south-east England. Mr. C.W. Allen was driving through the village of Kelmarsh, Northamptonshire, when he and his friends suddenly heard a loud noise.

Then, above them, they could hear the “tock-tock-tock” of a motor engine. Although the sky was dark, the men could see a 100-foot (30 meters) long, torpedo-shaped airship with lights for and aft.

The vehicle was moving quickly, but the witness could still see a platform beneath it, which appeared to contain its crew. The airship then disappeared in the direction of Peterborough. Similar incidents began to be reported in increasing numbers.

What were these gigantic airships traversing the British sky? Count Zeppelin’s experiments were well-known in Britain and considering the hostility between and Britain and Germany at the time, led people to believe that the vehicles were making reconnaissance of southern England. 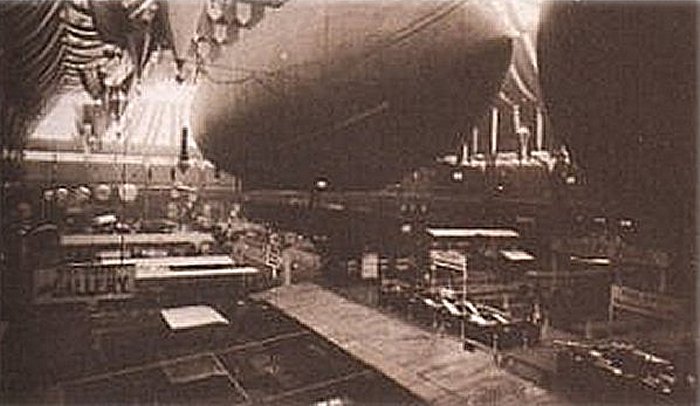 Zeppelin’s airships were very much in their experimental stages and definitely not capable of long and hazardous journeys and high-speed aerial manoeuvres, such as those frequently reported. ‘Something’ unidentified and very fast was traveling through the British ske. The mystery proved difficult to solve.

However, the hypothesis was rather flawed because soon, the sightings began to be reported from all regions of Britain.

Who, then, had enough resources to make such far-reaching reconnaissance flights and penetrate the country from above?

At the time, Germany had rather limited resources to carry out one or two two such aerial surveys. We have to remember that by Zeppelin’s death in 1917, he had built a zeppelin fleet, but they were too slow and too fragile to withstand bad weather! Zeppelin’s airships were very much in their experimental stages and definitely not capable of long and hazardous journeys and high-speed aerial manoeuvres, such as those frequently reported by the numerous witnesses of the British night scareships.

A few newspapers began to ridicule the witnesses reporting this kind of sightings and suggested them to make a contact with so called “lunacy experts”, whose diagnosis was:

“In every thousand men, there are always two every night who see strange matters – chromatic rats, luminous owls, moving lights, fiery comets and things like these.

So you can always get plenty of evidence of this sort, particularly when you suggest it to the patient first..” 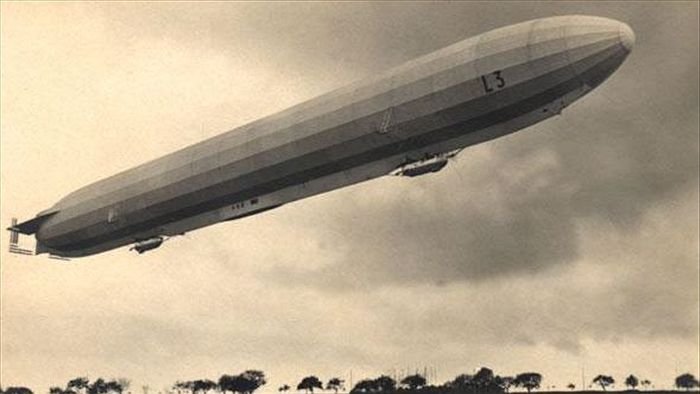 In the meantime, the airship’s activities concentrated in the region of Wales. There were also reports of “long-shaped object” with red flashing lights observed over Belfast, Northern Ireland, on May 17. In other words, the scary gigantic vehicles criss-crossing the sky of the British Isles.

Soon, there seemed to be no area of Britain which was not affected by the night appearances of scareships. The most intriguing sighting was made an elderly Punch and Judy Lethbridge.

“Yesterday, I went to Senghenydd, [roughly four miles north-west of the town of Caerphilly] and proceeded to walk home over Caerphilly Mountain. You know that the top of the mountain is a very spot. I reached it about 11 p.m. and, when turning the bend at the summit, I was surprised to see a long, tube-shaped affair lying on the grass at the roadside, with two men busily engaged with something nearby.

“They attracted my close attention because of their peculiar get-up: they appeared to have big, heavy fur coats and fur caps fitting tightly over their heads. I was rather frightened, but I continued to go on until I was within twenty yards [18 meters] of them and then my idea as to their clothing was confirmed. The noise of my little spring-cart seemed to attract them and, when they saw me, they jumped up and jabbered furiously to each other in a strange lingo-Welsh or something else; it was certainly not English. They hurried collected something on the ground, and then I was really frightened…”

The vehicle rose up slowly and when it was about a few feet off the ground, the men jumped into a kind of little carriage suspended from it and the vehicle rose in the air in a zig-zag fashion. Its two lights shone out and “the thing went higher into the air and sailed away towards Cardiff…”

When the witness, accompanied by reporters returned to the landing’s site, they found several traces left by the 45-foot (14 meters) long ding. The ground was churned-up and the entire area was covered by plenty of newspaper cuttings of accounts of airship sightings and references to the German emperor and army.

Additionally, a large quantity of papier-maché packing material was found along with a few dozen pieces of blue paper covered with strange writing, a lid of a tin metal polish and a metal pin with a red label attached to it and carrying instructions in French.

Further investigation showed that the metal pin was not a part of an explosive device of some kind, as many initially believed, but rather a valve plunger for a motor car tyre. Many other witnesses came forward to support Mr. Lethbridge’s strange sighting, and described an airship-like long object that appeared in the air the same evening between 10:40 and 10:50 p.m.

Additional testimony supporting multiple sightings of the airship wandering through the night sky of Britain, came from a group of Cardiff dockers who, about two hours after Lethbridge- encounter, saw a fast moving boat of cigar shape” flying from the direction of Newport, and going eastwards. The object was very big and had two lights. Its engines made a loud whirring noise, but it was too high up, to recognize some crew members on board.

The mystery of the scareships proved very difficult to solve. Were they only the product of a lively imagination or a hallucination of all witnesses? But the sightings of several hundred eyewitnesses could have hardly been joint hallucinations. In the spring of 1909, “something” unidentified and very fast was traveling through the British skies making night reconnaissance operations and Ferdinand von Zeppelin along with his prototype airships could not have been credited for these actions.

When an “Observer” journalist asked Count Zeppelin himself for his opinion on England’s phantom airships, his response was: “I don’t believe in ghosts.”

And yet, no contemporary airship or aeroplane of the day was capable to do what these “ghosts” did.