MessageToEagle.com – In Norse mythology there is an intriguing  and important god called Heimdallr, who is sometimes also referred to as Heimdalr and Heimdali. Heindallr possessed extraordinary powers and served as a guardian of Bifröst, the rainbow bridge in Asgard, the realm of the powerful Norse gods.

With his remarkable sight he could spot enemies at long range. When the rainbow bridge was in danger, the gods were warned by the sound of Heimdallr’s trumpet, the Gjallarhorn.

Heimdallr was the son of the great god Odin. According to Norse myths and legends he had nine mothers who were sisters.  They nursed him as a baby on the strength of the Earth, the moisture of the sea, and the heat of the Sun. It was said that Heimdallr possessed foreknowledge, keen eyesight and hearing.

As a young man, he joined his father Odin in Asgard, one of the Nine Worlds and home to the Aesir tribe of gods.

There, it was decided that Heimdallr should serve as a guardian of the rainbow bridge Bifröst. The Bifröst had just been constructed out of the three elements, fire, air and water.

The rainbow bridge was very important to the Norse gods as it connected heaven and Earth, and ended under the shade of the mighty world-tree Yggdrasil.

Rainbow Was A Powerful Symbol In People’s Ancient Beliefs

Mysterious And Powerful Valkyries In Norse Mythology: The Choosers Of The Slain

Heimdallr’s extraordinary ability to foresee coming events made him an excellent guard.

To enable Heimdallr to detect the approach of any enemy from afar, the gods increased his already well-developed senses. His eye-sight was so good that he could to see one hundred miles off as plainly by night as by day. He also required less sleep than a bird.

As if this was not enough, Heimdall was also provided with a flashing sword and a remarkable trumpet, called Giallar-horn. He was told to blow the trumpet whenever he saw enemies approaching.

“To battle the gods are called

His sound is in the air.”

Heimdallr – the bright god in white armor who illuminates the world

The meaning of his name has been discussed over the years, but most historians agree Heimdallr can be translated as “the one who illuminates the world”.

Heimdallr was always depicted in resplendent white armor, which was one of the reasons why he was called the bright god. He was just as good as beautiful. All the other gods adored and loved him. Whenever he smiled, his showed his golden teeth. He had several nicknames such as Gullintani (golden-toothed), Hallinskide and Irmin. Heimdallr lived in “a place” called Himinbjörg, near Bifröst and he owned a golden-maned horse named Gulltoppr that is mentioned in the Poetic Edda poem Grímnismál and in Nafnaþulur section of the Prose Edda.

Ragnarök and the last battle

Heimdallr, who was also warrior, was destined to be among the last to fall during the events of Ragnarök. He and his great rival, Loki are foretold to kill each other in a final duel. 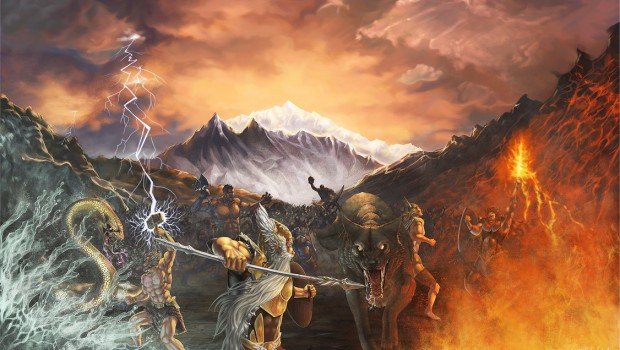 An interesting aspect about Heimdallr is that he is often credited with establishing the three social classes in Norse society.

Kevin Crossley-Holland – The Penguin Book of Norse Myths: Gods of the Vikings