Ellen Lloyd – MessageToEagle.com – Some people will do anything to become famous and the ancient Greek arsonist was certainly determined to put his name in the history books. His deeds coined the term Herostratic fame that means “fame sought by criminal or otherwise disreputable means”

Today, considered a madman by many historians, Herostratus, also called Erostratus failed to achieve honor and status in Ephesus.

We can only guess what kind of thoughts he had, but his actions resulted in the destruction of the beautiful temple of Artemis in Ephesus, one of the Seven Wonders of the ancient world. 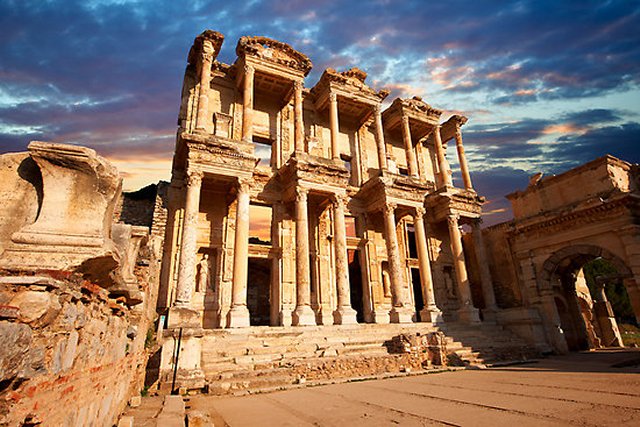 Situated on the Hellenized coast of Asia Minor, near present-day Selcuk, Turkey, Ephesus was one of the great cities of the Mediterranean. The Temple of Artemis was built by King Croesus of Lydia to replace an older site destroyed during a flood and honoring a local goddess conflated by the Greeks with Artemis, their goddess of the hunt, the wild and childbirth. The Ephesian Artemis, the “great mother goddess” was extremely popular in the ancient world. 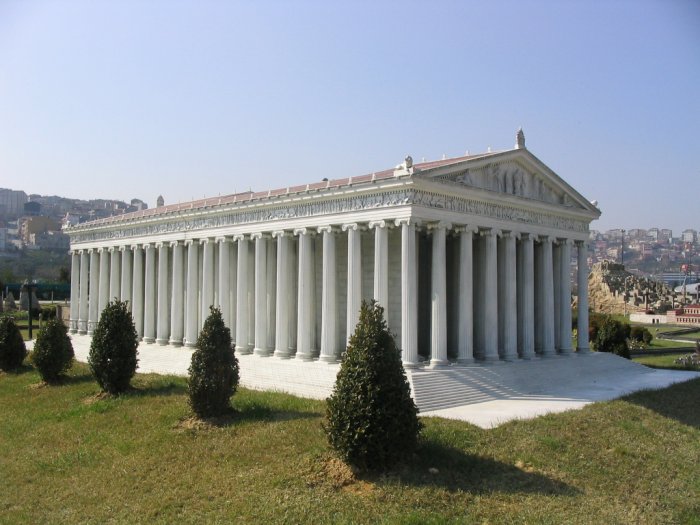 A modern model of the Temple of Artemis.

On July 21, 356 BC, Herostratus in his quest for fame set fire to the Temple of Artemis. The temple was constructed of marble and considered one of the most beautiful buildings in the world.

Herostratus was aware that he could not do much damage to the marble itself. However, if he could get to the wooden furnishings inside the temple, he would have a great chance of success. Instead of fleeing the scene, Herostratus was boastful about his deed.

Herostratus proudly claimed credit in an attempt to immortalize his name in history. He surrendered to the temple authorities and was imprisoned.

To dissuade similar-minded fame-seekers, the Ephesean authorities not only executed him but also condemned him to a legacy of obscurity by forbidding mention of his name under penalty of death.

This did not stop Herostratus from achieving his goal because his name is still remembered and lived on in classical literature. As an ancient historian named Theopompus recorded Herostratus’s arson in his book Hellenics. The arsonist’s name that the Ephesians had tried to erase has thus been preserved to this day.

Reference to Herostratus and his arson has appeared in the works of noted authors such as Chaucer, Cervantes and Sartre.

His name has become a metonym for someone who commits a criminal act in order to become famous.

In modern languages, the term “Herostratic Fame” relates to someone who commits a criminal act in order to bask in the resultant notoriety.

If you visit Ephesus today, you can only see the ruins of the foundations of this marvelous construction of the Hellenistic Age, entirely made of marble and full of sculptured columns’ capitals and shafts. The most beautiful remains of this temple are today exhibited at the London British Museum.