Cynthia McKanzie – MessageToEagle.com – A Harvard Professor in astronomy has suggested humans are part of an extraterrestrial experiment that is constantly monitored without our knowledge.

Does this sound like a plausible scenario? The truth is we do not know if an advanced alien civilization is watching us or not. 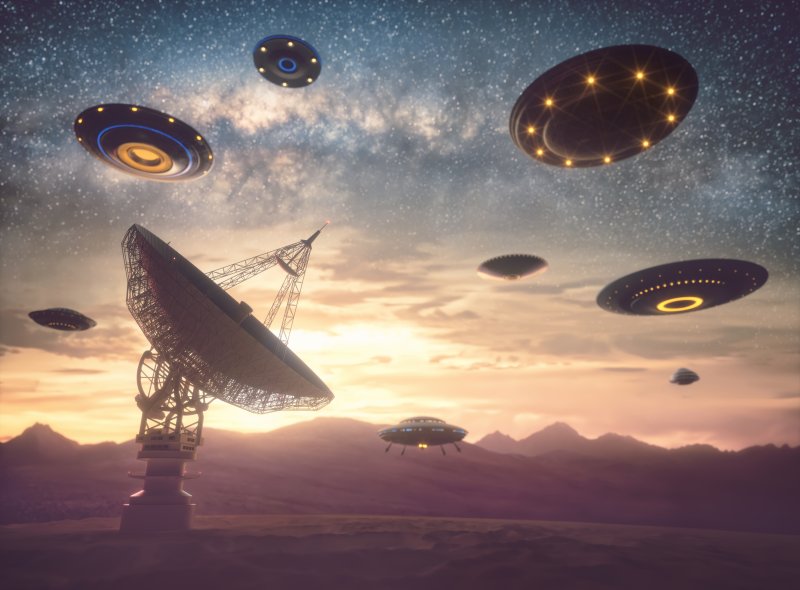 Who is monitoring who? Credit: ktsdesign – Adobe Stock

It is not the first time Harvard Professor Avi Loeb has made a statement that some scientists consider a bit controversial but his thoughts concerning extraterrestrial life are interesting.

Professor Loeb’s approach to this sensitive topic is unique because of his open-mindedness.

“‘I rule out possibilities and whatever looks the most plausible is what I put out. That’s the way science is done. You just collect more evidence,” Professor Loeb says.

Not long ago a group of scientists said there can be over 1,000 extraterrestrial space stations watching us right now, without our knowledge of course. We can neither confirm nor deny this possibility. Even our most sophisticated telescopes may not be able to detect alien probes in our vicinity. We do not know how advanced extraterrestrial technology is and if some alien species do not wish to be seen there is currently no way to spot them.

Professor Loeb has previously published a scientific paper suggesting that the unusual space object called Oumuamua could be an alien spacecraft.

When Oumuamua was originally discovered, scientists thought it was a comet, then it was later said it’s as a cucumber-shaped asteroid, but we still do not what the true nature of this object. Professor Loeb put forward his theory suggesting that with its elongated shape and peculiar nongravitational acceleration could Oumuamua be a mechanical probe — a light sail driven by sunshine sent by an extraterrestrial civilization.

Professor Loeb has made it clear on several occasions it’s arrogant to assume we are alone in the Universe.

“Intelligent life is more recent in the Earth’s history, but at the same time, given that it happened here, there is the possibility that it exists elsewhere.

Professor Loeb has also suggested we are part of an alien experiment. It’s an intriguing theory that cannot at present not be neither dismissed nor proven.

“Potentially, we could be part of an experiment where life was planted on Earth and someone is watching,” Professor Loeb said. If that’s the case, “for sure they are disappointed. That would be my assessment by reading the morning newspaper.”

In an article written for Scientific American, Professor Loeb also said: “we should consider the possibility of this being technological debris from other civilisations.” But now he more closely analysed the available evidence. “I approached this just like any other scientific anomaly.

In his book, Extraterrestrial: The First Sign of Intelligent Life Beyond Earth, Professor Loeb raises a number of interesting questions worthy of further exploration, and he explains his controversial views have been a problem to the scientific community.

As the Guardian reports, “ In Extraterrestrial, he writes that his theory “put me at odds with most of the scientific establishment”, even though, as a tenured Harvard professor on various academic boards, he worked at the core of it. When his paper was published, colleagues turned their noses up. Some thought it was ridiculous, others damaging to the community. 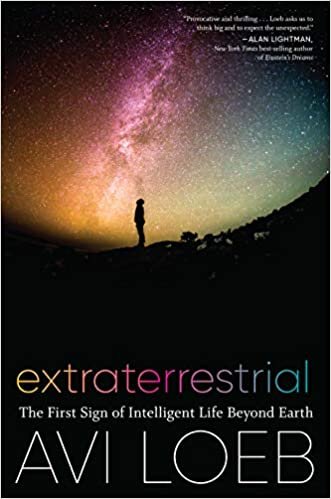 Harvard’s top astronomer lays out his controversial theory that our solar system was recently visited by advanced alien technology from a distant star.

In late 2017, scientists at a Hawaiian observatory glimpsed an object soaring through our inner solar system, moving so quickly that it could only have come from another star. Avi Loeb, Harvard’s top astronomer, showed it was not an asteroid; it was moving too fast along a strange orbit, and left no trail of gas or debris in its wake. There was only one conceivable explanation: the object was a piece of advanced technology created by a distant alien civilization.

In Extraterrestrial, Loeb takes readers inside the thrilling story of the first interstellar visitor to be spotted in our solar system. He outlines his controversial theory and its profound implications: for science, for religion, and for the future of our species and our planet. A mind-bending journey through the furthest reaches of science, space-time, and the human imagination, Extraterrestrial challenges readers to aim for the stars—and to think critically about what’s out there, no matter how strange it seems. Read more

Whenever he shared his theory, “Ninty-nine per cent of the time, I’d get this silence,” he says. On Twitter, one scientist described the hypothesis as insulting. Another said: “Next time there’s another unusual object, let’s not tell Avi!” – a petty swipe, Loeb’s theory reduced to a punchline. “That made me upset,” he says.

“It’s like kindergarten. Let’s just talk about the science!” The reactions still bother him. “If someone comes to me and says, ‘For these scientific reasons, I have a scenario that makes much more sense than yours,’ then I’d rip that paper up and accept it,” he says. “But most of the people who attacked, they hadn’t even looked at my paper, or read the issues, or referred to the items we discussed.”

He explains subjects like UFOs and the search for extraterrestrial life are often dismissed as nonsense and this should change.

“My point is, how dare scientists shy away from this question, when they have the technology to address it, and when the public is extremely interested – while at the same time you have theoretical physicists talking about extra dimensions, string theory, about the multiverse? The multiverse is extremely popular in the mainstream. You ask yourself, how can that be part of the conservative mainstream” – but not the search for extraterrestrial life?” Professor Loeb explained.

Professor Loeab says that one reason for writing this book was to inspire emerging scientists to remain open-minded, to take the possibility of extraterrestrial life seriously enough.