Cynthia McKanzie – MessageToEagle.com –For almost a century, physicists have been intrigued by the fundamental question: why are complex numbers so important in quantum mechanics, that is, numbers containing a component with the imaginary number i?

Usually, it was assumed that they are only a mathematical trick to facilitate the description of phenomena, and only results expressed in real numbers have a physical meaning. However, a Polish-Chinese-Canadian team of researchers has proved that the imaginary part of quantum mechanics can be observed in action in the real world. 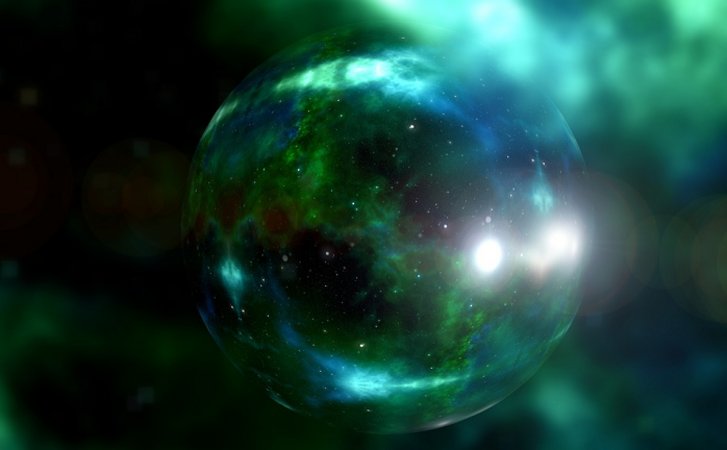 We need to significantly reconstruct our naive ideas about the ability of numbers to describe the physical world. Until now, it seemed that only real numbers were related to measurable physical quantities.

“In physics, complex numbers were considered to be purely mathematical in nature. It is true that although they play a basic role in quantum mechanics equations, they were treated simply as a tool, something to facilitate calculations for physicists. Now, we have theoretically and experimentally proved that there are quantum states that can only be distinguished when the calculations are performed with the indispensable participation of complex numbers,” explains Dr. Streltsov.

Complex numbers are made up of two components, real and imaginary. They have the form a + bi, where the numbers a and b are real. The bi component is responsible for the specific features of complex numbers. The key role here is played by the imaginary number i, i.e. the square root of -1.

There is nothing in the physical world that can be directly related to the number i. If there are 2 or 3 apples on a table, this is natural. When we take one apple away, we can speak of a physical deficiency and describe it with the negative integer -1. We can cut the apple into two or three sections, obtaining the physical equivalents of the rational numbers 1/2 or 1/3. If the table is a perfect square, its diagonal will be the (irrational) square root of 2 multiplied by the length of the side. At the same time, with the best will in the world, it is still impossible to put i apples on the table.

The surprising career of complex numbers in physics is related to the fact that they can be used to describe all sorts of oscillations much more conveniently than with the use of popular trigonometric functions. Calculations are therefore carried out using complex numbers, and then at the end only the real numbers in them are taken into account.

Compared to other physical theories, quantum mechanics is special because it has to describe objects that can behave like particles under some conditions, and like waves in others. The basic equation of this theory, taken as a postulate, is the Schrödinger equation. It describes changes in time of a certain function, called the wave function, which is related to the probability distribution of finding a system in a specific state. However, the imaginary number i openly appears next to the wave function in the Schrödinger equation.

“For decades, there has been a debate as to whether one can create coherent and complete quantum mechanics with real numbers alone. So, we decided to find quantum states that could be distinguished from each other only by using complex numbers. The decisive moment was the experiment where we created these states and physically checked whether they were distinguishable or not,” says Dr. Streltsov, whose research was funded by the Foundation for Polish Science.

The experiment verifying the role of complex numbers in quantum mechanics can be presented in the form of a game played by Alice and Bob with the participation of a master conducting the game. Using a device with lasers and crystals, the game master binds two photons into one of two quantum states, absolutely requiring the use of complex numbers to distinguish between them. Then, one photon is sent to Alice and the other to Bob. Each of them measures their photon and then communicates with the other to establish any existing correlations. 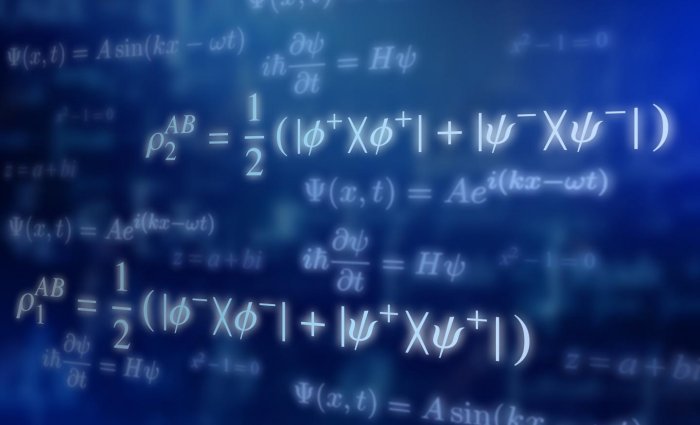 Photons can be so entangled that within quantum mechanics their states cannot be described without using complex numbers.  Credit: QOT/jch

“Let’s assume Alice and Bob’s measurement results can only take on the values of 0 or 1. Alice sees a nonsensical sequence of 0s and 1s, as does Bob. However, if they communicate, they can establish links between the relevant measurements. If the game master sends them a correlated state, when one sees a result of 0, so will the other. If they receive an anti-correlated state, when Alice measures 0, Bob will have 1. By mutual agreement, Alice and Bob could distinguish our states, but only if their quantum nature was fundamentally complex,” says Dr. Streltsov.

An approach known as quantum resource theory was used for the theoretical description. The experiment itself with local discrimination between entangled two-photon states was carried out in the laboratory at Hefei using linear optics techniques. The quantum states prepared by the researchers turned out to be distinguishable, which proves that complex numbers are an integral, indelible part of quantum mechanics.

The achievement of the Polish-Chinese-Canadian team of researchers is of fundamental importance, but it is so profound that it may translate into new quantum technologies. In particular, research into the role of complex numbers in quantum mechanics can help to better understand the sources of the efficiency of quantum computers, qualitatively new computing machines capable of solving some problems at speeds unattainable by classical computers.