A. Sutherland– MessageToEagle.com – Massive enigmatic remains found all over the South American continent bear witness to the fact that ten thousand years ago in the Andes, there were highly advanced people.

Who were these strangers and where did they come from? Some think these people were the last Atlanteans. 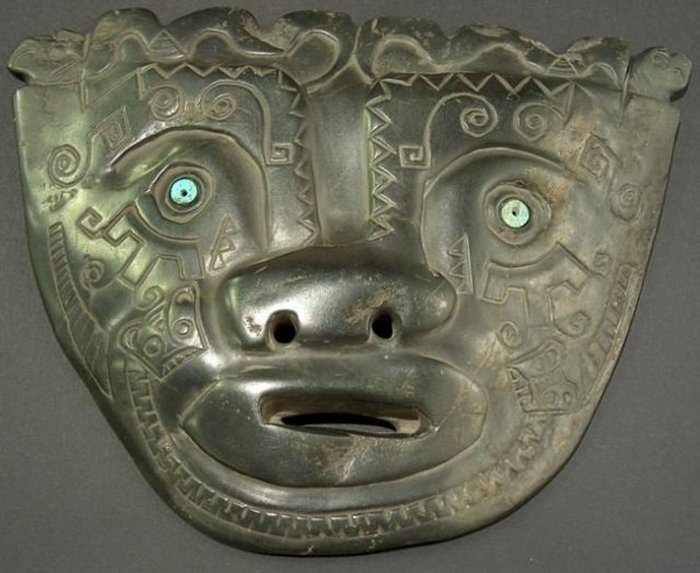 People who wore this mask were certainly over 2.5 meters tall. Credit: Klaus Dona

According to Inca legends, the city of Tiahuanaco in Bolivia was built by giants, survivors of the Flood. The city’s famous ruins we admire today, comprise what was once a whole city built on the scale of people whose average height was gigantic, between 10 and 12 feet.

Before the reign of the Incas, others had appeared all over South America.

The Inca legends mention an invasion by giants of such height that normal men came only up to their knees and in a little museum of pottery and carved stones in the vicinity of Puerta del Sol, located at Tiwanaku, Bolivia’s most important archaeological site, “there is a series of human skulls ranging in size from that of Cro-Magnon man to that of giants who must have been at least ten feet tall. The largest of these skulls has a height and a width of about fourteen inches…” writes Robert Charroux in his “Lost Worlds”.

In fact, the earliest reports on South American giants originate from the writings of one of the first chroniclers of South America, Cieza de Leon, who met the natives and listened to their stories.

“The natives tell, from what they heard through their fore-fathers, who heard and had it from far back,” reported Cieza de Leon, “that there came by sea in rafts of reeds after the manner of large boats, some “men were so tall that from the knee down they were as big as the full length of an ordinary fair-sized man…” 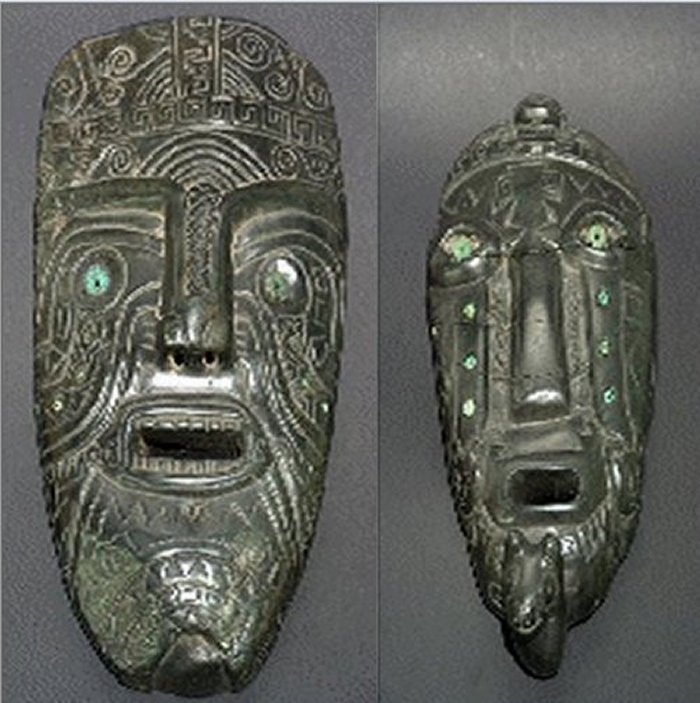 Additionally, more proof of the past existence of giants in Inca lands came from the City of Kings (Lima, Peru), where “certain bones of men who must have been even larger than the giants” of Santa Elena were excavated.

“We may gather, that since so many persons saw and affirmed these things, these giants really did exist,” concluded Pedro de Cieza de Leon in his report.

The Ancient Giants Who Ruled America: The Missing Skeletons And The Great Smithsonian Cover-Up

More About The Ancient World

Austrian researcher Klaus Dona, a well-known and respected artifact researcher, has devoted many years of travel, during which he documented the findings that official science could not explain.

Dona has one of the world’s largest collection of evidence in anomalous and unexplained artifacts.

Among these artifacts, there are four mysterious giant masks of hard stone unearthed during the excavations at Puma Punku, Bolivia.

“When I first time got this mask in my hands, I tried to look through the two eyes. At that time I didn’t know that they were belonging to 2.6-meter skeletons. 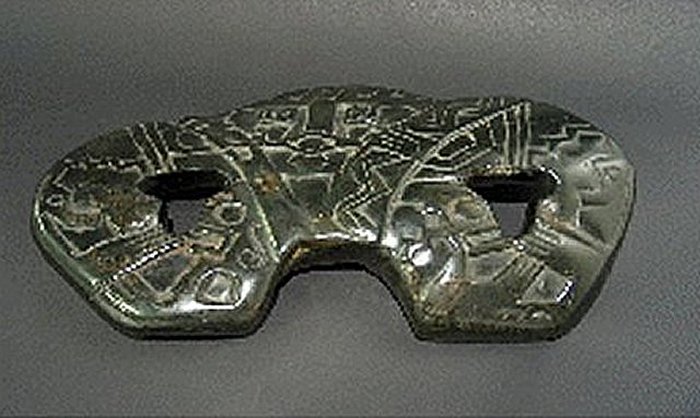 I was just wondering why did they make masks where you can only look out from one eye? But after knowing that those people were over 2.5 meters, I could imagine that their skull was, of course, bigger than our skull and that’s why these masks were, for us, oversized,” Dona explained.

Inscriptions on these masks are beautiful and very interesting, but very difficult to decipher, according to researchers.

Instead of eyes, the masks have two blue stones and contain symbols that can be found in many cultures around the globe. The masks are made of very hard stone, making the stone grinding process very complicated.

Could these incredible masks offer evidence of giants’ presence in Bolivia or were they simply used in rituals?