Cynthia McKanzie -MessageToEagle.com – Many scientific labs are trying to detect dark matter since the Earth is moving in a cosmic wind of the dark matter.

String theory makes specific, testable predictions about the physical properties of dark matter because dark matter is probably a higher vibration of the string, writes Michio Kaku in his famous book “Physics of the Impossible“.

Dark matter is still elusive and a mystery. No one knows what it consists of and no one has seen it, because it doesn’t interact with the matter scientists know about.

For many years, people have envisioned the existence of other worlds, in which it must apply the law of our own – real – world. People have imagined the other world is a mirror of own world we live in. 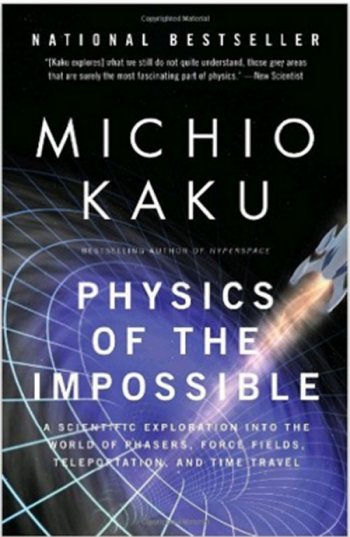 Teleportation, time machines, force fields, and interstellar space ships—the stuff of science fiction or potentially attainable future technologies? Inspired by the fantastic worlds of Star Trek, Star Wars, and Back to the Future, renowned theoretical physicist and bestselling author Michio Kaku takes an informed, serious, and often surprising look at what our current understanding of the universe’s physical laws may permit in the near and distant future.Entertaining, informative, and imaginative, Physics of the Impossible probes the very limits of human ingenuity and scientific possibility. Read more

Many of us are acquainted with certain parallel worlds called mirror worlds described in James Oliver Rigney, Jr.’s series of epic fantasy novels entitled “The Wheel of Time “or perhaps with diverse other books and novels devoted to a concept of parallel universes or alternate realities.

Based on the theory of strings, instead of particles, we talk about the strings (like guitar strings) with a thickness of 10-33cm and these strings existed before the Big Bang.

String theory assumes that particles are not points; instead, they are tiny vibrating strings.

Attempts to find a mirror image of our world is made by physicists in their laboratories, but until now, these attempts have not been successful.

A final identification of what makes up the enigmatic dark matter would open up whole new areas of research including the possibility of multiple universes and other dimensions, physicists say.

With help of the Alpha Magnetic Spectrometer, a particle detector operating onboard the International Space Station since 2011, scientists have counted more than 400,000 positrons, the antimatter equivalent of electrons!

The End Of Our Universe: Can We Escape To A Parallel Universe And Avoid The “Big Freeze”?

Parallel Realities And Timelines – How Do They Affect The Earth And Our Lives?

Gateways To Parallel Universes: Opening Doors To Places Where The Gods Themselves Reside

Apparently, it’s the existence of a new physical phenomenon – and it could, in fact, be a sign of dark matter.

‘There could be a mirror world where interesting things are going on,’ according to James Bullock of the University of California at Irvine.

The findings are based on an excess of positrons – positively charged subatomic particles.

‘This is an 80-year-old detective story and we are getting close to the end,’ said University of Chicago physicist Michael Turner, one of the giants in the field of dark matter.

‘This is a tantalizing clue and further results from AMS could finish the story.’

This dramatic new theory claims it could be hiding a ‘mirror world’ that would rewrite our understanding of the Universe.

On This Day In History: Alexander The Great Defeats Darius III Of Persia In The Battle Of The Granicus On May 22, 334 B.C.