Cynthia McKanzie – MessageToEagle.com – In recent times, more and more people have started to discuss the possibility there is a hidden connection between the human mind and quantum physics. This has given rise to a relatively new term – quantum consciousness.

To put it in simple terms one could say that supporters of the quantum consciousness theory suggest that the human mind is connected to universal consciousness. This universal mind is able to exert control over the very nature of reality. Is it possible there is a universal mind?

It is not an easy question to answer and some prominent physicists will say it’s possible. Others have strong objections against this theory. As soon as terms like consciousness and nature of reality are mentioned there tend to be heated debates among scholars. If we add to this quantum physics everything gets even more complicated.

To begin with, we must ask – what is consciousness? Most will agree that consciousness can be defined as awareness. The fact that you are aware of your unique thoughts, memories, feelings, sensations, and environment, makes you a conscious being. 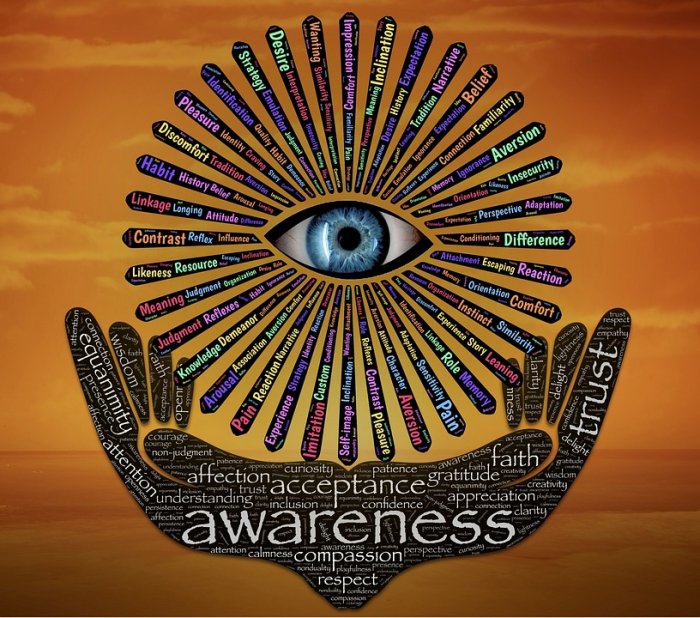 Consciousness is that we are aware of our surroundings and emotions. Credit: Public Domain

Next, we can ask – do we have consciousness, or are we consciousness? Is it possible that our consciousness is some kind of illusion? Does it sound strange to suggest that what you actually see is nothing more than an illusion? This is a subject we have discussed in other articles on MessageToEagle.com. As previously mentioned, a cognitive scientist has put forward an intriguing theory suggesting that we live in a conceptual prison and only see glimpses of reality. This would mean that reality as we perceive it may only be a tiny fraction of true existence.

While conducting some quantum experiments discovered that reality does not exist unless we are looking at it.

Another researcher suggested that we are living in a hologram and our reality is controlled by an evil genius.

There are many reasons why the nature of reality is often debated among scientists, especially physicists and philosophers. “My natural inclination is to be a realist. But if you’re going to be a realist about the quantum world then you’re left with a world that’s very peculiar. So peculiar, in fact, that the idea that it only exists because of us seems almost sensible,” Chris Timpson, a philosopher of physics at the University of Oxford said.

Since the proper definition of consciousness and reality creates problems, it’s no wonder few can tell whether quantum consciousness is real or not. But let’s speculate and find out what experts have to say about the possibility of a universal mind.

What Do Scientists Say About Quantum Consciousness?

Sir Roger Penrose, an English mathematical physicist, mathematician and philosopher of science, who is today recognized as one of the world’s most famous scientists believes that consciousness has quantum origins.

“We need a major revolution in our understanding of the physical world in order to accommodate consciousness. The most likely place, if we’re not going to go outside physics altogether, is in this big unknown—namely, making sense of quantum mechanics,“ Sir Penrose said in an interview with Nautilus.

Sir Penrose’s theory is based on the basic properties of quantum computing in which qubits of information can be in multiple states. It’s just like the quantum phenomenon called superposition according to which an atom to be simultaneously ‘here’ and ‘there’.

Quantum Mechanics Could Explain Telepathy – Is Everything Connected?

Stuart Hameroff,  an anesthesiologist and professor at the University of Arizona developed a theory that explain how structures called microtubules, which transport material inside cells, underlie our conscious thinking. Many scientists have treated Hameroff’s quantum theories as outlandish, but Sir Penrose’s theory draws upon the work of Hameroff.

Penrose first proposed that quantum effects feature in human cognition in his 1989 book The Emperor’s New Mind. The idea is called Orch-OR, which is short for “orchestrated objective reduction”. Both scientists agree that meaningful actions occur at the impossibly small quantum level, where subatomic particles like photons and electrons exhibit bizarre behavior. Quantum physics drives consciousness.

Far from all scientists agree on this subject and this theory has met strong criticism. 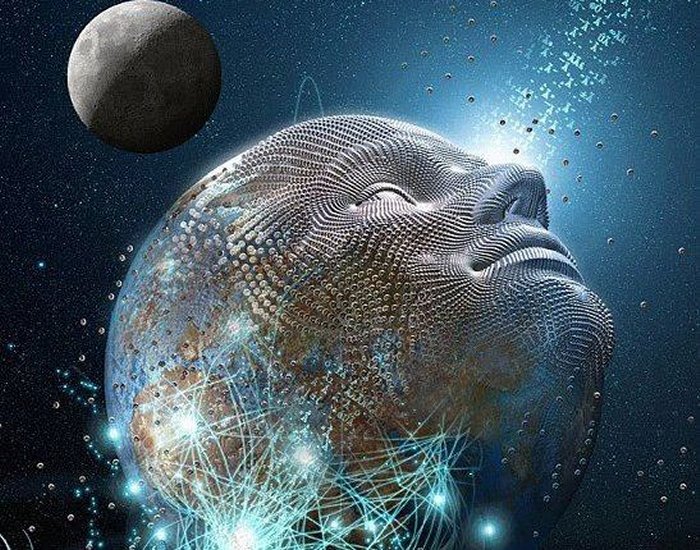 What is the connection between reality and quantum consciousness? Credit: Public Domain

Physicist Victor J. Stenger has expressed strong objections and he considers it far-fetched to imply our minds are somehow influenced by the universe. In Stenger’s opinion, quantum consciousness is simply a myth, nothing more.

“The overwhelming weight of evidence, from seven decades of experimentation, shows not a hint of a violation of reductionist, local, discrete, non-superluminal, non-holistic relativity and quantum mechanics—with no fundamental involvement of human consciousness other than in our own subjective perception of whatever reality is out there. Of course, our thinking processes have a strong influence on what we perceive.

But to say that what we perceive therefore determines, or even controls, what is out there is without rational foundation. The world would be a far different place for all of us if it was just all in our heads—if we really could make our own reality as the mystics believe. The fact that the world rarely is what we want it to be is the best evidence that we have little to say about it. The myth of quantum consciousness should take its place along with gods, unicorns, and dragons as yet another product of the fantasies of people unwilling to accept what science, reason, and their own eyes tell them about the world,” Stenger writes in his science paper The Myth of Quantum Consciousness.

Does this mean that quantum consciousness is real? Can we offer proof of a universal mind? No, we cannot, at least not yet.  Perhaps consciousness is subjective experience, and it is currently simply beyond the capacity of science to explain. 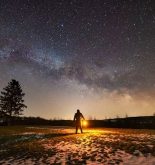