Eddie Gonzales Jr.- MessageToEagle.com – Jupiter has nearly 80 moons, the four largest of which are Io, Europa, Ganymede, and Callisto.

Astronomers have now found evidence that not only are Jupiter’s moons warming each other, but some of them are warm enough to have oceans of liquid waters. Could there also be some kind of alien life there?

Jupiter’s moons are far from the Sun, but in a process called tidal heating, gravitational tugs from Jupiter’s moons and the planet itself stretch and squish the moons enough to warm them.

As a result, some of the icy moons contain interiors warm enough to host oceans of liquid water, and in the case of the rocky moon Io, tidal heating melts rock into magma. 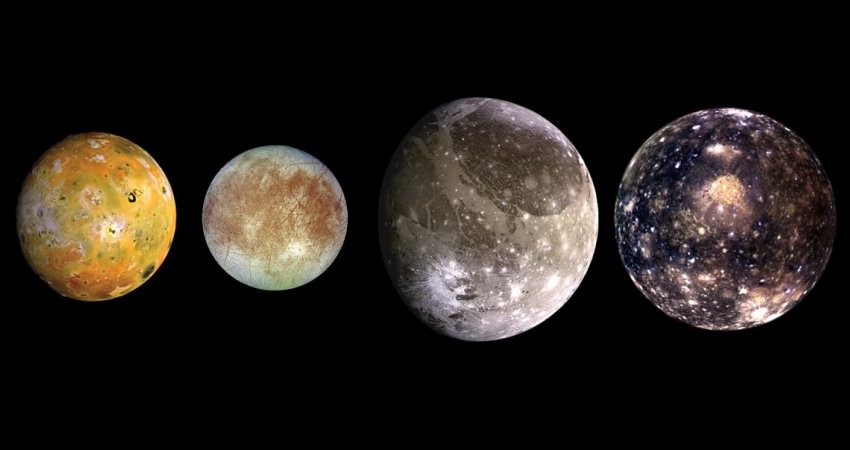 The four largest moons of Jupiter in order of distance from Jupiter: Io, Europa, Ganymede and Callisto. Credit: NASA

Researchers previously believed that the gas giant Jupiter was responsible for most of the tidal heating associated with the liquid interiors of the moons, but a new study published in Geophysical Research Letters found that moon-moon interactions may be more responsible for the heating than Jupiter alone.

“It’s surprising because the moons are so much smaller than Jupiter. You wouldn’t expect them to be able to create such a large tidal response,” said the paper’s lead author Hamish Hay, a postdoctoral fellow at the Jet Propulsion Laboratory in Pasadena, California.

Understanding how the moons influence each other is important because it can shed light on the evolution of the moon system as a whole.

“Maintaining subsurface oceans against freezing over geological times requires a fine balance between internal heating and heat loss, and yet we have several pieces of evidence that Europa, Ganymede, Callisto and other moons should be ocean worlds,” said co-author Antony Trinh, a postdoctoral research fellow in the Lunar and Planetary Lab.

“Io, the moon closest to Jupiter, shows widespread volcanic activity, another consequence of tidal heating, but at a higher intensity likely experienced by other terrestrial planets, like Earth, in their early history.

Ultimately, we want to understand the source of all this heat, both for its influence on the evolution and habitability of the many worlds across the solar system and beyond.”

Each moon’s natural frequency depends on the depth of its ocean. 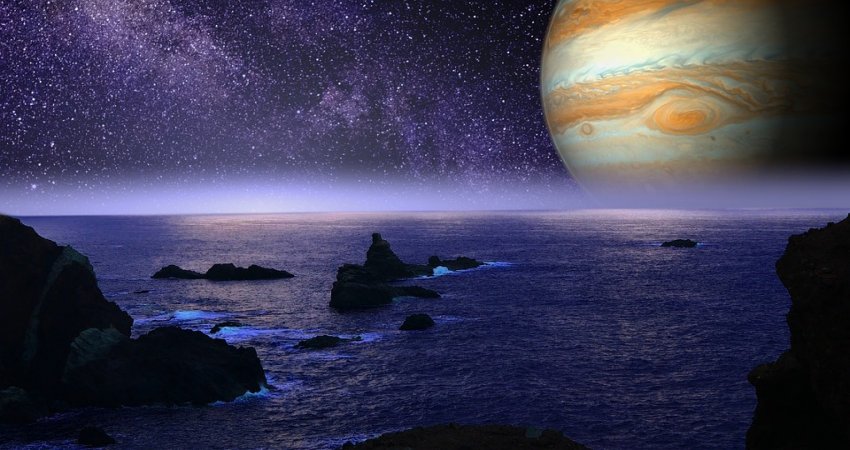 “These tidal resonances were known before this work, but only known for tides due to Jupiter, which can only create this resonance effect if the ocean is really thin (less than 300 meters or under 1,000 feet), which is unlikely,” Hay said. “When tidal forces act on a global ocean, it creates a tidal wave on the surface that ends up propagating around the equator with a certain frequency, or period.”

According to the researchers’ model, Jupiter’s influence alone can’t create tides with the right frequency to resonate with the moons because the moons’ oceans are thought to be too thick. It’s only when the researchers added in the gravitational influence of the other moons that they started to see tidal forces approaching the natural frequencies of the moons.

When the tides generated by other objects in Jupiter’s moon system match each moon’s own resonant frequency, the moon begins to experience more heating than that due to tides raised by Jupiter alone, and in the most extreme cases, this could result in the melting of ice or rock internally.

For moons to experience tidal resonance, their oceans must be tens to hundreds of kilometers—at most a few hundred miles—thick, which is in range of scientists’ current estimates.

Leading space experts are convinced extraterrestrial life exists on Jupiter’s Moon Europa and these alien lifeforms are most likely indigenous.